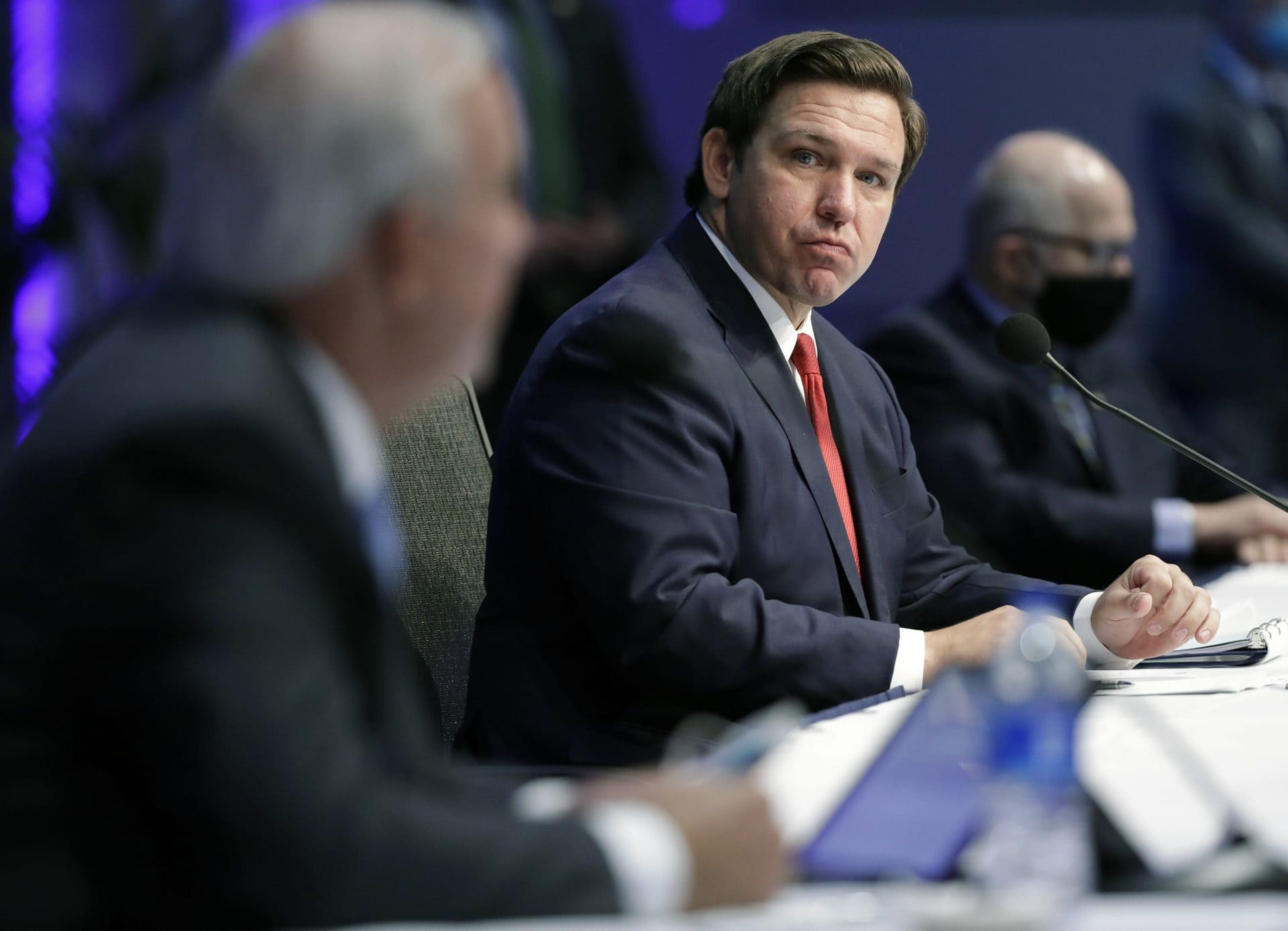 Ron DeSantis wants to make serological testing available for anyone who wants it. Image via AP.

Gov. Ron DeSantis says he wants the state to expand its COVID-19 antibody testing capabilities and to commission a study on how widespread undocumented infections are.

Antibody testing, which indicates whether someone already fought off the virus, are available on demand for medical professionals and first responders at several drive-thru facilities. But with a limited number of serological tests, members of the general public have only been tested through scientific studies.

The U.S. Centers for Disease Control and Prevention conducted one study in South Florida and the University of Miami conducted a test in Miami-Dade County, both suggesting the virus was an order of magnitude more prevalent than diagnostic testing alone indicates.

During a news briefing Monday with health officials from from UF Health Central Florida at The Villages, DeSantis encouraged the health care system to conduct a new test in partnership with the state. With antibodies’ increasing prevalence, or seroprevalence, comes herd immunity, some believe.

“I think it’s very important as we get through this period, but not knowing what may happen in the fall and as you get into flu season, to have that source of information I think is going to be very, very important. So we want to work to get that done,” DeSantis said.

In April, the Centers for Disease Control and Prevention estimated 1.85% of people in Miami-Dade, Broward, Palm Beach and Martin counties had COVID-19 antibodies. The study sampled 1,742 individuals between April 6 and April 10 and suggested the pandemic was 11 times more prevalent than diagnostic testing at the time indicated.

A University of Miami study found that about 165,000 Miami-Dade County residents had antibodies by the time 10,600 had tested positive, making the pandemic roughly 16 times more widespread than diagnostic testing suggested.

Outside of studies, the Governor wants to make the serologic tests available on a broader scale and said the state is working on ways to get more testing. Blood tests return whether someone has warded off the disease in 15 minutes rather than the days or weeks it takes to return a nose swab used in diagnostic testing.

“The problem is if you’re negative, it doesn’t mean that you can’t get it the next day. It’s really a fleeting thing to have a negative test,” DeSantis said. “If you do an antibody test and you have the antibodies, well that’s something that’s very significant in terms of the information.”

Meanwhile, the state has diagnosed 206,447 individuals with the disease out of 2.2 million tested as of Monday morning.