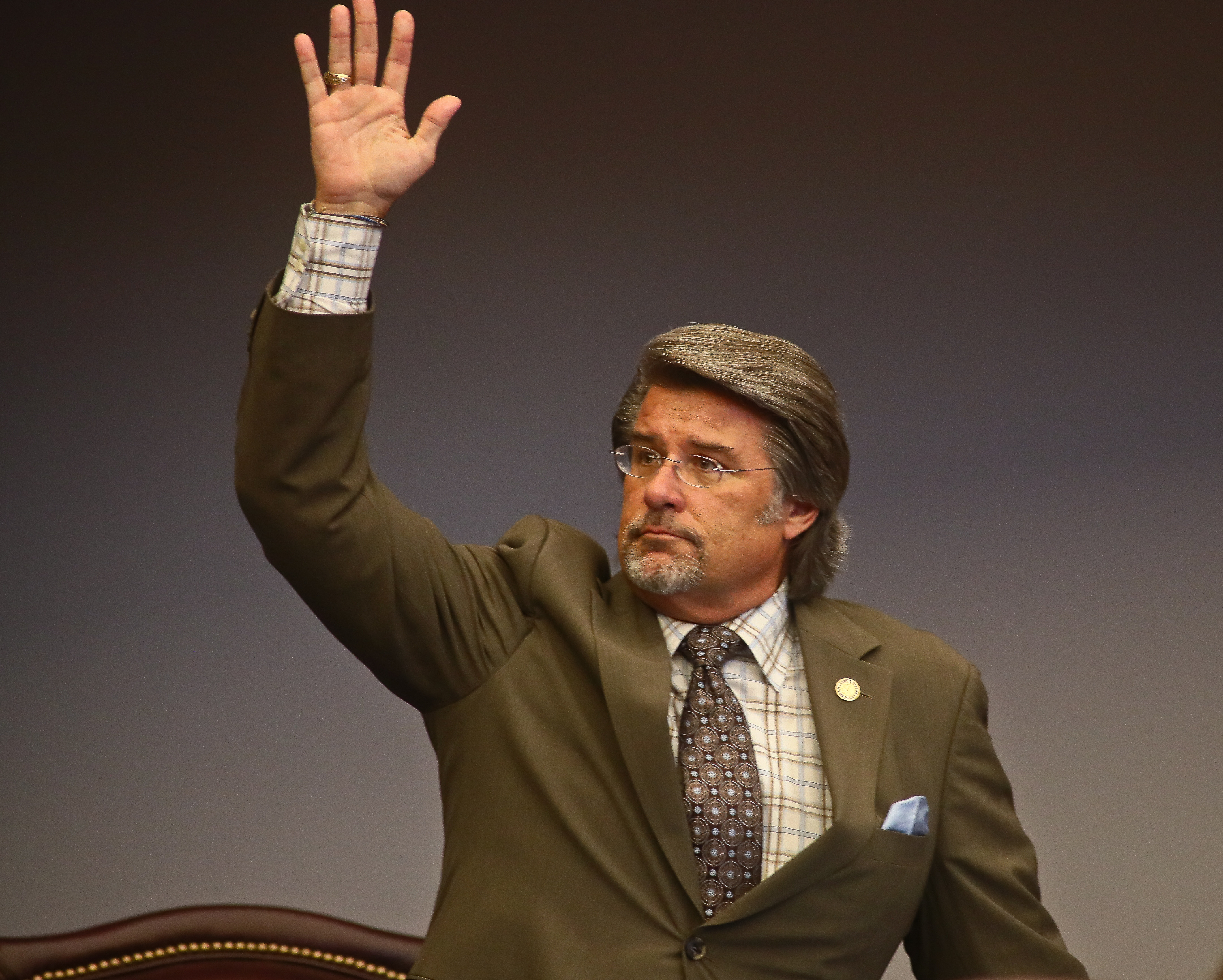 Florida Senate Democrats hit Gov. Ron DeSantis for what they call absent leadership in the state’s COVID-19 response as the second wave of new diagnoses continues to build.

With the Governor on Tuesday highlighting transitional nursing homes for elderly patients who are stable enough to not be hospitalized but still have the virus, incoming Senate Democratic Leader Gary Farmer pointed to that as a silent admission that hospitals are already feeling the strain of the pandemic.

“I think what you saw today in the announcement of the opening of these COVID-only temporary hospitals is recognition by the Governor and the Department of Health of the storm that is on the horizon and moving our way quickly,” Farmer said.

“We are at a tipping point,” she said. “We might even be beyond the tipping point given the numbers that we’re seeing.”

State health officials reported a record 11,458 new cases on the morning of the Fourth of July. And Tuesday morning brought 7,361 new infections with a high positivity rate of 16.3%.

At the time of publication, ICU capacity was full at 56 hospitals statewide, and all but 16% of beds were filled. DeSantis has highlighted the statewide metric in recent press conferences, but Sen. Janet Cruz said using the aggregate doesn’t reflect what’s happening at the local level as hospitals fill up.

“You’ve got to get your effing head out of the sand,” she said.

The Tampa Democrat urged seniors to not drink the Governor’s Kool-Aid of the rhetoric and policies that make up his reelection campaign. And others noted herd immunity would not work, pointing to death rates in Sweden and Spain.

“What’s happening here is that our leadership in this state, they are willing to let seniors die as part of collateral damage so that they can move on and open up businesses in this state,” Cruz added.

DeSantis on Tuesday touted the state’s protections for elderly individuals as the best in the nation.

“All in all, I don’t think any other state in the country has done what we’ve done to protect the vulnerable here in the state of Florida,” he said.

For the first time since the state began reporting the median age of new cases, that metric was up to 40. The Governor says that had been in the 50s until the end of May, before that metric plummeted into the early and mid 30s.

But over the past two weeks, it has crawled its way back up, suggesting older people are now catching the virus.

With more patients entering hospitals, some hospitals are again suspending elective surgeries, which DeSantis allowed hospitals to restart in early May. Miami Democratic Sen. Annette Taddeo noted that decision came from the hospitals rather than an elected official.

She also called for leadership on contact tracing, a topic that seemingly left DeSantis and Miami-Dade Republican Mayor Carlos Gimenez pointing fingers at each other at the conclusion of Tuesday’s press conference. In an earlier statement to the press, Gimenez had said only the Florida Department of Health (DOH) could hire contact tracers. But DeSantis disputed that, and both declined to clarify in follow-up questions.

Contact tracers have struggled to reach known positives. The Governor noted that some young adults have been informally contact tracing after one guest tests positive after a party.

Farmer also renewed Democrats’ call for a statewide mask order, which the Governor has declined. Instead, he has left that option up to local leaders, citing the legal challenge in enforcing a mandate.

Berman also called for a status report from Surgeon General Scott Rivkees. The Department of Health head made numerous public appearances in the early days of the pandemic, but hasn’t joined the Governor for a press conference in months.