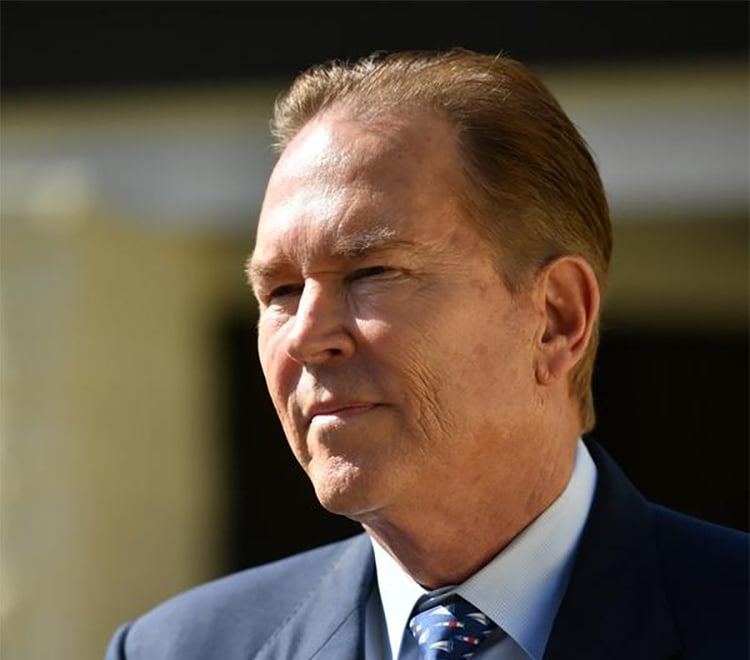 At least a dozen lawmakers have ties to organizations that received federal coronavirus aid, according to newly released government data, highlighting how Washington insiders were both author and beneficiary of one of the biggest government programs in U.S. history.

Under pressure from Congress and outside groups, the Trump administration this week disclosed the names of some loan recipients in the $659 billion Paycheck Protection Program, launched in April to help smaller businesses keep Americans employed during the pandemic. Connections to lawmakers, and the organizations that work to influence them, were quickly apparent.

Among businesses that received money was a California hotel partially owned by the husband of House Speaker Nancy Pelosi, as well as a shipping business started by Transportation Secretary Elaine Chao’s family. Chao is married to Senate Majority Leader Mitch McConnell.

Car dealerships owned by at least three Republican House members — Reps. Roger Williams of Texas, Vern Buchanan of Longboat Key, and Mike Kelly of Pennsylvania — received money. So, too, did fast-food franchises owned by Rep. Kevin Hern, an Oklahoma Republican, a law firm owned by the husband of Sen. Jeanne Shaheen, a New Hampshire Democrat, and the former law firm of Rep. Matt Cartwright, a Pennsylvania Democrat, which employs his wife.

Money also flowed to a farming and equipment business owned by the family of Rep. Vicky Hartzler, a Missouri Republican, and a regional casino company led by the husband of Rep. Susie Lee, a Nevada Democrat.

Members of Congress and their families are not barred from receiving loans under the PPP, and there is no evidence they received special treatment. Loans were granted to Democrats and Republicans alike, something President Donald Trump’s campaign was quick to highlight when records showed donors to his campaign coffers were among the earliest beneficiaries.

Hundreds of millions of dollars also flowed to political consultants, opposition research shops, law firms, advocacy organizations and trade associations whose work is based around influencing government and politics.

While voting, lobbying and ultimately benefiting from legislation aren’t illegal, advocates say the blurred lines risk eroding public trust in the federal pandemic response as Congress begins debating yet another round of coronavirus relief.

“It certainly looks bad and smells bad,” said Aaron Scherb, a spokesperson for Common Cause, a watchdog group whose education arm was also approved for a loan through the program. Members of Congress should not be allowed to vote on bills in which they can personally benefit, he said.

As of June 30, the Treasury Department program had handed out $521 billion to industries including manufacturing, construction, restaurants and hotels.

Treasury identified just a fraction of the total borrowers Monday, naming only companies that got more than $150,000. Those firms made up less than 15% of the nearly 5 million small companies and organizations that received assistance.

Many of the lawmakers connected to loan awards emphasized they weren’t part of the application process.

A spokesperson for Pelosi said her husband, Paul, is a minority investor in the company that owns the El Dorado Hotel in the wine-country town of Sonoma, Calif. Paul Pelosi has a 8.1% stake in the company, valued at $250,000 to $500,000, Pelosi’s office said.

“Mr. Pelosi is a minor, passive investor in this company,” said the Democratic speaker’s spokesperson, Drew Hammill. “He was not involved in or even aware of this PPP loan.” The firm, EDI Associates, is listed as a recipient of a loan between $350,000 and $1 million.

New York-based Foremost Maritime Co., founded by Chao’s parents and run by her sister, was cleared for a loan valued between $350,000 and $1 million. McConnell, a Republican seeking reelection in Kentucky, said Tuesday: “Neither my wife, nor I, have anything to do with that business and didn’t know anything about it.”

The Shaheen & Gordon law firm in Dover, New Hampshire, got a loan of $1 million to $2 million. The firm is owned by Jeanne Shaheen’s husband, William Shaheen. A title company partially owned by William Shaheen got a $160,000 loan and a half dozen companies he partially owns or another relative owns got loans, below $150,000.

Jeanne Shaheen said she “was not involved in any way in applying for those loans nor do I have anything to do with their businesses, and Congress had no role in processing PPP applications.″

Williams, who had a net worth of over $27 million in 2018, received a loan for his Roger Williams Chrysler Dodge Jeep dealership in Weatherford, Texas. Williams is president and CEO of JRW Corp. of Fort Worth, which is listed as receiving a loan of $1 million to $2 million. “Like every other company who accepted a small business loan, our business qualified under law and regulation, and today over 100 of our employees are grateful that we did,″ Williams said in a statement.

Buchanan, whose net worth is estimated at $74 million, received three loans for car dealerships totaling $2.7 million to $7 million. He told the Tampa Bay Times that he hoped any eligible small business “would use the program to make sure their workers continued to get paid during this difficult period.”

At least five car dealerships owned by the husband of Rep. Carol Miller, a West Virginia Republican, also received loans, each ranging from $350,000 to $1 million, the data show.

Other lawmakers, while distancing themselves from the loan process, sought to portray the PPP program as a success story.

Hern’s Tulsa-based KTAK Corp., a management company for several McDonald’s restaurants, received $1 million to $2 million. Hern isn’t involved in the day-to-day operations, but “he is happy to share that the family business was able to keep all employees either at their current level of employment or move part-time employees to full time,” Hern’s chief of staff, Cameron Foster, said. Four businesses owned by fellow Rep. Markwayne Mullin, an Oklahoma Republican, received at least $800,000.

Full House Resorts, a Las Vegas-based casino company led by Lee’s husband, Daniel, got two loans totaling $5.6 million, according to the Securities and Exchange Commission. The company said the funds would be used to rehire several hundred employees and prepare to reopen two casinos in Indiana and Colorado.

A spokesperson said Tuesday that Lee did not know about the company’s intention to apply for a loan when she and other Nevada lawmakers pushed for a rule change to allow small casinos to receive the loans. She had no influence over the application or any aspect of Full House’s business or decision making, spokesperson Jesus Espinoza said.

nextSunburn — The morning read of what’s hot in Florida politics — 7.8.20