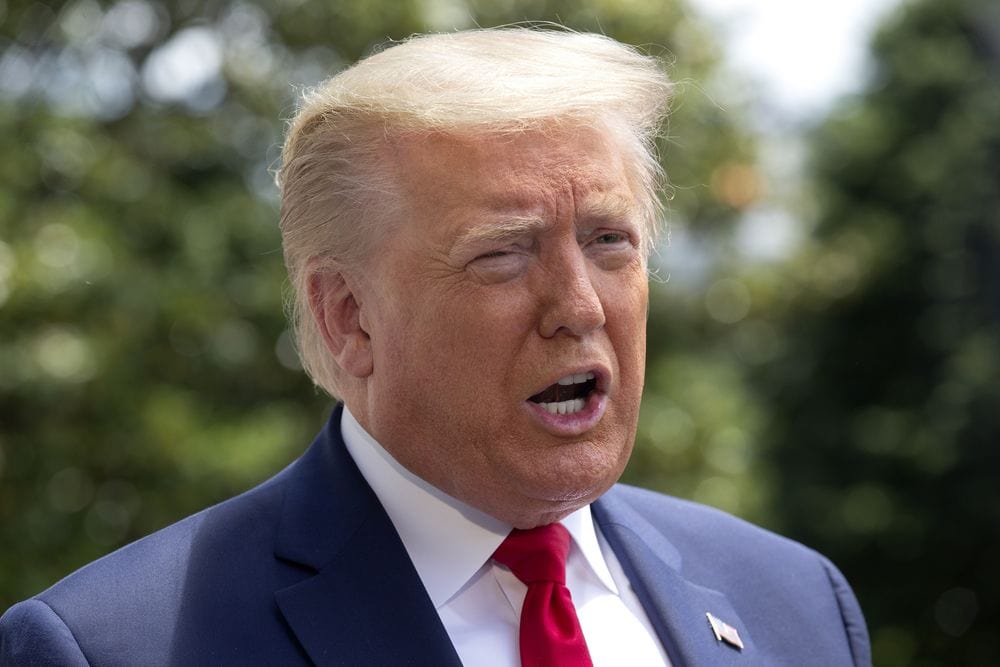 Uncertainty reigns due to the current coronavirus spike in Florida

President Donald Trump pointed Tuesday to being “very flexible” when asked if increasing coronavirus cases could affect his desire for a big nominating convention next month in Jacksonville.

Republican leaders last month decided to move key parts of the Republican National Convention from Charlotte, North Carolina, to Jacksonville after Trump expressed displeasure that North Carolina Gov. Roy Cooper, a Democrat, was “unable to guarantee” that coronavirus social-distancing requirements would be lifted before the event, scheduled for Aug. 24 to Aug. 27.

“When we signed in Jacksonville, and, again, we wanted to be in North Carolina, that almost worked out,” Trump continued. “But the governor didn’t want to have people use the arena, essentially. I said, ‘Too bad for North Carolina.’ And then we went to Florida.”

But Florida has seen a massive surge in coronavirus cases in recent weeks. Van Susteren asked Trump if he would consider not holding a big convention if the numbers continue to go up.

“When we signed a few weeks ago, it looked good,” Trump replied. “And now, all of a sudden, it’s spiking up a little bit. And that’s going to go down. It really depends on the timing. Look, we’re very flexible. We can do a lot of things. But we’re very flexible.”

Florida’s total number of coronavirus cases hit 213,794 on Tuesday, an increase of more than 61,000 cases over one week. Jacksonville last week joined a growing list of Florida cities and counties that have required people to wear face masks when they are unable to socially distance themselves indoors to prevent the spread of the virus.

Vice President Mike Pence said last week that “we are excited about coming to Jacksonville.”

“I was at a meeting not long ago when I heard about some very sophisticated plans to make sure it is a safe and healthy environment,” Pence said while making an appearance in Tampa with Gov. Ron DeSantis.

On Tuesday, DeSantis issued a 60-day extension of a state of emergency because of the coronavirus crisis. The order, initially issued March 9 and extended in May, authorizes a wide range of actions and directs the Division of Emergency Management to coordinate the state’s response, while allowing the governor to direct necessary money and supplies.

DeSantis has drawn heavy criticism from Democrats for declining to issue a statewide face-mask mandate.

The ballooning case numbers have heightened concerns about hosting the GOP convention at the 15,000-capacity VyStar Veterans Memorial Arena in Jacksonville.

Pence, the head of the White House Coronavirus Task Force, praised DeSantis for “the prudent steps that you are taking to slow the spread here in Florida” and urged people to follow social-distancing guidelines to help curb the disease.

“We’ll do what other parts of the country have done. We’ll flatten the curve, we’ll slow the spread, we’ll save lives along the way and we’ll make it possible for great events to happen here in Florida, not just the RNC, but make it possible for Florida to once again be that great destination for so many Americans who love to come and enjoy the Sunshine State,” Pence said.

Republican National Committee Chairwoman Ronna McDaniel said last week that the party will “abide by what the mayor and governor are saying.”

This week, Republican U.S. Sens. Lamar Alexander from Tennessee and Chuck Grassley from Iowa announced they would not attend the convention.

The Des Moines Register reported that Grassley, 86, told reporters in a conference call Monday he wasn’t going “because of the virus situation.”

The Register said U.S. Sen. Joni Ernst, an Iowa Republican, might only attend one day.

“But that may change,” she said, according to the Register. “We certainly need to monitor what’s going on on the ground.”

Alexander’s office issued a statement that said “the delegate spots should be reserved for those who have not had that privilege before as he has had.”

Alexander, 80, an honorary chair of Trump’s Tennessee campaign, is not seeking reelection.