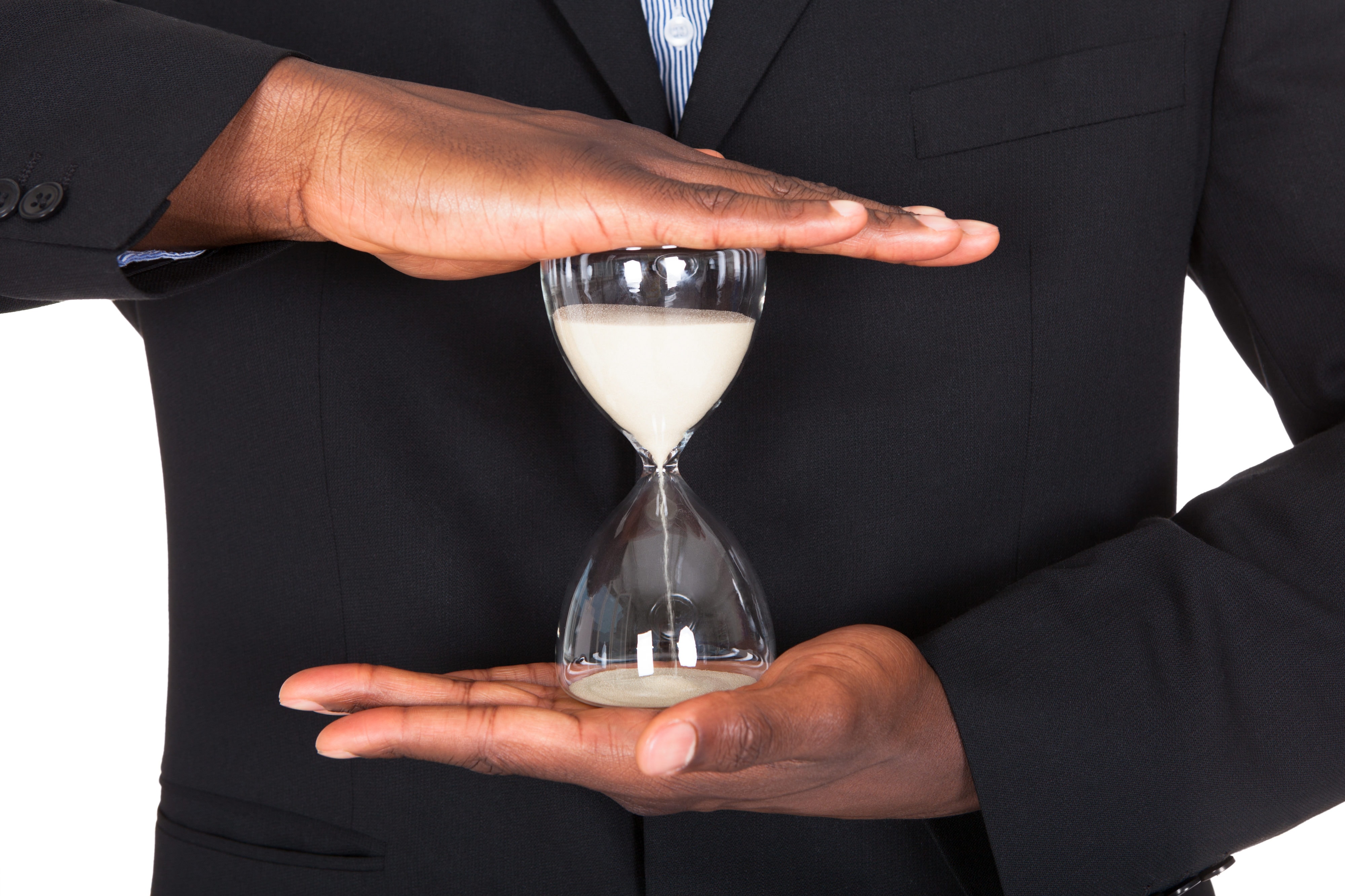 Lenny Curry is nearing the fourth act in a five-act play.

If Jacksonville Mayor Lenny Curry’s two terms in office conform to the structure of a five-act play, we are pretty close to the fourth act.

Fittingly, the city faces a moment of crisis, with flare guns shot off the other day in the direction of The New York Times, where a national reporter contended that the RNC is in a bad spot.

The reporter Annie Karni summed up what was undoubtedly a lot of off-record conversations: “But now, many of the people involved in the process in Jacksonville are beginning to feel like the dog that caught the car.”

A “ruff” assessment. But likely a fair one.

Do we see, as Vanity Fair suggested, a move to abandon the full-scale Jacksonville event?

Or do we see Curry, whose reelection just last year had so little drama that only 14% of people voted, finally reemerge to take command of the bully pulpit and the city?

Does he have the juice to do that?

As you’ll see in this edition of Bold, there’s pushback from all sides.

While that’s nothing new for this (or any) Jacksonville Mayor, it is up to Curry to figure out if second-term miasma will render him a lame-duck sooner than later.

The convention is a make-or-break moment.

If it succeeds, he’s a national player.

But an epic failure — and the 2023 mayoral race begins early.

While they aren’t necessarily saying attending the Republican National Convention will kill you, a group of Jacksonville preachers doesn’t think it will make you stronger either.

That’s the contention of 70 Black pastors who sent a letter to Curry, reports News 4 Jax.

“There is grave concern that hosting the RNC signifies that our city is placing profits over people,” the pastors wrote. “It is disingenuous to estimate that any convention would bring $100 million to Jacksonville when our city is burgeoning more diseased every day.”

The pastors add concerns about “bellicose speech” and “incendiary rhetoric,” suggesting that their interests run farther afield than just the potential disease may spread at the event.

“To have the President accept his party’s nomination on Ax Handle Saturday, one of the bloodiest days in our city’s history is unthinkable.”

Signatories include historic allies of Curry’s, such as pastor John Guns and Rev. Mark Griffin, the latter ran as a Republican for state House in 2016.

Rep. Anthony Sabatini has cornered the statewide market on lawsuits targeting mask requirements throughout the state, and Monday saw him in Jacksonville, where he spoke to about 100 people at the Duval County Courthouse after filing suit on behalf of a Jacksonville client.

The controversial Lake County Republican has called critics “mask Nazis,” but he didn’t employ that rhetoric in Jacksonville.

Our theory: Sabatini wanted the action of the lawsuit, but knew his limitations, being unwilling to mention the name of Curry even once, even when asked to put the mask edict in context of other moves to the center, such as signing the HRO cleanup bill and beginning the process of removing the city’s Confederate Monuments.

For Sabatini, the issue is not the point: it’s posturing, rather, throwing out red meat to a credulous section of the local right-wing and assuming that local media won’t bother to dig into his record of incendiary statements, lionizing him instead as some sort of hero of freedom rather than a malingering mountebank attempting to cash in on the brooding dyspepsia of the so-called Silent Majority.

Call him a low-rent Matt Gaetz if you will, but bet on this statewide media market tour setting the stage for a future statewide run. Why else would he bother?

U.S. Rep. Al Lawson and his primary challenger, Albert Chester, had an exchange this week about police brutality and police endorsements.

On his Facebook page, Chester claimed Lawson was “endorsed by the Fraternal Order of Police … maybe that’s why he’s been so silent about police brutality.”

“It is time for fearless, unbought leadership,” Chester added, in a commentary about FOP head Steve Zona falsely claiming a local TV reporter covering a Black Lives Matter protest was in face protesting.

However, there was a problem: the Fraternal Order of Police has not endorsed Lawson.

“You ought to get your facts straight and stop lying,” Lawson said, noting his support of the “George Floyd Justice in Policing Act,” a call for an end to no-knock warrants and banning law enforcement chokeholds.

Facing both a primary challenge and a general election opponent, Rep. Clay Yarborough has had to start fundraising again in earnest, just in case.

Between June 13 and 26, the second-term Republican from Arlington raised $8,350, his biggest tally since before the Legislative Session began. Donors include the Fiorentino Group and a couple of principals, as well as Sen. Dennis Baxley, the Ocala conservative who sponsored “guide to a healthy marriage” legislation with Yarborough.

Yarborough has roughly $75,000 on hand and will need to program it: Colin McArthur faces him in his primary, though he has just $800 on hand. In an interview this week, McArthur was reluctant to “disclose” his fundraising, and the numbers explain why.

Two Democrats are running. Either Speed Chialtas, who has roughly $800 on hand, or Emmanuel Blimie, who has just over $3,000 on hand, will be the party’s standard-bearer.

Federal money was created. Jacksonville businesses got it.

Virtually every local market has a “what did locals get out of Paycheck Protection Program loans” story, and the Northeast Florida iteration comes courtesy of Katie Garwood in the Jacksonville Daily Record.

One company that direly needed the help, Stein Mart, got a disbursement between $5 million and $10 million. Whether that investment stops the bleeding or not from the discount retailer remains to be seen.

Getting between $2 million and $5 million were a variety of entities, ranging from the Jacksonville Zoo to Celebration Church.

In the tier below, between $1 million and $2 million, were Sleiman Holdings, Eleven22 Church, the Jacksonville Symphony, and the Dalton Agency, among others.

Local first responders, such as police, firefighters and EMTs, are responsible for protecting military personnel as they serve on American military bases. While they have that responsibility, they do not have access to certain benefits while they carry out those duties.

First responders do not have access to dining facilities and commissary stores, something St. Augustine Republican Michael Waltz seeks to change. He has introduced the Base Responder Essential Needs and Dining (BRENDA) Act, to be included in the fiscal year 2021 National Defense Authorization Act.

“One of the great things we get to do here is [to] introduce legislation that fixes these problems, and in this case allows those who protect our protectors’ access to those services they should have on bases,” Waltz said in a video announcing his legislation.

PASSED: Excited to announce my BRENDA amendment (named after my mom!) was just included in this year's #FY21NDAA.

Our first responders are the protectors of our protectors and this legislation gives them access to the supplies they need while serving on our military bases. pic.twitter.com/GczExf3qUQ

Waltz revealed that the bill is named after his mother, Brenda, who is celebrating a birthday this month.

“Happy birthday, mom,” he said. “I’m really honored to name this bill after you, (one) that solves a problem and I just can’t thank you enough for your support of me over the years, my military career as a Green Beret, all of our veterans and in this case, our first responders.”

As part of a $6-million state funding grant, the University of North Florida will build a new medical health care simulation laboratory and medical technology laboratory.

The money is part of the 2020-2021 state budget enacted on July 1. The Jacksonville-based college will begin constructing what it calls UNF MedNexus sometime in the next year.

“UNF MedNexus will become a leader and catalyst in preparing high-quality health care professionals in Northeast Florida in a way that is innovative and uniquely UNF,” said UNF President David Szymanski. “We sincerely appreciate the efforts of Gov. [Ron] DeSantis, the Florida Legislature, state leadership, and all of our partners for their support of MedNexus.”

Jacksonville University’s Linda Berry Stein College of Fine Arts is celebrating its 60th year; to mark the occasion, the program is creating two new schools within the college.

According to a statement by JU Provost Dr. Chris Sapienza, Stein College will now contain the School of Performing Arts and the School of Art & Design “to better prepare students to realize their full artistic, intellectual and professional potential.”

“This decision is an example of amplifying our assets,” Snyder said. “This will expand our intra-collegiate relationships between departments such as Engineering and Theater and Film and Business and Music while building upon our long-standing excellence and collaboration between Music, Theater and Dance.”

Many of the programs within the School of Art & Design, for example, will occupy space in the University’s currently developing STEAM (Science, Technology, Arts & Mathematics) Institute. Students in graphic design, animation, film, and media arts will be able to learn and collaborate with their peers in engineering, physics, and computer science.

The School of Performing Arts will offer undergraduate degrees in Dance, Music with concentrations in Vocal, Instrumental and Piano Performance, Composition and Jazz/Commercial Music, Music Education, Music Business, Music Theatre and Theatre Arts and a graduate program (master of fine arts) in Choreography.

The St. Augustine Human Society is expanding its facility in St. Johns County.

The facility spent about $300,000 in renovations at the shelter for animals on Old Moultrie Road. The expansion included the construction of a new surgery wing to spay and neuter animals. There are upgraded X-ray facilities and dental equipment, as well as a radiography room and other physical improvements to the facility.

In all, the expansion added about 1,400 square feet to serve more pet owners who are looking for affordable animal surgery procedures.

“We are also excited to announce that we are a recipient of the #SpayTogether grant administered by Humane Society of the United States through a collaborative effort. The $4,875 in grant funding will provide 75 dogs and 75 cats with discounted spay [and] neuter surgeries, giving much-needed help to those who need it most in our community,” said Carolyn Smith, St. Augustine Humane Society’s executive director.

“Founded in 1946, we have come a long way. However, the response for care from the community continues to grow,” she said. “We have maintained and grown our capabilities and standards of excellence with new equipment, staff, and physical space. We’re operating at full capacity in the new and existing facility.”

Jawaan Taylor is a six-foot, five-inch offensive lineman for the Jacksonville Jaguars. During the offseason, Taylor and his teammates stayed in shape by running, lifting weights, and other conditioning drills.

During a recent fishing trip near Jupiter, Taylor got in an unexpected extra workout. He hauled in a Goliath grouper that weighed an estimated 400 pounds.

The moment was caught on cellphone video. In a Twitter status update, Taylor posted his big haul with a one-sentence comment that said it all: “Fish of a Lifetime!’

Dozens weighed in on the thread, including former teammate and Pro Bowler Calais Campbell, who recognized what went into the effort.

“Anyone who has been fishing before knows this is no joke!” Campbell said. “That’s a workout right there! Congrats, bruh.”

With his accomplishment successfully recorded for all to see, Taylor released the monster fish.

Taylor is preparing for his second season with the Jaguars. A second-round draft pick in 2019 out of the University of Florida, Taylor started all 16 games as a rookie at right tackle and will be part of a young and developing offensive line.

Players are set to return to training camp on July 28. The first scheduled preseason game is August 13 in Carolina against the Panthers.