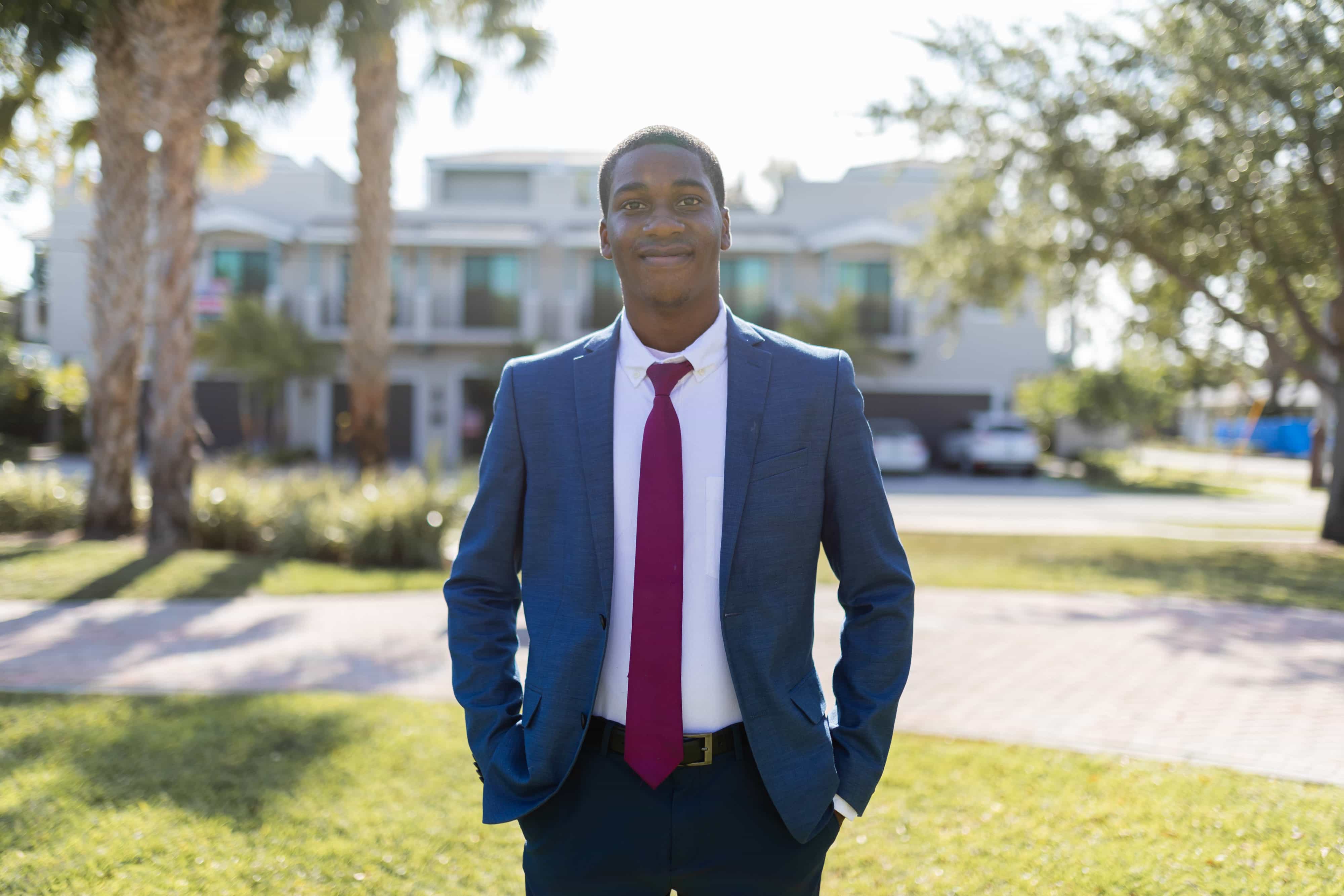 I am unsatisfied with the past six years of my district’s representation in Tallahassee. My district deserves a bold, progressive advocate.

I am a proud graduate of Fort Lauderdale High School, class of 2017. I am currently studying History and Public Health at Broward College.

When I was 12 years old, I started working as a landscaper. I cut grass, trimmed bushes, and cut down trees in my community .

I do not have a significant other or kids at this time. That is something I look forward to exploring in the future.

I spoke with several elected officials before running, and most of them were discouraging. They did not think it was a good idea for a young person to sit in the legislation. Ultimately, I decided I did not need the permission of political insiders to run. I relied on the encouragement of the working class people in the district, which is the most valuable endorsement I could ever hope to receive.

I always reach out to my grandmother, who always gives the best advice and is always the final arbitrator on any issue in my life. She is a great listener, and has a lot of wisdom to pass down.

We do not have a political consultant because we do not need one. Our campaign manager is Hugo Ballon, a Peruvian-born graduate of St. Thomas University. He has previously worked for Environment Florida and Florida’s Consumer Action Network, been active in several campaigns in the Northern Virginia area, and interned for the US House of Representatives.

My first contribution was from Angel, a young working class man from Central Florida who never contributed to any political candidate before myself. He decided to donate because my message of young people in politics inspired him in an age where you don’t see many young people run for office.

There are three members of the House who inspire me the most: Rep. Anna Eskamani of Orlando, Rep. Carlos Guillermo Smith of Orlando, and Rep. Shervin Jones of Miami. They are all the epitome of youthful progressivism in politics.

People mistrust elected officials for several reasons. The main reason is politicians often say one thing and then do something different. They make promises they can’t keep. And they take  money from questionable donors who want their bidding done over the bidding of the people. As a State Representative, I will always prioritize the interests of my constituents over large corporations or donors.

There are so many issues, ranging from the environment to criminal justice, that need addressing, but I believe the following three are the most pressing. Infrastructure is the most important issue facing our district; everything from sewer lines breaking to pollution in the new river. I will fight for bold infrastructure improvements for the city of Fort Lauderdale. Furthermore, housing is a crucial issue facing not just this district, but the whole state. As a State Representative, I will fight for funding to improve both affordable housing accessibility and public housing projects. Finally, I am enthusiastic about protecting public education. Once elected, I will fight to ensure that public dollars are not diverted to private-for-profit or charter schools.

Besides the Green New Deal, campaign finance reform is a disruptive issue I am seeking to address. I want to ban all corporate contributions and in the state of Florida. Special interest money is undermining our democracy not just in this state, but across the country.

We need Democrats and Republicans to set aside partisan issues to help address real issues affecting working class people. In our district, those issues are affordable housing, criminal justice reform, and water quality.

Reubin Askew was our best modern governor because of his adherence to integrity and transparency in a time where that was not common.

In January 2018, former Gov. Rick Scott asked that the Republican-controlled state legislature pass an amendment to the Florida Constitution that would require a two-thirds majority of the State House and Senate to increase any taxes. This Fifth Amendment passed through both chambers and was approved by the voter. I believe this amendment should be repealed.

They can be in certain areas, but direct voter outreach can never truly be replaced. However, COVID-19 has made that more difficult, so we are adjusting our advertising strategy and moving towards virtual means of communication.

Usually, I read a morning poem and my daily horoscope. However, in recent weeks, I have been getting accustomed to seeing death threats from internet trolls who are afraid of a young, progressive, queer person of color running for office. I am not allowing these types of things to tear me down. Haters make you greater.

I am an independent minded person who is able to evaluate all resources, determine fact from fiction, and come to my own conclusions. However, it is interesting to look at right wing news so you can understand their points of view better, even though I almost never share their views. Discourse is healthier when we can understand everyone’s perspective.

“My kindergarten teacher told me that I would be dead or in jail by age 21. She is about to find out that all things are possible, when I’m sworn in as a Florida State Representative at age 21.” This is the pinned tweet on my Twitter because it showcases the lack of opportunity for African-American children and the bias towards African-Americans.

I like to call myself a seafood connoisseur and a white wine aficionado. Other than that, I love spending time in nature, kayaking, or at the beach (when there’s not a global pandemic). I look forward to cooking tasty seafood for my fellow representatives.

My favorite sport is soccer. Also, I don’t expect to win many votes for this opinion, but my favorite sports team is the New England Patriots. I’ll see you at the next Super Bowl that Miami hosts.

previousSunburn — The morning read of what’s hot in Florida politics — 7.9.20

nextSurvey: Of every five girls in Duval County Schools, one has attempted suicide