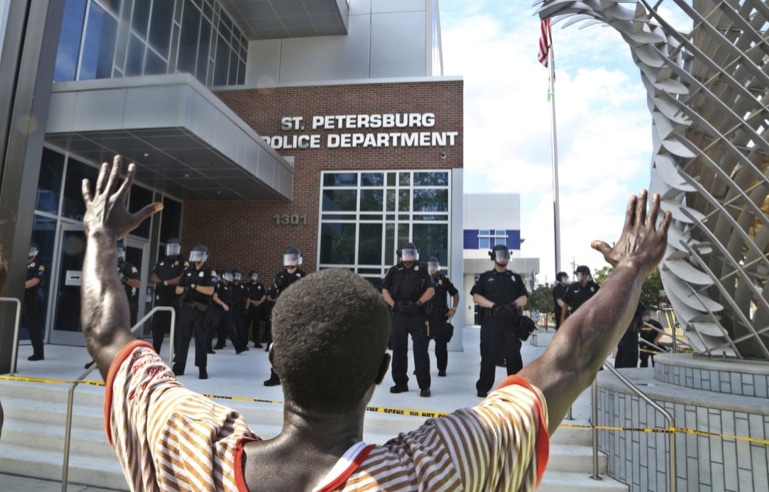 The new program will allow social services professionals to respond to non-criminal calls.

The St. Petersburg Police Department is abandoning plans to hire 25 new officers and instead using the funding to establish a dedicated response team for non-criminal calls for service.

The new team will cost $3.8 million. Most of that will be funded with a $3.1 million federal grant that had been earmarked for new officers. The city will cover the rest of the tab.

“These are non-violent calls,” Police Chief Anthony Holloway said. “These are calls that people are asking for help.”

Holloway said some of those calls were related to situations for which officers were ill-equipped to handle. He said giving up on new officers is a sacrifice for the office, but it’s one offset by the reduction in time officers have to spend responding to non-criminal calls.

He hopes to have the new unit, which will be staffed with civilian employees in plain clothes, up and running by October 1.

The response team will respond to the following calls:

The city will issue a Request for Proposals to identify an organization to facilitate the new team and will provide recommendations to that organization about how to staff the unit.

Some requirements will likely include a four-year degree and a background in mental health treatment and response.

The unit will be available for calls from 6 a.m. until 2 a.m. daily. Calls between 2 a.m. and 6 a.m. would still be handled by law enforcement officers.

The city had already implemented the “8 Can’t Wait” policies including banning chokeholds, requiring deescalation, requiring warning before shooting, exhausting all alternatives before shooting, implementing a duty to intervene, banning shooting at a moving vehicle, requiring a use of force continuum and requiring comprehensive reporting.

Kriseman also praised other policies implemented under his watch including banning the box, which removes the question on city applications asking about prior arrest records, improving community resources, the second chance arrest diversion program and apprenticeships for hard to hire workers on city contracts.

“The old way of doing things wasn’t working so we focused on creating a better future,” Kriseman said.

Kriseman hopes to continue conversations with protesters about ways to further improve policing in St. Pete. He invited protesters to join him in a moderated discussion of the issues and is hopeful that will occur.

The city is already looking forward to additional measures. Holloway said the department plans to up its deescalation training from once a year to twice a year, at a minimum. He hopes to be able to provide training as much as every other month.

He also plans to change the once yearly self-defense training to twice a year. That training helps officers focus on less harmful hand-to-hand defense rather than resorting to a weapon.

Additional measures also include involving citizens in yearly fair and impartial policing training to provide additional insight on best practices that benefit both law enforcement and the communities they serve.

Holloway said the department will also evaluate all of its equipment, asking “why do we have it and why do we use it?” That includes everything from body cameras to gun belts.

The agency will also continue conducting regular reviews of its internal policies to continue addressing needed changes and implement more robust complaint reviews and evaluate who is being charged with a crime and why to identify possible ways to reduce interactions in the criminal justice system.