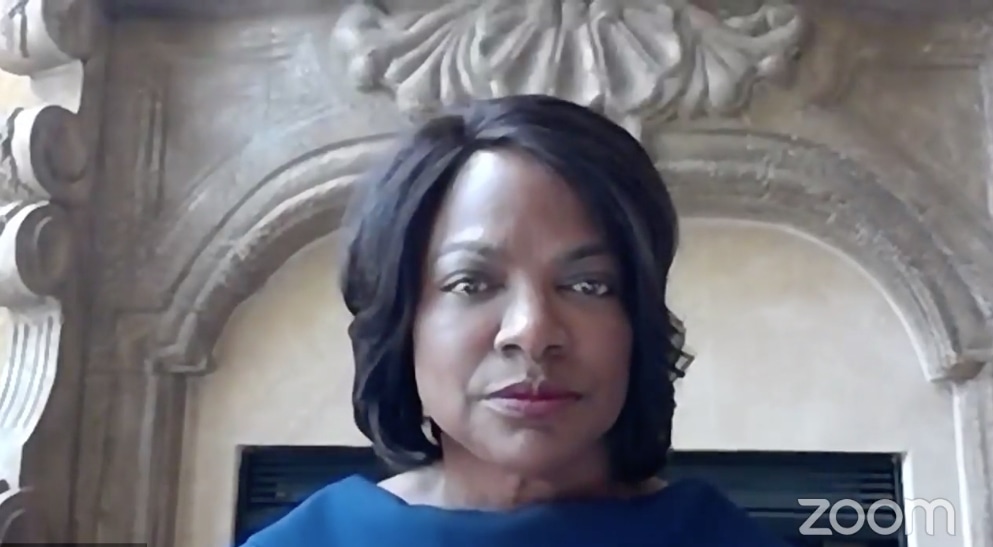 Would Orlando’s Democratic Rep. Val Demings, a former career cop and Orlando Police Chief who is now on Joe Biden‘s shortlist to run for Vice President of the United States, support her party’s left-wing movement to defund police in the wake of the George Floyd protests?

It didn’t sound like it when Demings brought up the matter in a talk Friday to the Tiger Bay Club of Central Florida. Yet she expressed sympathy for the kinds of underlying concerns for burdens on police departments that many advocates of the defund movement have exposed.

Demings didn’t explicitly state the words “I oppose” or “I support” the movement to defund the police, but she both dismissed the notion as “not a choice” and decried some of the non-law enforcement burdens that have been laid upon police departments.

“We heard some conversation about ‘defund the police.’ Let me just make this perfectly clear,” Demings said. “The police are the community. And the community is the police. We don’t have any other choice. We’re not talking about two separate groups. Police are as much of our community as our churches and our synagogues, our schools, our local grocery stores, things that we frequently every day, that we’re used to, that we deal with every day. Police are as much a part of our community.”

The community must hold police accountable, she said.

But she also went off on an argument, which may have roots in her earlier career as a social worker — something she has said she brought with her into the police department and into Congress — that the root causes of social ills in a community must be addressed, and perhaps the police should not be tasked to be the community’s response to them.

This puts her in tune with some of the defund-police advocates, who contend it is not their intention to do away with police, but to strip away funding given to police departments to deal with things such as mental health, drug treatment, and other social ills, and then transfer the funding to departments specifically set up to deal with those issues.

“Here we are calling the police to a middle school classroom because someone would not give up her phone or sit down. So as we deal with policing in America … we also have to deal with social ills that cause the decay in communities in the first place. Lack of mental health counseling. Lack of drug treatment. Substandard education. Substandard housing,” Demings said.

She said that the Orange County Jail is the largest provider of mental health services and drug treatment in the region.