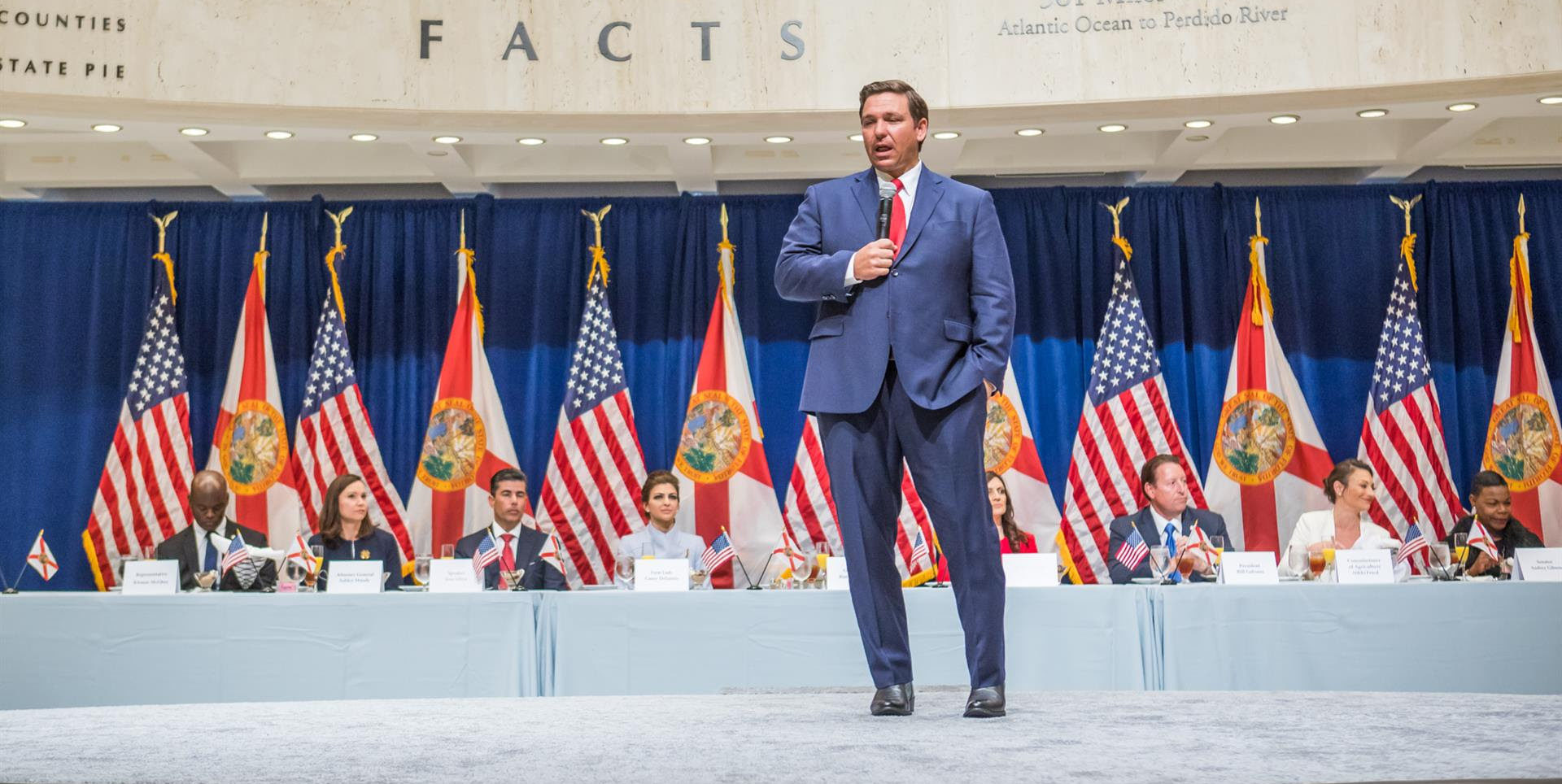 A used hardcover copy of a book written by Gov. Ron DeSantis in 2011 is selling today for a premium price on Amazon.

The book, Dreams From Our Founding Fathers: First Principles in the Age of Obama, is being sold on Amazon by Gulfstream Goodwill for the tall price of $235.18, not including shipping. The book, one of only two being sold by the vender, is reported as used and in acceptable, readable condition.

Alternatively, the book is sold on Kindle for $9.99.

An overview of the 286 page book reads: “the Age of Obama has sparked widespread public discontent, the formation of tea parties, and a renewed emphasis on the philosophy of the Founding Fathers. Dreams From Our Founding Fathers: First Principles in the Age of Obama shows why so many Americans have turned to the nation’s founding principles in response to Barack Obama’s self-described ‘transformational change’ agenda.”

“America is at a constitutional crossroads. Obama’s vision rests heavily on progressive thought and the plethora of left-of-center political influences that have informed his worldview, and portends a decidedly less exceptional America, an America more akin to governments throughout Europe, in which the state, rather than the individual, is supreme.”

The book is rated with 3.7 stars and has 11 mixed reviews.

“A great review of history,” Baeur wrote. “And a scary look at reality and what is happening in our country.”

Amazon’s “top critical review” was written by John Trebilcock in 2018.

According to an Amazon pricing chart provided by camelcamelcamel, the cost of the book from third-party-sellers was relatively stagnant around $10.oo before climbing in 2015 and skyrocketing to its peak in April 2019.

At its highest, the book in new condition sold for as much as $230.00 by third party merchants. At its lowest, the book sold for just below $10.

At the time of the book’s publication, DeSantis had yet to hold an elected office.

According to financial disclosure forms, DeSantis reported his net worth as $291,449 as of December 2019.