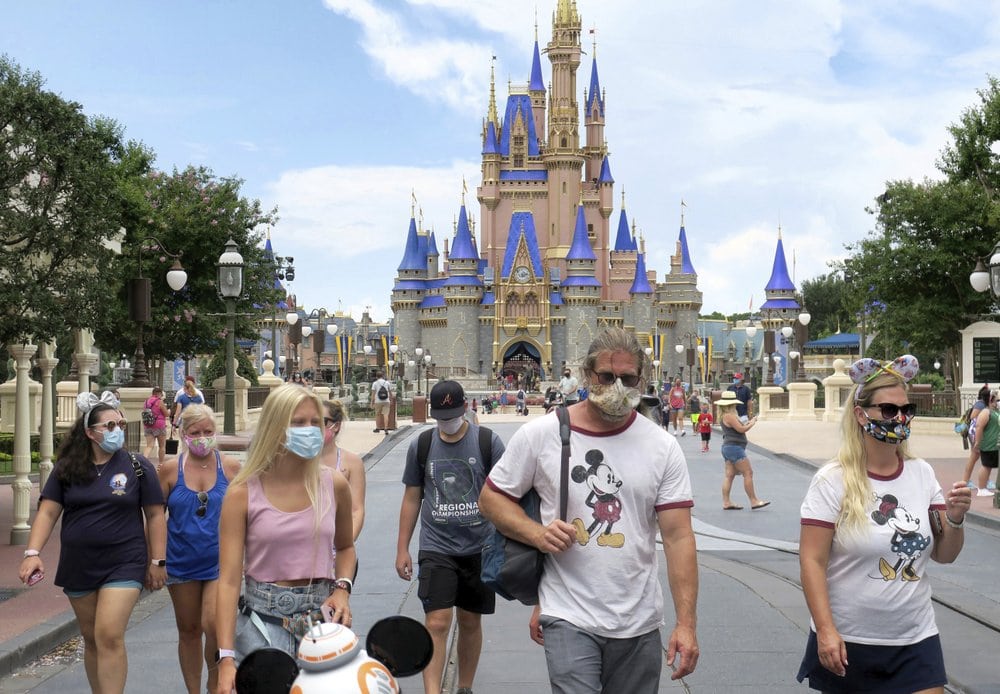 Due to record numbers of new test results returned.

With Walt Disney World reopening, the counties providing the most homes to employees of the world’s largest tourist attraction saw dramatically new highs in single-day increases in confirmed COVID-19 cases.

Both cases, the totals grew by dramatically increased numbers of new test results that came on Saturday, the most ever for either county. The same was seen across the six-county greater Orlando region.

Combined with what has been seen lately in Polk County, the third county that is home to large numbers of Walt Disney World’s tens of thousands of employees, the Central Florida numbers indicate that the coronavirus infections now are widely found throughout the nation’s most significant tourism destination, with Disney World’s reopening starting Saturday. Polk County saw an all-time high of 405 positive cases reported on Friday.

Still, only two new deaths were reported Sunday in Central Florida, a significant improvement from the double-digit death tolls seen the previous three days in the six-county region. There also were only 15 new hospitalizations reported across Central Florida on Sunday, down from a high of 63 reported Saturday, and more than 30 recorded each of the previous four days.

The testing confirmed a record 2,249 new cases across Central Florida: 1,371 in Orange, 306 in Seminole, 171 in Volusia County, 146 in Seminole County, 132 in Brevard County, and 123 in Lake County. Another 263 confirmed cases were logged Sunday in Polk — generally not included as a Central Florida county, but is, because of its relatively affordable housing, home to thousands of Central Florida tourism workers.

Those unusually high new case numbers were almost all spurred by record numbers of test results coming in on Saturday. The 21,237 new test results returned Saturday throughout Central Florida amounted to nearly 9,000 more than the previous post, which was returned on June 27.

In Volusia, 8.6% of 1,818 tests came back positive, neither a recent low nor high. Brevard’s 6.7% positive test rate for 1,842 results returned was the lowest seen in weeks. In Lake, 6.6% of 1,701 tests were positive, slightly higher than what Lake officials saw in results received the day before.