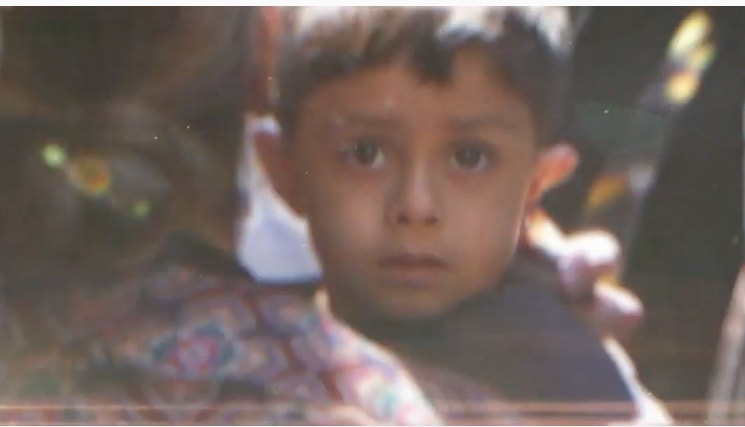 The ad was purchased on Fox News stations in swing districts around the country.

Don’t Look Away Pact, a Florida nonprofit organization dedicated to ending the separation of families and detention of refugee children, began running a searing new advertisement Sunday on Fox News stations in swing districts around the country.

The minute-long advertisement contains images of children in detention centers and video commentary from President Donald Trump and U.S. Reps. Elijah Cummings, Ann McLane Kuster and Kathleen Rice, among others.

Early in the advertisement, a graphic cites the Constitution and the Refugee Act of 1980 as giving the right to request asylum to people arriving at the border without being criminalized.

Moments later, video of Trump plays and he says, “We have to take the children.”

The late Rep. Cummings, speaking at a committee session, then says that “This was a policy invented, implemented and executed by Donald Trump.”

The stated mission of Don’t Look Away Pact is to ask voters to examine their conscience and make a pact not to vote for any candidate who supports child detention and family separation of asylum-seekers.

“Children need to be with their families and not in jails. Americans must take responsibility for our government’s violation of the human rights of children seeking asylum. Don’t look away.”

The Don’t Look Away Pact is seeking donations and states that it will use the funding it receives to purchase additional TV ads in targeted markets in the months leading to the election.