The rising sun: Danny Perez is learning the lessons Jose Oliva never did 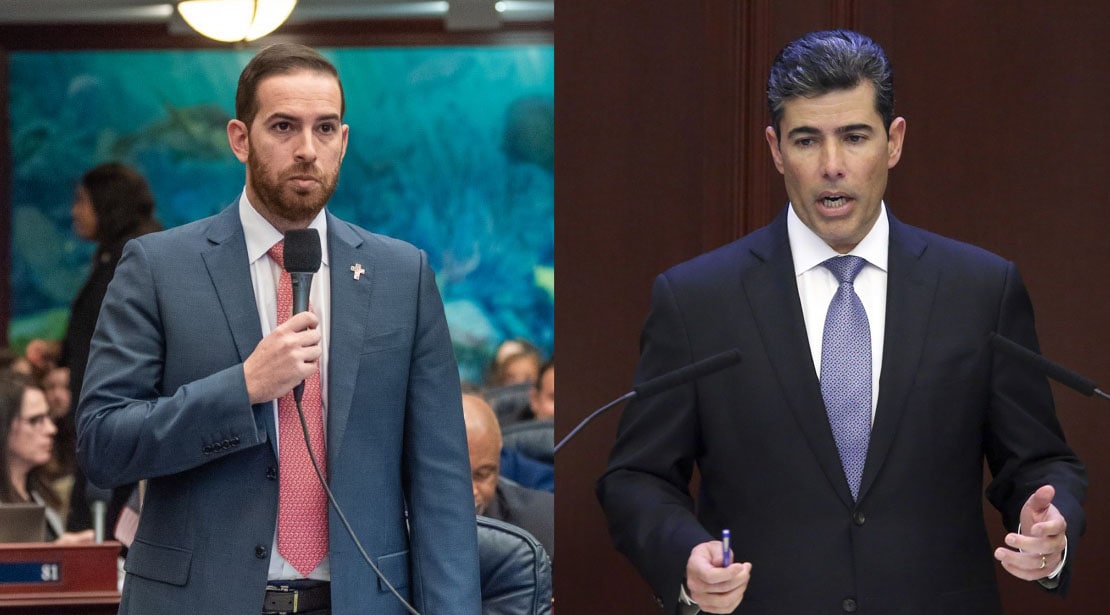 Jose Oliva is exiting state politics as, arguably, the least popular House Speaker since Johnnie Byrd‘s disastrous tenure from more than a decade ago.

That doesn’t mean Oliva was not effective. In certain policy silos, such as health care, he was a dominant, disruptive force. It’s just that the Miami Republican won’t be the kind of ex-Speaker, like Daniel Webster, Allan Bense or Will Weatherford, whose name will consistently be floated as a contender for statewide office or called upon to lead one of those important blue-ribbon commissions.

Instead, Oliva will slink back to Miami Lakes and enjoy the enormous wealth bestowed upon him by the company bearing his family name.

It always struck me as odd that the president of a company whose products are labeled with a warning from the U.S. Surgeon General would be empowered to run roughshod over Florida’s health care industry.

But that’s the nature of legislative leadership politics in Florida.

Elected in a special, off-year election in 2011 to replace Rep. Steve Bovo, Oliva leveraged the advantages of being a “redshirt freshman” to win an intraparty contest to one day wield the Speaker’s gavel. Leadership races are typically bitterly contested, but off-radar affairs. They can drag on for months. The members on the losing end often exit the Legislature early while their allies are relegated to unimportant committees (and distant parking spaces in the Capitol as the Speaker even controls those designations.)

This wasn’t the case with Oliva who won his battle without really firing a shot. There’s a 2012 story in the Tampa Bay Times about Oliva’s campaign to be Speaker. In it, former lawmaker Mike Fasano describes Oliva as his “dear friend.” That’s all you need to know about how easily Oliva won the Speaker’s race.

And therein lies the problem.

Oliva was never really challenged. Not in the special election that put him in the Legislature. Not in the behind-the-scenes race to become Speaker. Not during his four reelection campaigns. And certainly not while he was Speaker-designate or Speaker.

The only real challenge to Oliva’s power was the Florida Senate, but Oliva, his fellow red wine and cigar aficionado Richard Corcoran, and the rest of the House prevailed again and again over their colleagues in the upper chamber.

All of this begs the question, if Oliva was so successful, why is he not as well-regarded as his South Florida compatriots, such as Lt. Gov. Jeanette Nunez or Ambassador Carlos Trujillo.

I’ve studied Oliva since he was first elected as he was the first Speaker-to-be who won his position fully in the time I was writing at SaintPetersBlog.com. Yet I must admit he is a mystery, not just to me, but to much of Florida’s political class. There is very little written about Oliva’s decision-making process, his personal life, or any other window into his thinking.

So my best guess is that Oliva the politician did not benefit from the insight and wisdom Oliva the businessman gleaned.

Re-read Oliva’s profile and remember that in 1995 he and his brothers launched their company at the beginning of the cigar craze using a 30-day loan from the factory owner who worked with their father.

The brothers lived together in the same apartment and shared one car until they saved enough to expand a year later.

Since then, Oliva Cigar has made its four shareholders — Jose, his two brothers and one of his two sisters — millionaires.

If only more of that humility had found its way into Oliva’s time as Speaker.

Instead, he referred to pregnant women as “host bodies” when discussing abortion. He lashed out at the health care industry as made up of “robber barons” just months before the coronavirus pandemic would cement most people’s perception of them as heroic.

It has been his response to the pandemic that really soured Oliva’s reputation. With tweets about how the “cure may be worse than the disease” and a daily newsletter that often cites far-right think-pieces, Oliva has firmly positioned himself as one of the most prominent COVID-19 deniers in Florida politics — even if he is unwilling to accept that label.

Of course, nothing was more bizarre than when Oliva, at the onset of the pandemic, accepted the label “slayer of the healthcare industrial complex” imprinted on a bat given to him by Gov. Ron DeSantis.

But none of which has been discussed up until now is why Oliva’s stock has dropped precipitously with so many of his fellow Republicans.

The reason why Oliva is being called “Benedict Oliva” behind his back is his ham-fisted effort to hamstring Danny Perez, a first-term Republican in line to be Speaker six years from now.

As David Smiley of the Miami Herald first reported, a political committee that has received hundreds of thousands of dollars raised by Oliva is attacking Perez over a trip he took several years ago to Cuba.

It’s unclear why Oliva despises Perez enough to involve himself in a GOP primary against a future Speaker. The rivalry gets dismissed as typical of bareknuckled South Florida politics. But my sources say it goes much deeper than that. That Oliva simply dislikes Perez because Perez would not kowtow to Oliva when he first decided to run for office.

Oliva has forgotten the lesson Pompey taught Sulla two millennia ago, that more men looked to the rising rather than the setting sun.

Oliva, the Legislature’s foremost proponent of limited government, never limited his own power. And that led to the kind of arrogance that makes you believe it is acceptable for the outgoing Speaker to interfere in a future Speaker’s primary campaign.

That’s why they’re calling him “Benedict Oliva.” That’s why, as Matt Dixon of POLITICO Florida quoted one GOP consultant, “this will be the only thing people remember about Speaker Oliva.”

But, in the end, it will be Perez who benefits most from Oliva’s inexplicable decision to attack a fellow Republican during an election cycle when Republican hegemony in Florida is in jeopardy.

Perez, unlike Oliva in those re-election campaigns, is being forced to campaign full bore. He is building relationships he may have otherwise taken for granted.