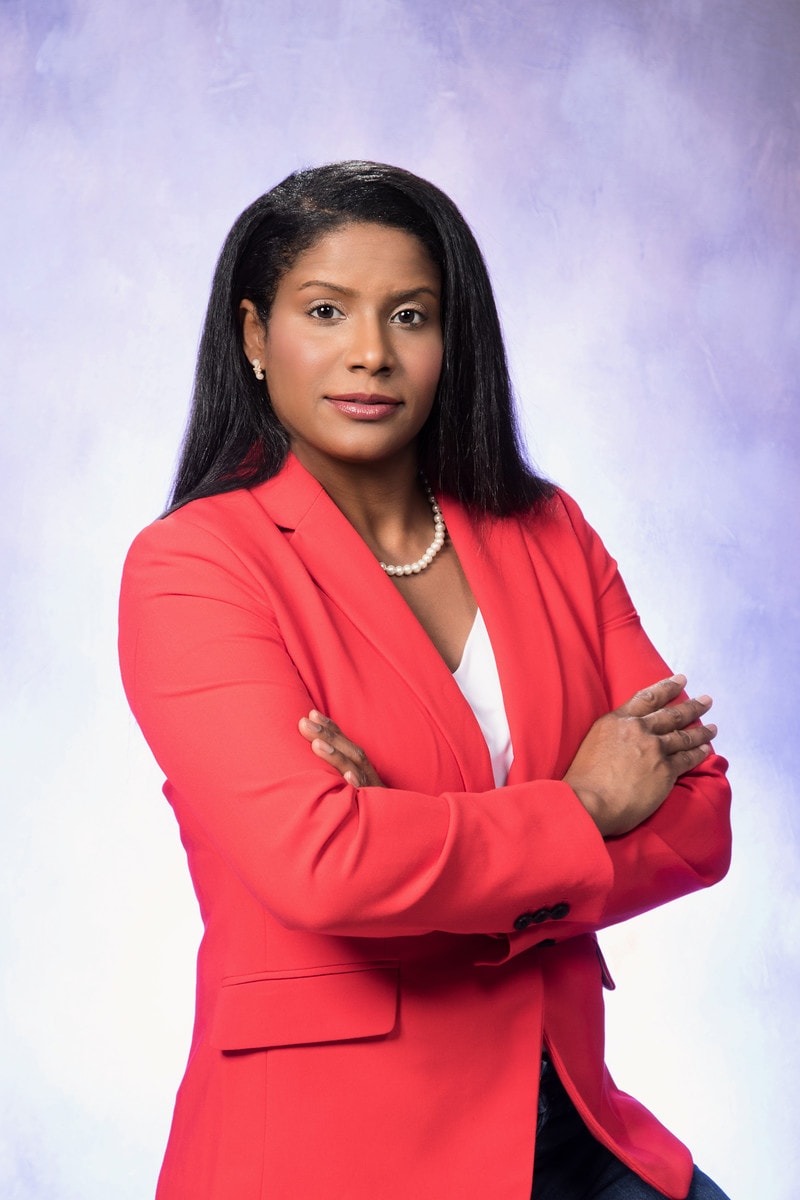 "I’ve done a lot on the local level but now it is time to take it to the next level so I can be more beneficial to my community."

I’m running to make a difference in my community. So often my district is overlooked for services and resources and it’s about time for someone with knowledge and experience to go up there to fight for our community. I’ve done a lot on the local level but now it is time to take it to the next level so I can be more beneficial to my community.

– Bachelor of Science in International Business from Florida Atlantic University – 2003

– Associates in Applied Science in Accounting from – Kingsborough Community College-99?

My first job as a child was a youth counselor for the Police Athletic League in NYC. My first job as an adult was a Central Office Technician for NYNEX which became Verizon – this was my first experience as an adult dealing with the union and having an understanding of collective bargaining. My mother and oldest brother both worked there and were shop stewards, so I can remember picketing as a small child but not understanding what is was for. As a young adult who was a union member, I now understood what my mother and brother were fighting for and loved the benefits of being a union member.  This was one of the only jobs that could pay a divorced mother with three kids the ability to purchase a three-story brownstone in NY in the 1970’s.

I am one of three kids, the youngest and the only girl. Born and raised in Brooklyn, NY. My mother is from Rock Hill, South Carolina and my father is from Princes Town, Trinidad & Tobago. I have one child,  Raynald “Aiden” Roberty, who just turned 5 this week. His first name is a play on his father (Renal) and two uncles (Raymond on his father side and Raynard on my side). All three are great men whom I admire and all three were born on November 18.

I’ve spoken with many people in my local party who know me and know my heart. They encouraged me to go forward stating I would be a great asset in Tallahassee and get more done.

I listen to my heart first because if I don’t feel it there, then I’m not going to do my best at it, followed by my family, especially my mother who is my rock and instrumental in shaping me to who I am today.

Willis Howard is my campaign manager and Glenn Joseph is my political consultant. They are both seasoned experts in the field.

It was a tie between my mother and my son’s father. They both gave at the same time because they both wanted to be the first to say that they believe in me and support me in my journey to be the next state representative for District 101.

There are plenty of people in state government who inspire me. Some inspire me to work harder for a change because I know the potential and progress we can make for the State of Florida.

They mistrust elected officials because a lot of time when people run for office they don’t quite fully understand the roll that they are stepping into and don’t know the capacity of what the job entails so once elected they have to learn that they can not snap their finger and things automatically happen. They have to learn how to actually accomplish the goals that they stated and now have to get people to agree with them in order to make it happen which is always easier said than done. When I speak with my constituents, I always tell people the truth on the likelihood of them getting exactly what they want an what ever alternatives are available and allow them to make an educated decision.

– Increasing after school program funding and enriching the programs.

– Increasing support for economic opportunity zones in chronically poor and depressed areas and enhance and expand programs to teach people basic job skills and/or how start and run their own business.

– Improving senior safety in nursing homes by increased inspections and insuring that the residents have an easy, safe, anonymous means to register complaints of abuse or neglect to start with.

I am interested in self-driving cars as the new wave in technology. I’ve attended several seminars to get a better understanding of the technology and am very excited to see its use going mainstream in the near future and what impacts it will have on the insurance industry.

They need funding to increase economic development while improving the aging infrastructure. While talking with the residents many residents complained of flooding issues, which is also a huge issue in my town. For years we have requested funding to no avail. In addition, there are several areas throughout the district that are still on septic tanks, since these are the Governor’s priorities we should be able to accomplish upgrading the infrastructure while creating jobs that stimulate the local economy.

In my years of being a Florida resident, I must say that Charlie Crist was the best Governor in modern history. He was a Governor for the people.

I have spent a lot of time in my campaign with voter contact door to door to find out the issues affecting the voters and residents of my district and haven’t given much thought to changes to the State Constitution. The  biggest change that has occurred recently in the Constitution is giving felons who have satisfied the terms of their sentence the right to vote. I am supportive of the recent court ruling that has invalidated the state legislatively passed requirement that the felons must first also satisfy fines and restitution before they can vote when hundreds of thousands of them do not have the means to do this – the court calling the requirement something that amounts to an unconstitutional Poll Tax. I agree.

Yard signs have a certain value to my campaign.  When my supporters see them they are encouraged and reinforced; when my opponents or their supporters see them, they are annoyed. Yard signs have the most impact when they are placed in the yard of a voter, at that point they signify an actual supporter and becomes a recommendation to that person’s neighbors. However, voter contact is much more important than yard signs, which is why I am walking my district.

I read my text messages and calendar to see what’s on my schedule for the day followed by the news break app.

The local newspaper, local blogs and online site like Politico.

If you are sick and tired of being sick and tired and want someone who is going to bring a real world common sense approach to government then vote for me someone with over 17 years experience in passing legislation for the city and defending/challenging laws in the courtroom because #leadershipmatters. Someone who is ready to work for you with no learning curve required…#experiencematters. Let’s #thinkoutsidethebox and get it done.

Florida is the right place to be for any avid water sports connoisseur.  I love anything water related, whether it is swimming, scuba diving or fishing.

I currently don’t have a favorite sport, but it will be whatever my son excels in when he gets to it in school.