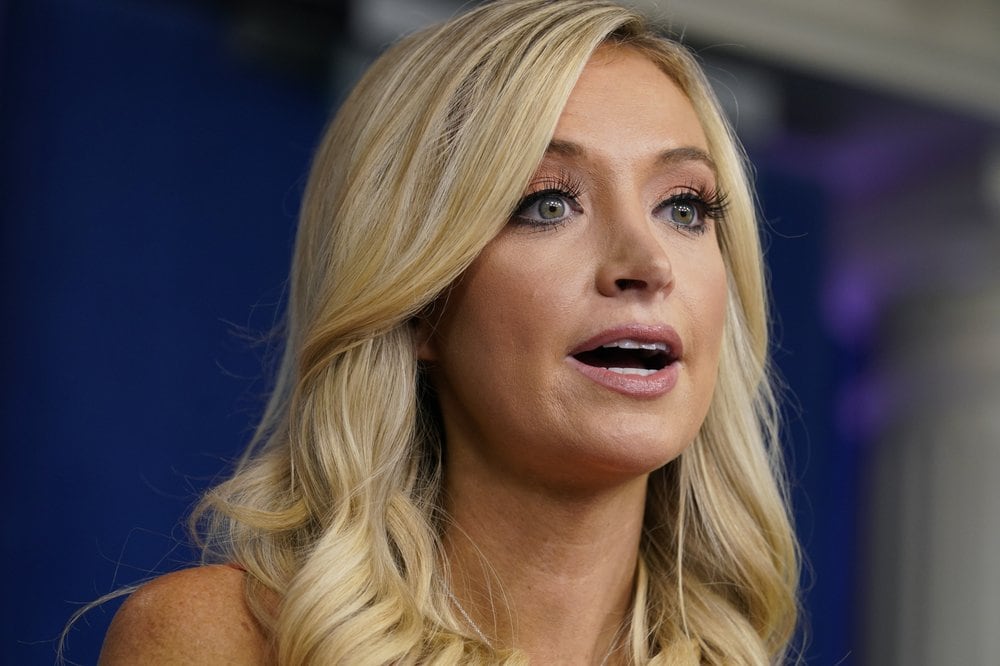 Duval County may not be ready for the Republican National Convention, but the White House still plans on Jacksonville in August. Probably.

That was the message from Monday’s White House press briefing, when spokesperson Kayleigh McEnany very briefly addressed an event that, should it happen as currently planned, likely will not look like the one in 2016.

“We still plan to move forward with the convention,” McEnany said, referring reporters to the Donald Trump campaign for more details.

The President, given an opportunity to clarify matters, didn’t do so when asked Monday.

“But we’re going to do something that will be great,” the President advised, before discursing on a number of topics that had nothing to do with the convention itself.

The statements came less than 48 hours after U.S. Vice President Mike Pence came to Jacksonville to offer a “thank you” speech to those working on the ground, essentially in two-minute offense mode to pull off the event in six weeks.

For Trump, the convention was expected, in the pre-coronavirus days, to be the moment in which he would be able to crystallize his reelection message. But as is so often the case with this President, the meta-discussion has become central.

In the case of the Jacksonville event in late August, the questions have included whether money can be raised and if the event can be held safely.

The event has been dogged by numerous stories suggesting fundraising and logistics are wreaking havoc on the event, moved from Charlotte because of COVID-19 occupancy precautions only to find a pandemic out of control in Jacksonville, with a positive test rate well over 11% as of samples processed Sunday.

Mayor Lenny Curry, a co-chair of the RNC host committee, has noted there are circumstances that could lead to the event moving, including “widespread community spread,” and if “ICU’S are full and hospitals can’t handle it.”

Last week, POLITICO suggested a “mad scramble for convention cash” that required hiring fundraiser Jeff Miller. Among the revelations: just “several million dollars” have been raised for the event, which needs tens of millions to look like a major league convention.

The New York Times reported that Gov. Ron DeSantis is freezing his donors from backing the convention due to consultant Susie Wiles’ involvement, with whom he had a falling out soon after his 2018 campaign.

Those close to the event say “the money will be there.”

Questions exist about whether the convention can even be indoors, with national reports that outdoor venues, including the Jacksonville Jaguars football stadium and the minor league baseball park used by Jacksonville’s AA baseball team, were in play given potential complications with a full-scale indoor event.

DeSantis suggested outdoor events last week as a potential workaround to indoor seating limits due to coronavirus continuing to be a problem in the state.

Meanwhile, a number of Republican U.S. Senators (six at last count) have said, directly or indirectly, that they have no intention of hazarding the Jacksonville event.