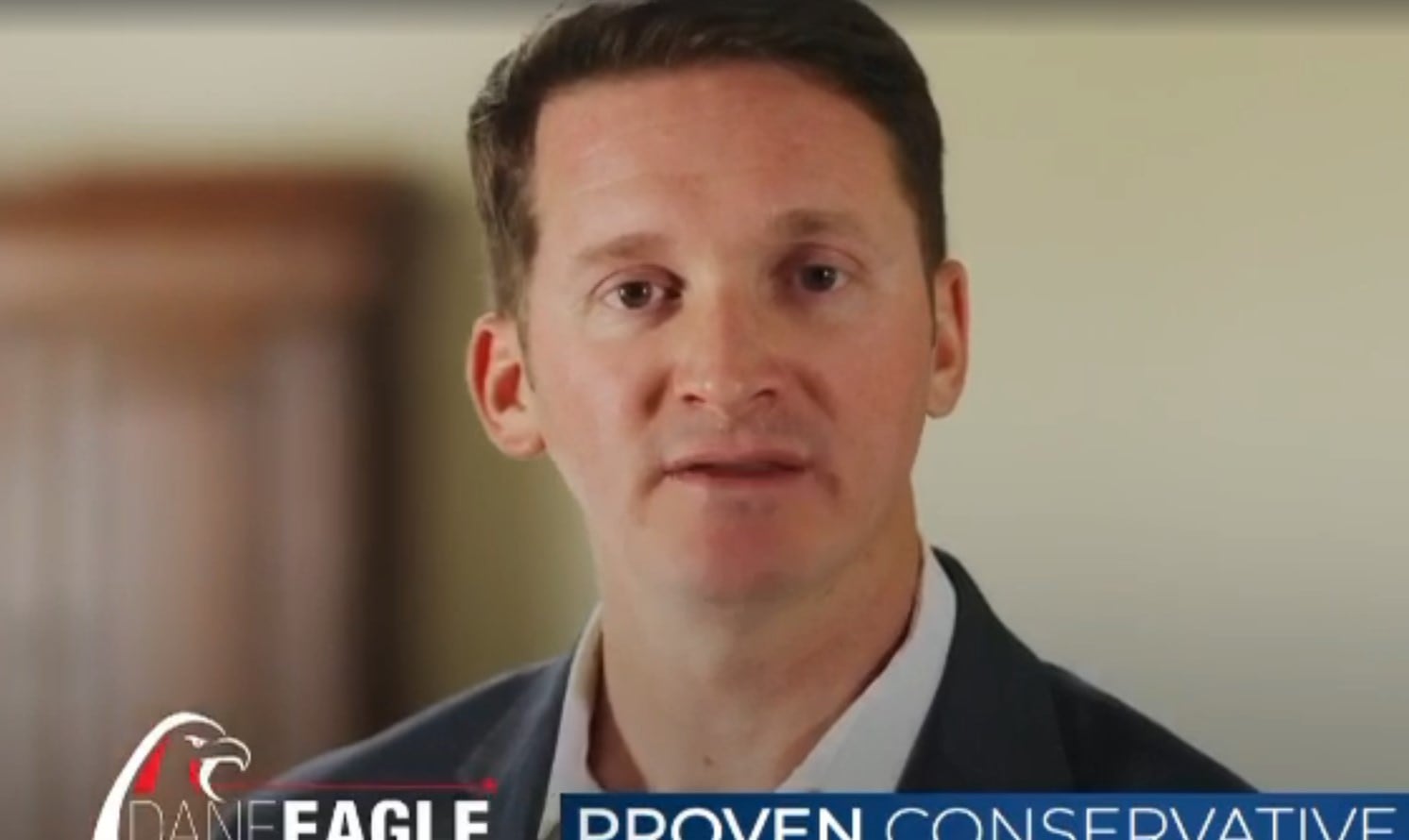 Voters should pay attention to experience, not flashy ads, he asserts.

The TV spot stresses the congressional candidate’s current role as House Majority Leader in the Florida Legislature. And he does so with footage of President Donald Trump dropping the title at the Israeli American Council National Summit. The ad also closes with Trump saying “Thank you, Dane.”

The bulk of the ad stresses the need for an experienced policymaker representing Florida’s 19th Congressional District.

“I’m running for Congress because experience matters,” Eagle says in the ad.

That’s especially true with the economic and social turmoil making headlines today in the wake of the coronavirus and with sometimes violent protests against police.

“China has crippled our economy and there are riots in our streets,” the ad says.

But the next statement will likely raise some eyebrows in a district known for picking independently wealthy candidates over veteran politicians.

“We can’t afford another chance on inexperienced, unproven candidates based on campaign ads,” Eagle says.

That most directly strikes at self funders in the crowded field of Republicans vying to succeed U.S. Rep. Francis Rooney. First-time candidates Casey Askar, a fast food mogul, and William Figlesthaler, a Naples urologist, each made seven-figure investments into their own campaigns. And notably, both led Eagle in a recent St. Pete Polls survey.

But without saying as much, the ad also draws a contrast to Rooney and previous Congressmen who held the seat. Rooney largely self-funded in 2016 primarily on his private sector record, though he previously served as an ambassador to The Holy See. Rooney upset many Republican voters in the region by saying he was considering voting to impeach Trump at the time, though he ultimately voted against that act.

Eagle campaign manager Terry Miller said the ad should inspire voters to compare Eagle’s delivery on promises to those who never served before heading to Washington.

“When you look at the experience voters had with Clawson and Rooney, there is a compelling argument experience matters,” Miller said. “One of the key notes hit in the ad is that any untested and unproven politician can say anything they want in a campaign ad, but we’ve done the things we said.”

Eagle, in his ad, asserts his record stands as a contrast to the promises of those with no record at all.

“As Republican leader in the Florida House, I fought beside Gov. Ron Desantis to ban sanctuary cities, balance budgets and fight for life,” he said. “Send me to Congress, I’ll stand with President Trump and I’ll fight for America.”