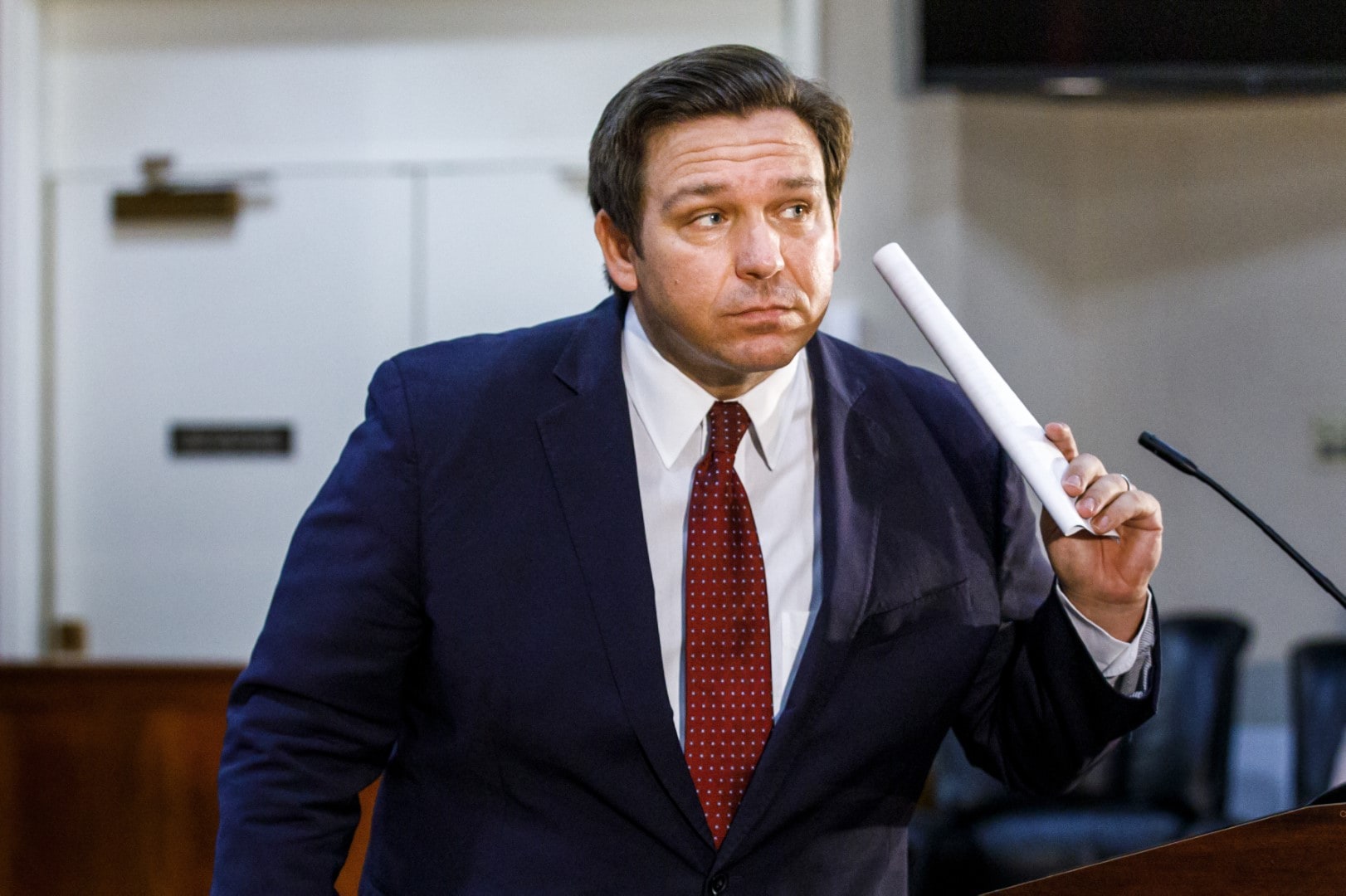 The heckler captured the incident on video.

Moments after the incident, Thomas Kennedy of United We Dream, an immigrant youth-led organization, claimed responsibility for the rant.

“I just interrupted a press conference in Miami-Dade to let Governor Ron DeSantis and Mayor Gimenez know they are an embarrassment to FL and that their incompetence and lack of planning has resulted in the current public health crisis,” Kennedy said. “4,381 people have died so far in FL”

I just interrupted a press conference in Miami-Dade to let governor @RonDeSantisFL and @MayorGimenez know they are an embarrassment to FL and that their incompetence and lack of planning has resulted in the current public health crisis.

4,381 people have died so far in FL pic.twitter.com/q6SozHfT8o

“Shame on you,” Kennedy yelled at the pair. “You are an embarrassment. We are getting record breaking cases everyday and you are doing nothing. You are falsifying information and misleading the public.”

Kennedy also yelled for the Governor to resign and accused him of blaming the rise of COVID-19 cases on recent protests.

“You guys have no plan and are doing nothing,” Kennedy exclaimed while citing the state’s COVID-19 deaths.

In late June, DeSantis entertained a possible correlation between the waves of protests and the rise of COVID-19 cases among young people. He stopped short, however, of claiming it as fact.

“I certainly have not had my Department of Health substantiate the claim that protests are driving the figures with younger people,” DeSantis said.

Kennedy was escorted from the room in less than a minute and continued his rant while being directed out of the room.

According to his Twitter bio, Kennedy is the Florida State Coordinator for United We Dream, whose Twitter page boasts the hashtags #AbolishICE and #DefundHate, among others.

“Working to defeat Trump in Florida,” his bio reads. “Another world is possible.”