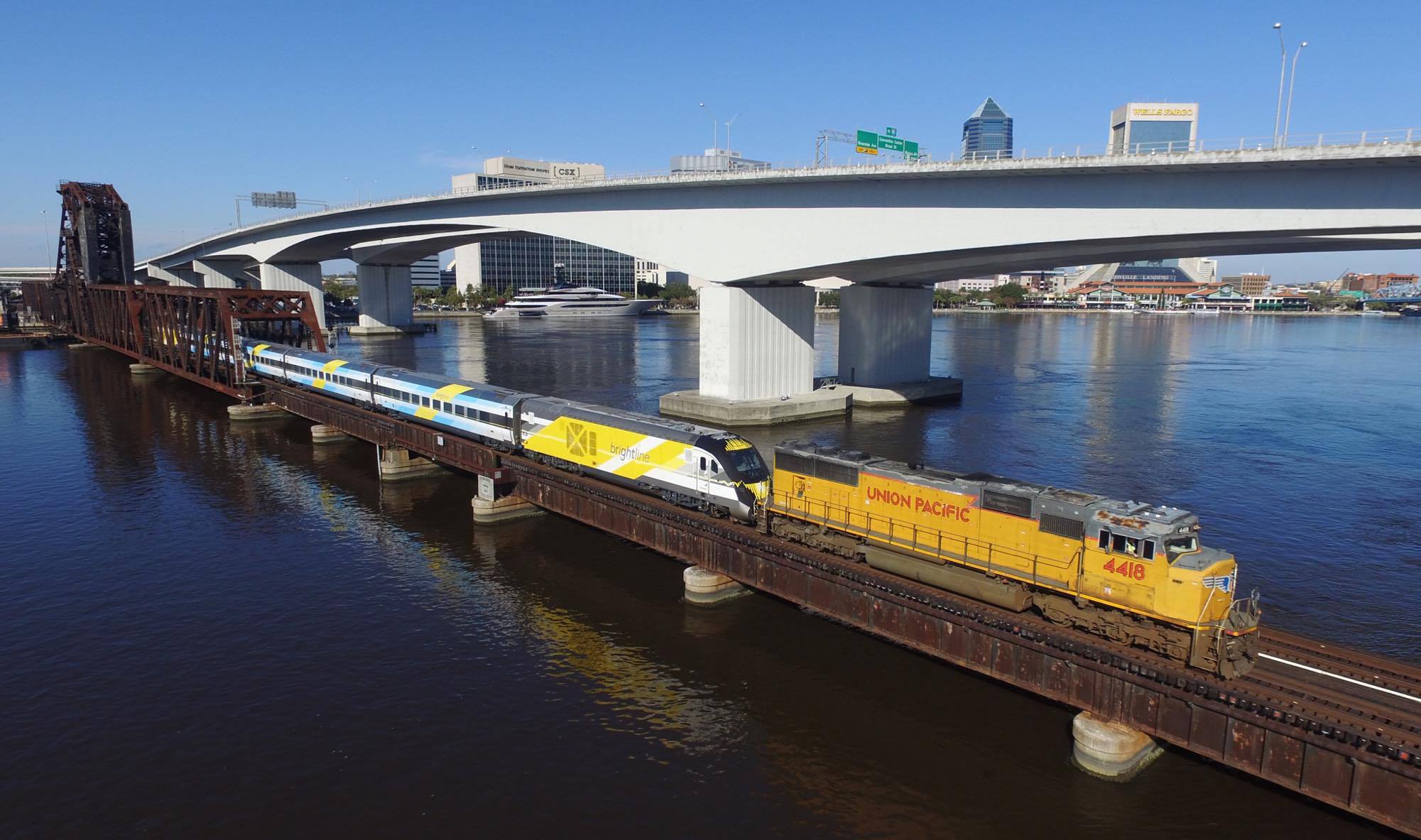 With construction of the high-speed Brightline/Virgin Trains USA railroad to connect Orlando and South Florida more than a year underway, two congressmen along the route are pushing for a new federal safety study focusing on pedestrians.

Republican U.S. Reps. Brian Mast and Bill Posey announced Thursday they are introducing legislation to study the safety concerns for pedestrians, motorists and residents along the higher-speed rail corridor that stretches from Brightline’s existing phase one route that terminates at West Palm Beach, up through coastal counties, and then westward to the Orlando International Airport.

Brightline’s phase one route that was running between West Palm Beach, Fort Lauderdale, and Miami was shut down in March because of the coronavirus crisis. It has not yet resumed service.

Before that, Brightline said it had transported more than 1 million riders during the 2019 calendar year, and it closed the year on a high note — November and December were back-to-back record months, with more than 100,000 riders apiece.

The train’s phase two service, expected to begin in 2022, would link the state’s two biggest tourism destinations with trains capable of going 110 miles per hour between West Palm Beach and Cocoa, and up to 125 mph between Cocoa and the Orlando International Airport.

Yet the east coast route has been marred by numerous struck pedestrians, including fatalities, even though the South Florida Brightline trains have a speed limit of 79 mph. In a news release, Mast and Posey said that there have been 74 deaths in the rail corridor in the past three years, with 40 of them involving the Brightline trains.

Brightline officials have been adamant that their plans call for all the state-of-the-art safety measures, and have been pursuing extensive community education programs along the route about railroad safety. And they point out that the trains have not been found at fault in any of the pedestrian accidents. They also note there have been numerous safety studies done by federal, state and local officials.

Posey and Mast want their study to look into that more closely.

Posey and particularly Mast have been harsh critics of safety concerns regarding the railroad, and have sought to slow the train’s development while pushing for more commitments. Mast’s Florida’s 18th Congressional District represents areas along the train’s route from West Palm into Indian River County. Posey’s Florida’s 6th Congressional District represents areas from Indian River County into eastern Orange County.

“The deaths our communities have already witnessed along this corridor clearly indicate there are safety issues, and Brightline has a long history of straight-up lying to the people of Florida, so at this point I don’t believe they’ve earned the trust to decide for themselves whether their trains are safe,” Mast said in a news release. “This study is much needed to expose these issues before more lives are lost.”

Mast and Posey also raised concerns about schools, because there are several adjacent or very close to the route. The bill specifically calls for the study to consider the safety of school children.

“These trains will travel at fast speeds through existing town centers and residential areas with little separating the tracks from the surrounding communities,” Posey said in the news release. “The introduction of high-speed rail will undoubtedly present safety challenges for many, including our schools, and that needs to be properly addressed. I thank my colleague Rep. Brian Mast for his strong leadership and for partnering with me to ensure the safety of our Florida constituents.”

Replied the company: “Safety is our top priority and we have coordinated with the USDOT, FRA, and FDOT on in-depth, thorough studies related to the safety of rail travel in Florida and the high-standards of safety measures along our corridor. These studies, including our NEPA approval, included five-plus years of analysis. Each study indicated that we meet or exceed the standards consistent with other rail systems in the U.S. and set by the FRA.”

The company started the South Florida service under the brand Brightline but has been rebranding its operations to Virgin Trains USA. The company broke ground on the West Palm-Orlando route in June 2019.