While details remain few on the hack, the Twitter breach impacted both high-profile individuals and major companies including Apple, former President Barack Obama, Joe Biden, Elon Musk, Bill Gates, Kanye West and Michael Bloomberg, all of whom posted similar Tweets that encouraged users to send them bitcoin for a larger return.

The massive breach prompted Twitter to temporarily lockdown the accounts of verified users.

“Based on what we know right now, we believe approximately 130 accounts were targeted by the attackers in some way as part of the incident,” Twitter announced Thursday. “For a small subset of these accounts, the attackers were able to gain control of the accounts and then send Tweets from those accounts.” 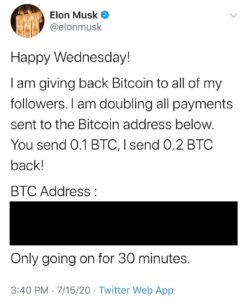 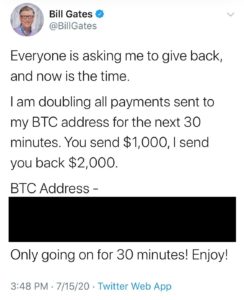 During an interview with Newsmax’s Sean Spicer, Patronis said he has major security concerns about Florida’s vulnerabilities to cyber threats.

“Important info flows on Twitter and to have Elon Musk, Bill Gates and Barack Obama hacked is dangerous,” Patronis told Spicer. “One tweet can send our nation’s economy into a tailspin and as CFO, I have a fiduciary responsibility to FL taxpayers to understand these risks.”

Patronis urged Floridians to use caution and immediately report instances of fraud.

“If major companies like Apple and billionaire celebrities like Bill Gates and Jeff Bezos can fall victim to hacks, so can you,” Patronis said. “That is why it is vital to constantly monitor your personal and business accounts for signs of fraud and report it immediately at FraudFreeFlorida.com. Always remember, if it sounds too good to be true, it probably is.”

Credit reports are available free of charge from each of the three national credit reporting agencies once a year.

“If you believe you’ve been the victim of identity theft or as an additional precaution, consider placing a free credit freeze on your credit file with each of the three credit reporting agencies to further prevent unauthorized activity,” Patronis said.

previous100 COVID-19 deaths per day in Florida — in some context