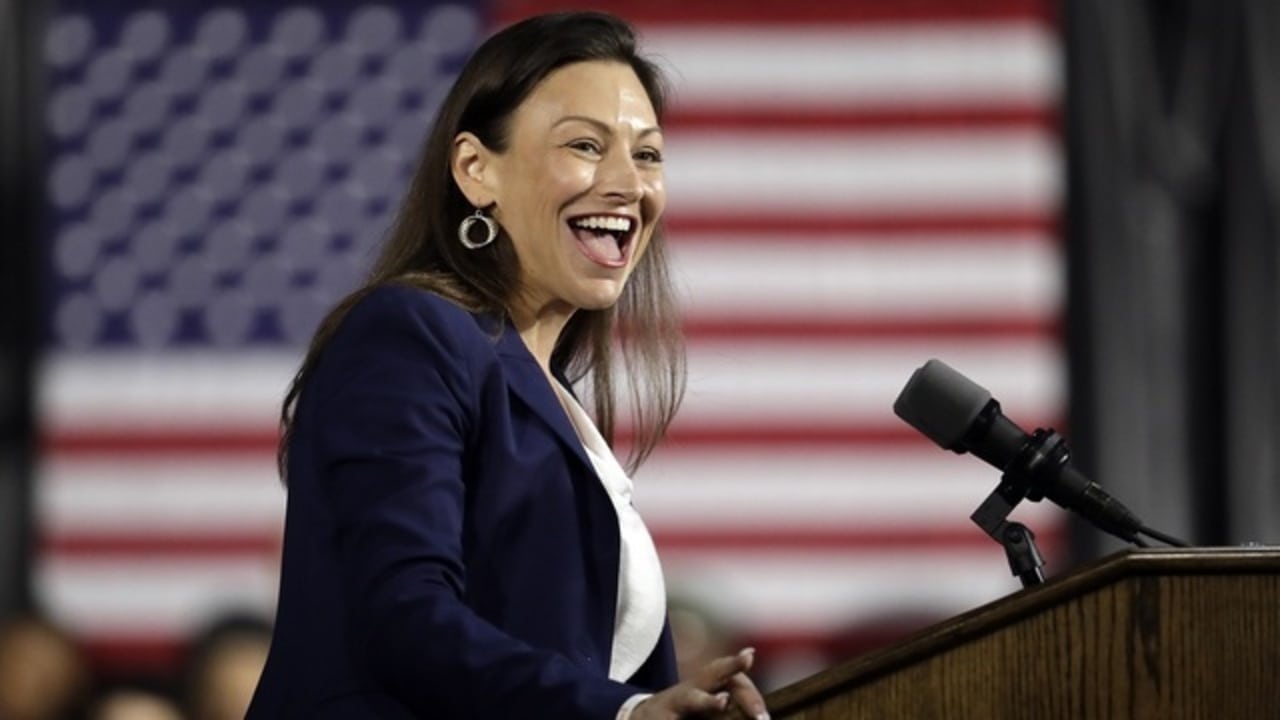 "They stood by and watched ... without intervening."

After months of battle with Gov. Ron DeSantis on the Plaza Level, Agriculture Commissioner Nikki Fried has long since forsaken the dream of “state over party” cooperation.

While this won’t help the Department of Agriculture and Consumer Services in policy fights, the open acrimony frees up Fried for the kinds of partisan speeches she is likely to give throughout this election year, as well as in 2022, whatever she may run for then.

Fried, addressing the Florida Democratic Party’s Leadership Blue gala, compared the Republican Party of Florida to the officers who watched one of their own kill George Floyd in Minneapolis.

The context was the fight against coronavirus, where Fried said that the officers’ “inaction and silence” reminds her of the Republican Party of Florida standing idly by as the virus ravages the state.

“They stood by and watched … without intervening,” Fried said of the officers, “whose actions remind me of the Republican Party of Florida.”

Fried wondered “where was the Republican Party as over 4,000 Floridians have died of coronavirus and the Governor refuses to issue a mask mandate.”

For Fried, the critiques on Saturday night continue increasingly uncompromising warnings that, in her view, Gov. Ron DeSantis is taking the state toward a coronavirus disaster.

In national media appearances last week, the commissioner said Gov. Ron DeSantis “has lost the faith and the trust from the people of our state.”

“They no longer believe that he has a plan for our future and they believe he’s never cared about them. There’s been no empathy shown whatsoever from this Governor and no humility that when we did flatten the curve, he went on the national circus and went across the entire state claiming mission accomplished.”

She offered even more pointed critiques the same day on Cheddar.

As of Saturday morning, 337,569 people have tested positive with the novel coronavirus in Florida, including 333,201 state residents. Meanwhile, the overall death toll in the state crossed 5,000, with 4,895 dead residents and 107 nonresidents.

A recent Fox News poll showed DeSantis’ approval rating sliding to 53%, a six-point drop from April. The percentage of Floridians who viewed him unfavorably, meanwhile, grew from 33% in April to 40% last month.

Things took a turn four months ago, when the pandemic prompted the governor to close schools, bars and nightclubs, and place severe limitations on restaurants and other public establishments. As the shutdowns spiked Florida’s unemployment in April, benefits-seekers experienced long delays because of glitches in the state’s unemployment website, leading to widespread frustration.

DeSantis has resisted calls to reimpose shutdowns of the economy and to mandate the use of masks statewide — even as other Republican governors, such as in Texas and Alabama, have done so. Instead, DeSantis has left it to mayors and county commissioners to decide whether and how to enforce stricter measures — as major population centers have done.

“His hands-off approach is not working,” Democratic state Sen. Audrey Gibson, the minority leader in her chamber, said earlier this week. “He’s losing the war against the pandemic.”

previousRSLC is raising cash faster than it did in 2016