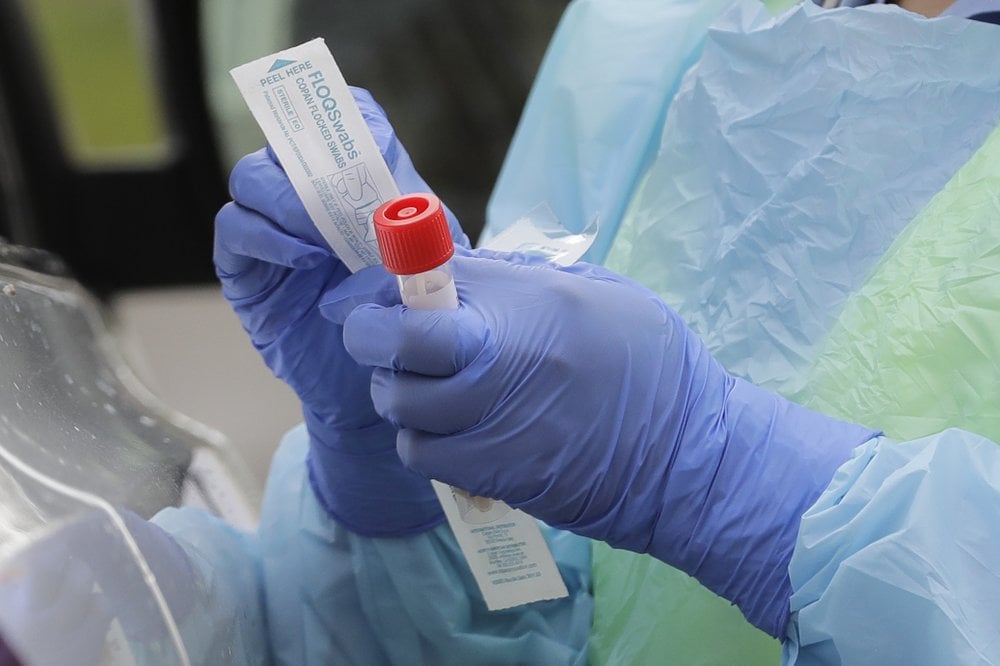 The request comes as Volusia officials, like many others throughout the state, hear complaints from citizens who say they don’t get test results back for many, many days, even weeks, forcing people into extended quarantines, sometimes for no reason, and essentially negating the purposes of the tests.

That begins with Holly Hill Mayor Chris Via and his wife Amber Via, as prime but not unique examples.

The Vias have been waiting 13 days. They had been exposed and started to get sick. They got tested at the Volusia County Fairgrounds in DeLand 13 days ago. They self-quarantined. But they’ve heard nothing on their test results, even though they keep checking the app that they downloaded to track their tests.

Volusia leaders urged the Governor to expand his program that he announced July 9 for Miami-Dade, Broward, Duval, and Orange counties, setting up a priority system with express lanes and assured fast results for people already suffering COVID-19 symptoms.

“It’s unacceptable. It’s absolutely unacceptable,” Mayor Via said Monday of the lengthy delays he, his wife, and others have experienced. “At this point, I’m speaking out; and it’s not for me and my family. It’s for every family across the state. This is unacceptable.”

At an afternoon press briefing in Orlando, DeSantis didn’t seem to be aware of the letter yet, but he suggested the program, which didn’t actually start until last Friday, could serve as a model and be expanded.

“I think that assuming we get the test results back in good order, this may be a model that we expand. And maybe what we do is some of the test sites be dedicated just for symptomatic,” DeSantis said.

Via said he spoke Monday morning with the Governor’s office and he was assured the state would look into it. The office also urged him and his wife to get retested, he said.

He, Kelley, and the mayors of the other 15 cities and towns in Volusia County have heard the same stories of frustration from numerous constituents.

“There are a vast amount of citizens reporting that they are experiencing unacceptable wait times to receive their COVID-19 testing results. Many of our worried, and sometimes symptomatic residents, are waiting between 10-14 days instead of the promised 72-hour window,” their letter to DeSantis states.

Via said he believes the delays are caused by the certain laboratory companies that he said are “bad actors,” which contracted to run the analysis without having adequate capacity to handle the thousands of tests now being performed. Other lab companies are doing a good job, Via added.

“These labs, the bad actors that are taking in two weeks and more, they’re taking in any and all tests, and they’re not pacing themselves whatsoever,” Via charged. “They get paid the same amount of money if they process these tests in two days or in two weeks.”

In their letter to DeSantis, the Volusia officials applauded DeSantis’ program to create expedited symptomatic lanes in a few counties and urged him to expand it, and to include Volusia.

“As you know, receiving test results back within 48-72 hours is extremely important in order to slow the spread of the virus and to make sure that positive cases are isolating themselves and negative cases can return to work in a timely fashion,” the letter notes.

Via said it is almost unprecedented to get all the Volusia leaders to agree on something, but their concerns here were unanimous.

In Volusia, an average of more than 1,500 tests have been performed each day for the past 14 days.