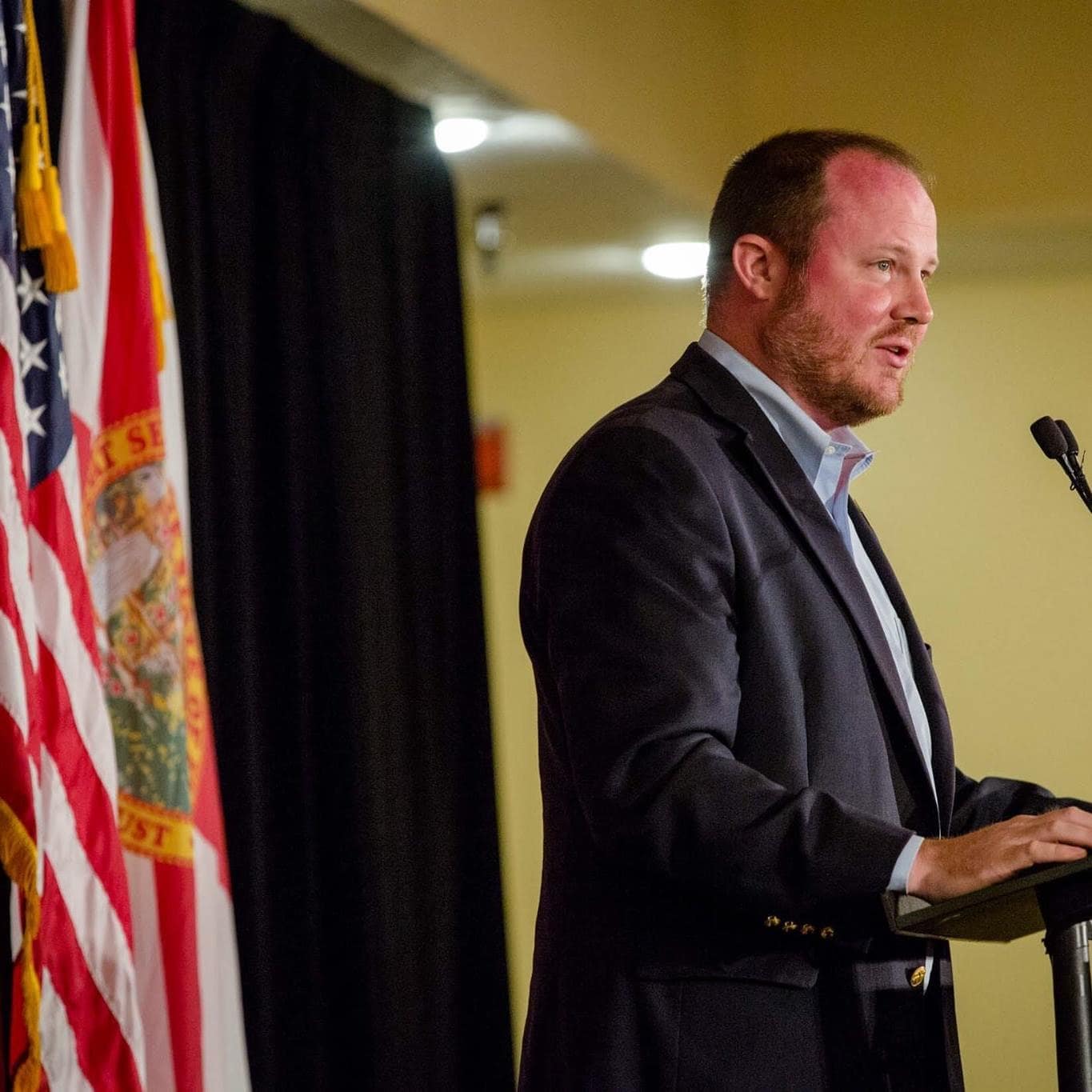 Matt Caldwell seems to be on track to be Lee County’s next Property Appraiser. He could also become the Republican State Committeeman for the county, a move many believe prefaces a run for state party chair.

But opponents in both races say he can’t be expected to hold a full-time constitutional office and lead Florida Republicans into a midterm cycle.

“He wants to be double dipping” said Chris Crowley, the sitting State Committeeman.

Crowley took umbrage that Caldwell would challenge him for his job. He said Caldwell met with him about running and made clear he saw the State Committeeman post as a platform to run for state chair.

Caldwell, for his part, said he has never announced a bid for the state chairmanship, held now by Sen. Joe Gruters.

“I’ve never said I’m definitely running for chair,” he said. “If I win the State Committeeman race, I have just said hopefully I can use that platform to interject and make sure Republicans are ready for 2022. Whether I have to be party chair, I will leave that up to the Committee. But I served in the House and I did not run for Speaker of the House.”

But just the possibility also has Caldwell facing criticism in his local race. Long-time Property Appraiser Ken Wilkinson offered support for Caldwell when he announced he would not seek an 11th term. That’s a full-time job that pays roughly $157,000 a year.

From his position, Wilkinson was able to shape statewide policy, including authoring the Save Our Homes exemption. But critics say that came at the expense of running a tight office in Fort Myers.

“Matt Caldwell wants to the same thing as Ken Wilkinson, which isn’t much,” Miller said.

Miller would prefer to use the position to push for lower taxes and encourage tax payers to employ all existing exemptions.

He has also been critical of Caldwell for years, challenging him in a 2014 primary for Caldwell’s House seat. Caldwell won with almost 61% of the vote. Between then and now, Caldwell ran for state Agriculture Commissioner, narrowly losing to Democrat Nikki Fried.

But Caldwell is the heavy favorite for the Property Appraiser gig. He’s raised $44,807 through July 10. Miller has reported no donations outside a $10,000 loan he put up himself. A write-in candidate also closed the primary so the Republican primary on Aug. 18 effectively will decide the race, something that likely favors Caldwell.

As for the State Committeeman post, Crowley has his own following in the party, as well as detractors. He ran unsuccessfully for State Attorney in a bitter primary in 2018. But he said Republican voters know his dedication to the state office.

A Gruters supporter, Crowley said he’s most offended by the notion a constitutional officer, especially one new to the job, would have time to work as state chair. While Gruters holds a Senate seat and predecessor Blaise Ingoglia served in the House while running the party, jobs in the Florida Legislature are part-time. Outside of the 60-day Legislative Session, they have more flexibility to travel the state for fundraising, field organizing and campaigning the rest of the year.

He’s also attacked Caldwell as a Never-Trumper, who wrote during the 2016 primary that he supported Marco Rubio for President and would not vote for President if Trump won the nomination.” On his Facebook page, he frequently describes himself as “the ONLY candidate for Lee Republican State Committeeman who voted for and supported President Trump in 2016.”

Notably, even if Caldwell wins the State Committeeman post there’s no primrose path to the state chairmanship. Gruters has said he intends to stay in the job. Other party figures like Leon County Republican Chair Evan Power have openly angled for the job for years.

But should the job fall in Caldwell’s lap, he believes it’s possible to do that job and Property Appraiser well.

“I don’t think it’s really that challenging,” he said. “You have got an executive director to run the business side.”

He sees the primary job of state chair as providing oversight and direction for the grassroots side of the electorate.

As for the Never Trumper accusation, Caldwell said he’s a strong Trump supporter now who is working to get the President reelected. He spoke last week at the Lee County Trump Republican Club. He’s been vocal in primaries before, including supporting Marco Rubio in a once-longshot bid against Charlie Crist for Senate.

He brushes aside a question about whether he ultimately did vote for Trump in the 2016 general election, an issue Crowley has pushed for months.

“You start answering questions like this, it’s like asking if you still beat your wife,” he said. “The people who have known me for years know I have not been shy about elections any time in the last two decades.”