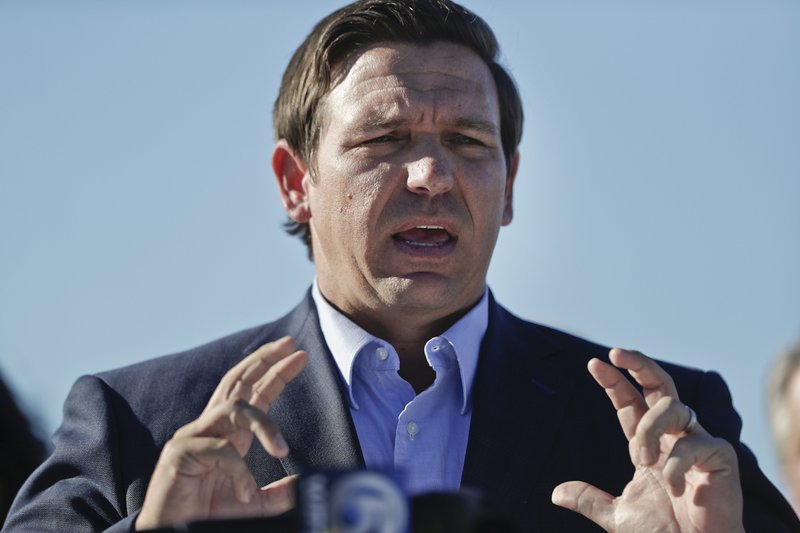 Sports leagues have a quicker testing turnaround than the general public.

With the arrival of Major League Baseball’s Opening Day, and with other professional sports leagues ramping up their seasons, the “testing industrial complex” is facing heavier scrutiny in Florida.

Professional sports leagues, including the National Basketball Association and Major League Soccer — both isolated in Florida bubbles — have seen tests returned sometimes in a matter of hours. Meanwhile, the general public gets returns in days or even more than a week.

When asked during a Thursday press conference whether there are lessons to be learned from professional sports leagues, which have enjoyed lower diagnosis rates than the state and the nation, Gov. Ron DeSantis was open to the possibility but downplayed the comparisons.

Florida has averaged more than 90,000 people tested per day over the last seven days, including 93,644 Wednesday. A Thursday update from the Department of Health showed a record 173 deaths and more than 10,249 new cases.

“If I only had 500 people in Florida testing, I could find a way to turn it around within 24 hours, no question,” the Governor said. “But we have so many people, so the question is how do you do that.”

Dedicated testing lanes for individuals with COVID-19 symptoms opened last week in a handful of drive-thru sites. Siphoning people with symptoms from the tens of thousands who are getting tested out of curiosity or for work could allow the state to prioritize quick turnarounds for those with the greatest need.

Medical professionals and first-responders have already had access to dedicated testing lanes, but the Governor says his plan would help them get results faster.

Under contract, testing labs were supposed to return results within 48 hours, although DeSantis has doubted their reliability for a quick turnaround for months.

During the Thursday press conference, the Governor suggested that five to 10 testing sites statewide could be converted to priority sites. But his proposed list of priority test-takers was more extensive than only symptomatic people and frontline workers. He grouped in people 65 and older and those who have had close-contact exposure with a confirmed positive individual.

“If you can do that, or even if you can just do most of that, we probably have relationships now where we could get the results back quicker,” he said.

The Governor’s off-script list did not include people with preexisting conditions, another at-risk demographic alongside the elderly.

Finding positive cases among health care workers and senior citizens is more important than identifying young infected individuals because of the effect on the health care system, he added.

But this month, the Governor has lamented the long wait even for asymptomatic test-takers:

“If you’re asymptomatic, what are you supposed to do, stay home and wait if you’re not sick?” he questioned in one appearance.