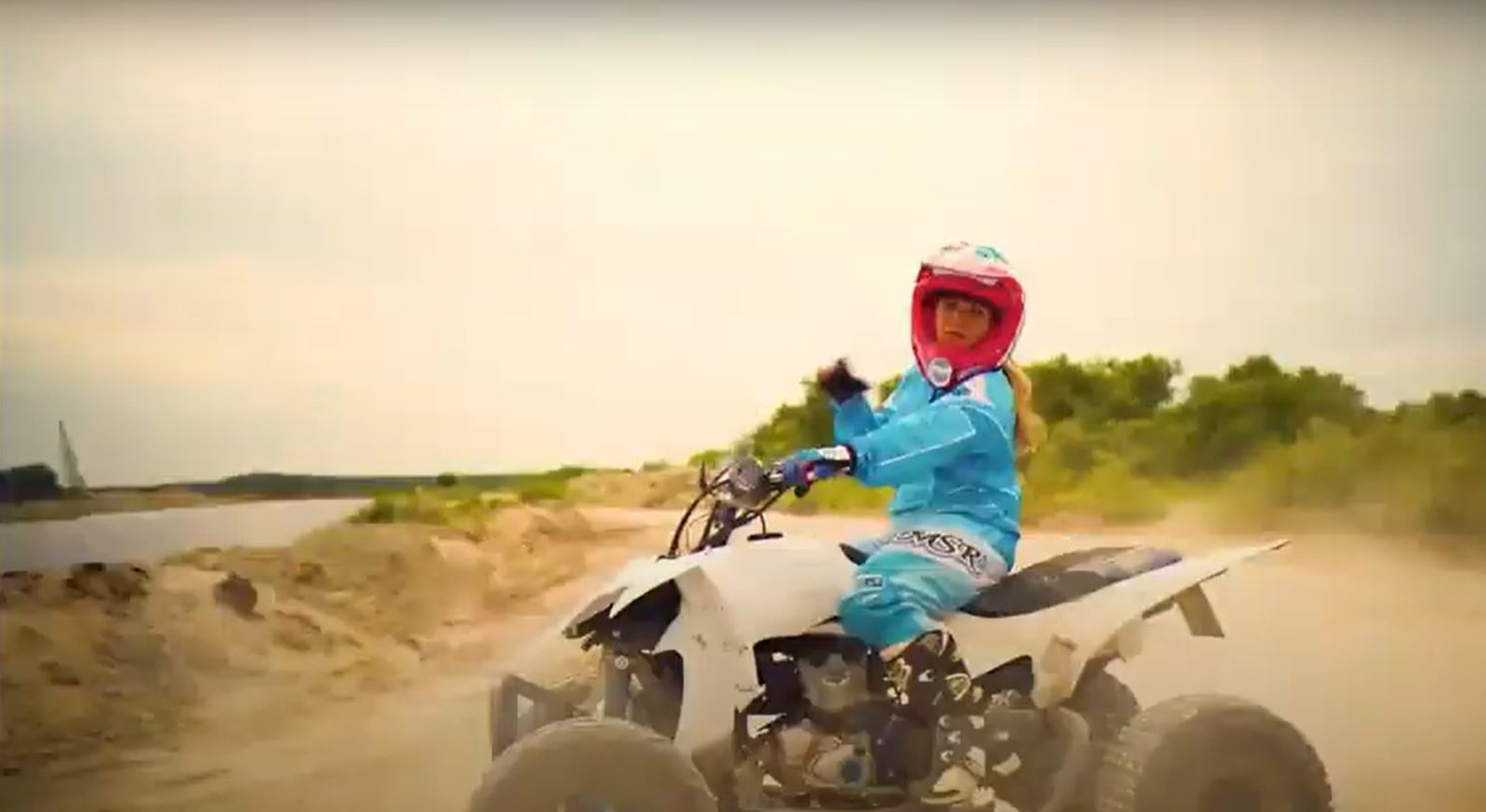 Naples House candidate Lauren Melo  charged onto the airwaves this week with her first TV ad.

The 30-second spot shows a person rocket out of a garage on the back of a four-wheeler as a narrator asks, ”What’s it take to jumpstart this economy? Someone who’s built a business, made payroll, earned success.”

The driver then takes off a helmet, revealing herself to be Melo.

“Someone with horsepower,” Melo proclaims.

The Naples real estate agent jumped into the House District 80 race immediately after Byron Donalds announced he would forgo reelection to run for Congress. She serves now as president of the Naples Area Board of Realtors, but the ad reminds she has an array of experience outside selling land.

She previously ran her own trucking company, for example. And that’s not her only experience driving a motor vehicle.

The ad then lays out a conservative platform, standing with law enforcement and President Donald Trump.

“Lauren Melo knows how to create jobs,” the narrator says. “And I’ve got the horsepower to prove it,” Melo adds herself.

The advertisement started running this week on broadcast and cable in the Fort Myers-Naples market.

She’s the first candidate in the HD 80 race on TV, an advantage of being the first entry into the race and the top fundraiser.

Through July 10, Melo raised $88,884 for the race, including $12,400 just since July 10. That included professional support like the Realtors Political Action Committee, which donated $1,000, but also a number of beverage industry entities like the Florida Beer Wholesalers Political Committee, Florida Beer Wholesalers Good Government and Coastal Beverage, which all also gave maximum amounts.