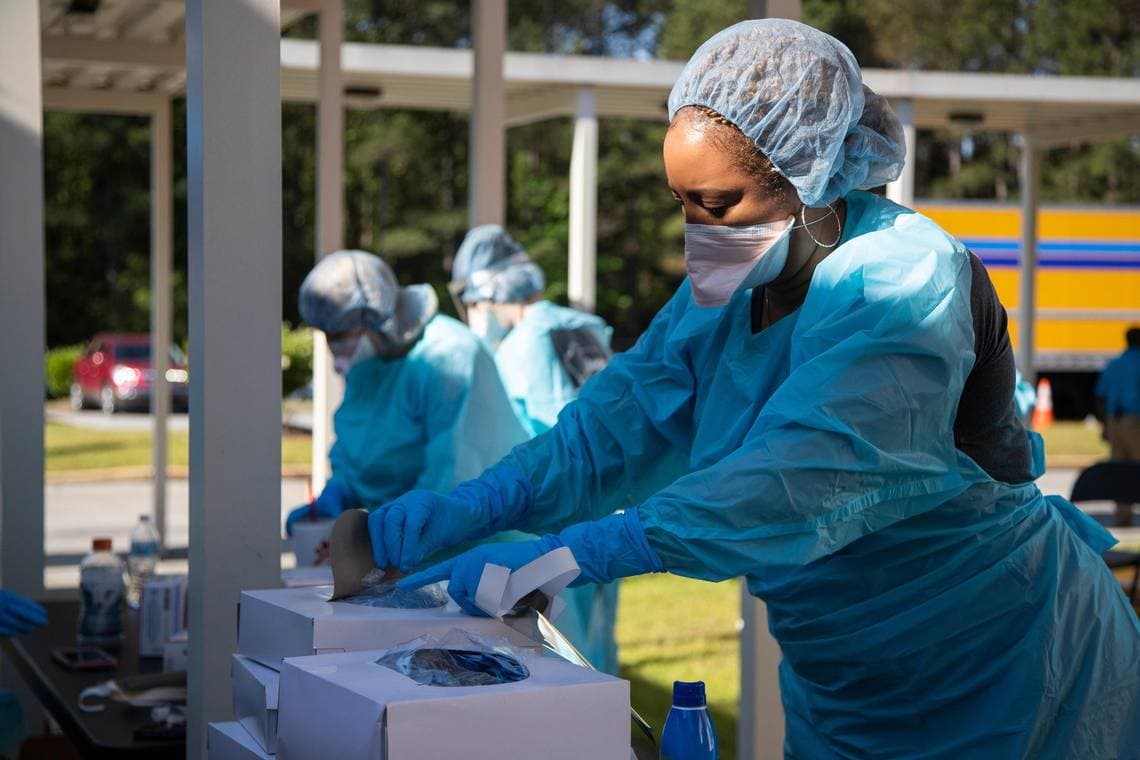 Over the past week, Broward has now seen an average of 14 deaths per day due to the virus.

Broward County recorded two additional deaths in Monday’s COVID-19 report, a sharp drop from reports on Saturday and Sunday, which saw 59 lives claimed by the virus in a two-day span.

The pair of deadly reports in the prior two days saw Broward County’s overall death rate tick up for the first time in months. That number has largely been dropping since the height of the pandemic due to better treatment and increased testing capacity, as the same or fewer deaths spread across a larger number of cases leads to a lower death rate.

Over the past week, Broward has now seen an average of 14 deaths per day due to the virus. That’s about on par with Miami-Dade County — the epicenter of the outbreak in Florida — during that same span. Add in Palm Beach county, and an average of 38 people have died per day across the tri-county area in the last seven days.

Miami-Dade saw worse numbers within the county over the previous week (July 13-19), as 24 people per day died from the virus.

Hospital space is still limited in Broward County, with around 91% of adult intensive care units occupied as of Monday morning. That’s been the case in many recent DOH reports.

ICU bed space has varied more in Miami-Dade and Palm Beach. Miami-Dade has around 88% of those beds occupied. That number sits at just 70% in Palm Beach County.

The state as a whole is seeing approximately 81% of ICU beds filled.

Overall, South Florida’s tri-county area added 4,627 cases in Monday’s report. More than half of those came from Miami-Dade County. The region has recorded 189,057 cases since the outbreak began.

The share of tests coming back positive has dropped from week to week. In Palm Beach County, that number has dipped below 10% for three straight days, showing the county may be on its way to getting the virus’s spread back under control.

The positivity rate still sits in the mid- to high-teens in Broward and Miami-Dade counties. The median age of new cases is also now in the low- mid-40s in both those counties and ticked upward in Monday’s report. That number has fluctuated over the weekend, however, so it’s hard to pull out a clear long-term trend.