Claims of murder plot against Anna Paulina Luna in court 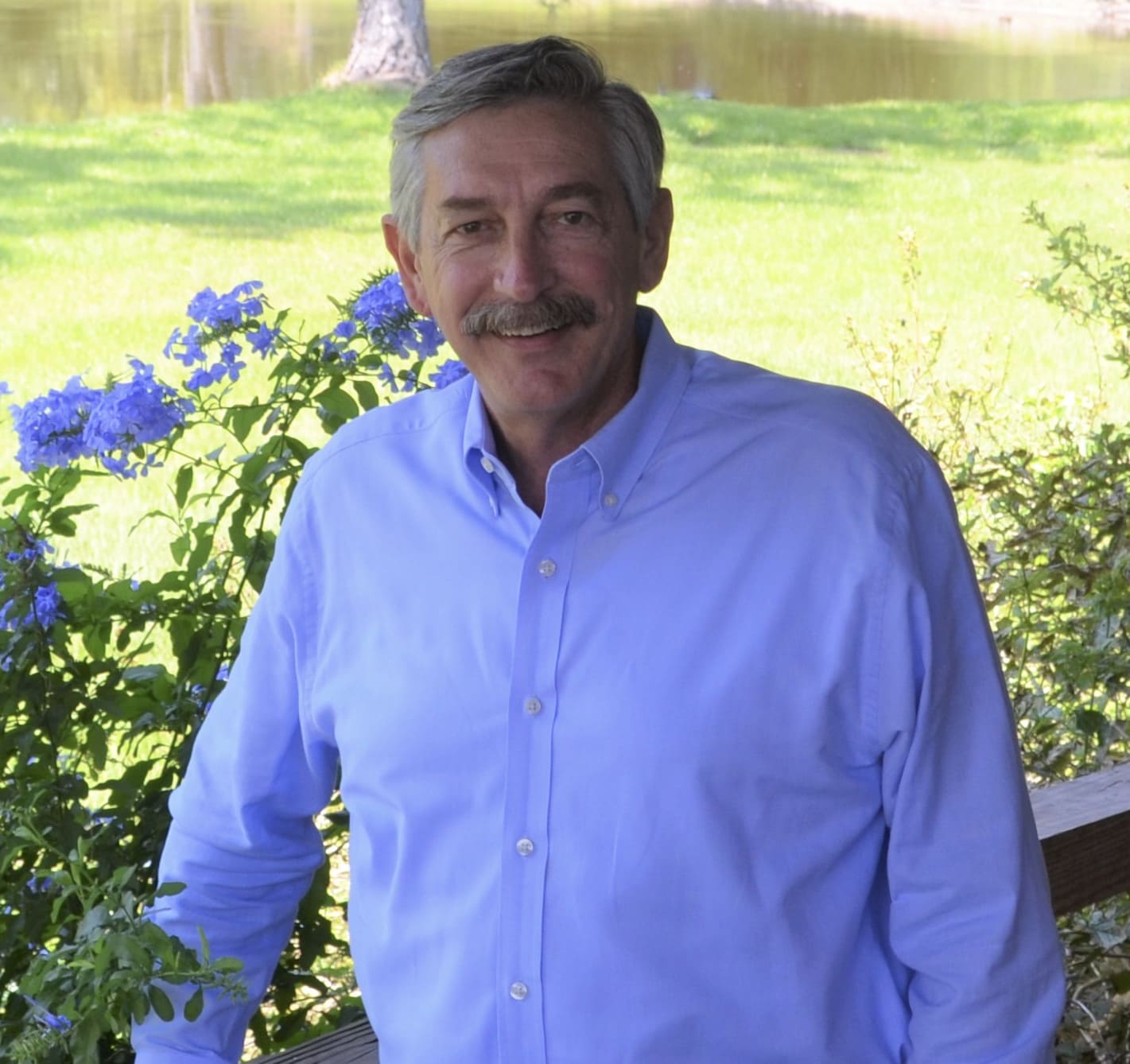 "The legislature has repeatedly and overtly rejected the will of the people."

Despite more than 60% of the vote, the legislature sues us with our money to stop voting rights restoration, buying conservation land, and keep gerrymandering.

Yes. Married for 34 years to Carolyn. We have two adult daughters.

My first job was renting chairs, umbrellas and Honda minibikes during the summer in New Smyrna Beach for King Concessions and Swift Cycles (’75-’79). During the school year, I was a custodian at All Souls Catholic School (’77-’79) in Sanford.

Yes, I consulted many friends active with the Democratic Party before entering. Yes, they were very encouraging.

Who I consult is dependent on what issue needs to be resolved. One of the benefits to having a diverse career is that I have built a large network to draw upon for advice and solutions.

Campaign staff needs are under review.

Susan. She was asked to play a role in ensuring Democrats raised enough money to field and qualify candidates in 100% of Florida’s legislative seats.

Nikki Fried. She accepted the challenge of running for Commissioner of Agricultural to protect Florida consumers.

Too much talk, not enough good results. Most of our elected officials in Tallahassee talk about small government and less spending but deliver broken government; then they blame others for it. As an engineer and businessman, I’m paid to solve problems not to talk about them. I will bring a solutions mentality to Tallahassee for the folks who live in District 15.

– Education: Florida is failing our children and our nation. While our state’s schools have the 15th largest enrollment in the nation, when it comes to pre-K thru 12 education, Florida ranks 42nd. Our state isn’t just a place for seniors to retire. Florida schools deliver the young adults who fuel our economic growth, as well as the recruits for our military. I would start reform by redirecting the tax incentives we give to businesses who relocate to Florida into job training for our citizens to work at those businesses. While it can be a zero-sum change, it incentivizes businesses to relocate here while our tax dollars go directly to help Floridians get better paying jobs. And if the company leaves after the incentive period, Florida’s workers still retain the skills learned through the incentive program. Over the long run this change will attract more industry and build our economy with our current population. I would also advocate for charter schools to meet the same testing and facility standards as our public schools.

– Healthcare: No Florida family should go bankrupt because someone they love got sick. As an engineer, I understand how we deliver and pay for healthcare is a man-made problem and it has a man-made solution.This is a public safety issue for both Florida families and first responders.  I will support policy and law that helps change how we view and address addiction and mental health. Illness is illness. Brain and behavioral health are as critical to our wellbeing as our other medical needs. The hidden cost to taxpayers of our current policies, manifest themselves in as increased incarceration (at significant risk to our first responders) and emergency room care. The financial burden of both, falls on taxpayers.

– Protecting Florida’s Environment: Properly managed, Florida’s natural beauty can be both an asset for Floridians as well as an economic driver for Florida’s prosperity. Growing up in Florida, I spent long days outdoors on the water or in the woods. Our environment is more than “an issue;” it is necessary for us to sustain life. Our environment also provides countless affordable ways for our families and retirees to find joy and entertainment. I will support tourism and smart (water efficient) agriculture to build a sustainable economy rather than continue to stress our ecosystem from irresponsible sprawl and unchecked growth.  To preserve our precious natural assets, we must understand and face the science of sea-level rise and respond with resiliency. Regardless of its cause, the climate is changing. Our government, through its representatives, needs to responsibly deal with the measurable changes in our climate and better protect our citizens and environment from disasters like the increasingly impactful hurricanes and flooding we’ve seen in Jacksonville in recent years. I’m committed to the idea that we need to be better stewards of our natural resources and actively work to mitigate the effects of sea level rise. I will work to implement “Florida Forever” as the voters intended.

I would cut the funding for the lawsuits that challenge, voter mandated amendments.  These ideologic pursuits, amount to the legislature fighting citizen with our money.  These lawsuits are a blatant disregard for the will of the people, particularly because to pass, the amendments must garner 60% of the vote.  It is important to point out, the only reason these issues were citizens-based initiatives in the first place was because the Legislature either ignored its constituents or they were so out of touch they didn’t understand Florida’s needs. In either case, it reflects poorly on their stewardship of our State.

Broadly, government that works for its citizens. Specifically, home rule – stay out of Jacksonville’s business, and whether we appoint or elect our School Superintendent and the rules around our ownership of JEA. The legislature instead should focus on water infrastructure resilience throughout the state and particularly District 15, our residents both use the water from our aquifers but are also home to large green spaces that recharge our aquifers. In District 15, this is particularly important since it is home to NAS Jacksonville. We need to ensure the Base does not needlessly experience flooding that could impact its ability to operate during a National Emergency.

Even though Amendment 2 was declared unconstitutional, I believe our state constitution should be amended to define marriage as a union between two persons. Same-sex marriage should be codified in our constitution, not legal because our fellow citizens sued their government for equality.

I believe yard signs encourage participation in the political process and allow neighbors to express their support for candidates they believe will best represent them. They should be used responsibly and removed after the election so they do not become roadside litter.

I read the weather forecast.

My political views are my own. As an engineer, I seek facts from news not opinion. Ideally I am able to get information from multiple sources, from which I draw conclusions and formulate my views.

The legislature has repeatedly and overtly rejected the will of the people. Floridians voted for amendments to restore voting rights, buy conservation lands, and stop gerrymandering. By challenging the amendments in court, they are effectively suing us with our tax dollars.