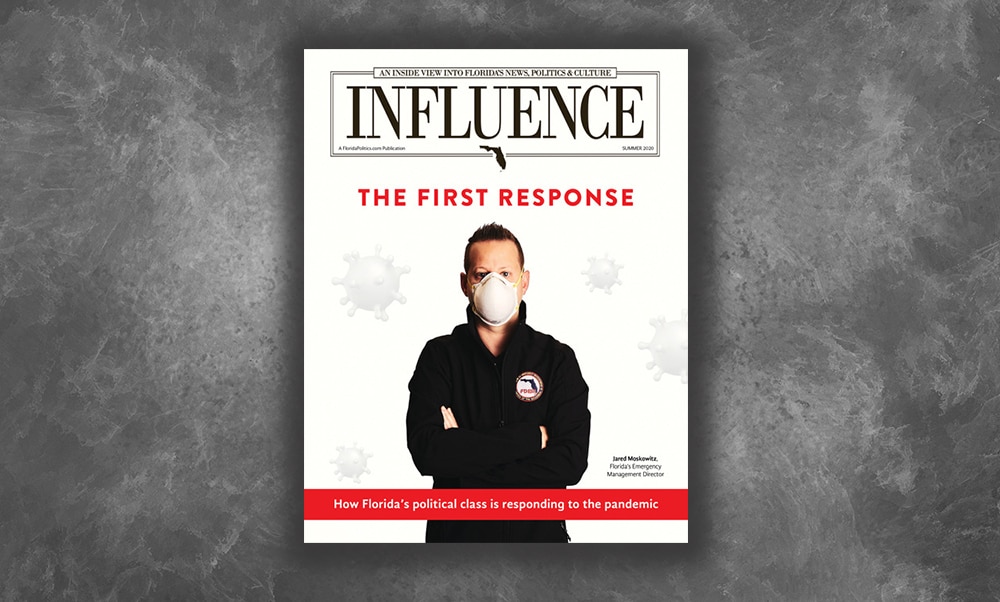 The ghost of C.W. Bill Young haunts me to this day.

Seven years ago, when my platform was a young blog, and I was doing anything I could to push my profile to the next level, I declared the Congressman dead after receiving an update from a source inside his family.

My tweet about Young’s passing was quickly picked up by the national media, including by NBC’s Luke Russert, whose broadcast made it go viral.

There was only one problem: Bill Young was not dead. He was dying. And within 36 hours, he would be gone. But to paraphrase Mark Twain, the report about Young’s death was greatly exaggerated.

I cannot begin to explain how excruciatingly embarrassing it was to wipe that egg off my face. It would be a long time before I fully reestablished my credibility.

An anonymous source sent me a document indicating there was a patient at Lee Memorial Hospital in Fort Myers who had contracted the novel coronavirus. Whispers of that long ago misstep lingered. What to do now? I didn’t want to scare 22 million Floridians by prematurely announcing the coronavirus had arrived. We knew the virus would eventually make its way to Florida, but news of the first case was a big deal and something not taken lightly.

I went back and forth with senior staff in the Governor’s Office and the Department of Health. It was clear they were stonewalling to buy time. I wouldn’t have been surprised if they preempted my reporting by announcing the news itself. But yet we had to find confirmation. Our reporters were digging, but that ghost was still haunting me. Then my source came back to me and said it wasn’t just one case, but two. When I relayed that to the Governor’s Office, state officials scrambled to organize a news conference to announce the pandemic was here.

Fast forward, another four months. As of this writing, Florida is losing the coronavirus war. The Not-So-Sunshine State has surpassed New York in total confirmed cases. And as leaders struggle with how to reopen the economy, schools, theme parks, bars and restaurants, there is no end in sight short of a cheap, widely distributed vaccine.

Yet, that doesn’t mean Florida’s elected officials and leaders are giving up the fight.

That’s what this edition of INFLUENCE Magazine is about: the first response to what will likely be a grueling slog.

CLICK HERE (OR BELOW) TO READ THE SUMMER 2020 EDITION OF INFLUENCE MAGAZINE.

You won’t find any mission accomplished banners in this edition. Still, you will discover harrowing tales of Florida Director of Emergency Management Jared Moskowitz and his battle against not only a pandemic but a looming hurricane season.

You’ll read about lawmakers who went above and beyond to care for their constituents battling for both health and prosperity. We chronicle city officials tasked with stepping in where the state would not. It’s a collection of individual anecdotes that portray a Sisyphean battle against a disease we barely understand.

We’re trying to offer a sense of purpose — and frustration — felt by leaders like Jane Castor, Lenny Curry, and Jason Pizzo as they play whack-a-mole against the coronavirus, solving one problem just as another pops up.

This edition also includes features on how Florida’s political class is rising to the occasion. Many of the lobbyists I talk with say they have never worked as hard as they have in the past few months, bridging the gap between government and their clients, some of whom have been devastated by the economic impact of the pandemic.

Meanwhile, political life goes on. We are less than 100 days from the most contentious presidential election since, what, the Civil War? Here in Florida, there are hundreds of down-ballot races. We talk to campaign operatives and candidates about what it’s like to campaign in the Age of Corona as traditional strategies have been completely upended.

There are so many other worthwhile features in this edition. Lobbyist Christian Minor talks about what it’s like to survive the coronavirus, former Federal Emergency Management Agency Director Craig Fugate outlines the lessons he has learned from previous crises. A stunning photo spread from Alex Workman shows what it’s like to work from home.

This was not an easy edition to put together. One of our photographers contracted the virus, and was waylaid for weeks. Other members of our staff either contracted coronavirus or had their families battle their way through an unknown illness. Many of our subjects had it or were one degree removed from someone who did.

Looking forward— assuming we’re all still here in a couple of months — the next edition will feature the biannual INFLUENCE 100, our essential list of the most influential people in Florida Politics. Because of this unprecedented crisis, the criteria for that list may look entirely different from last year’s.

For now, we hope this edition brings peace through knowledge, understanding and camaraderie.