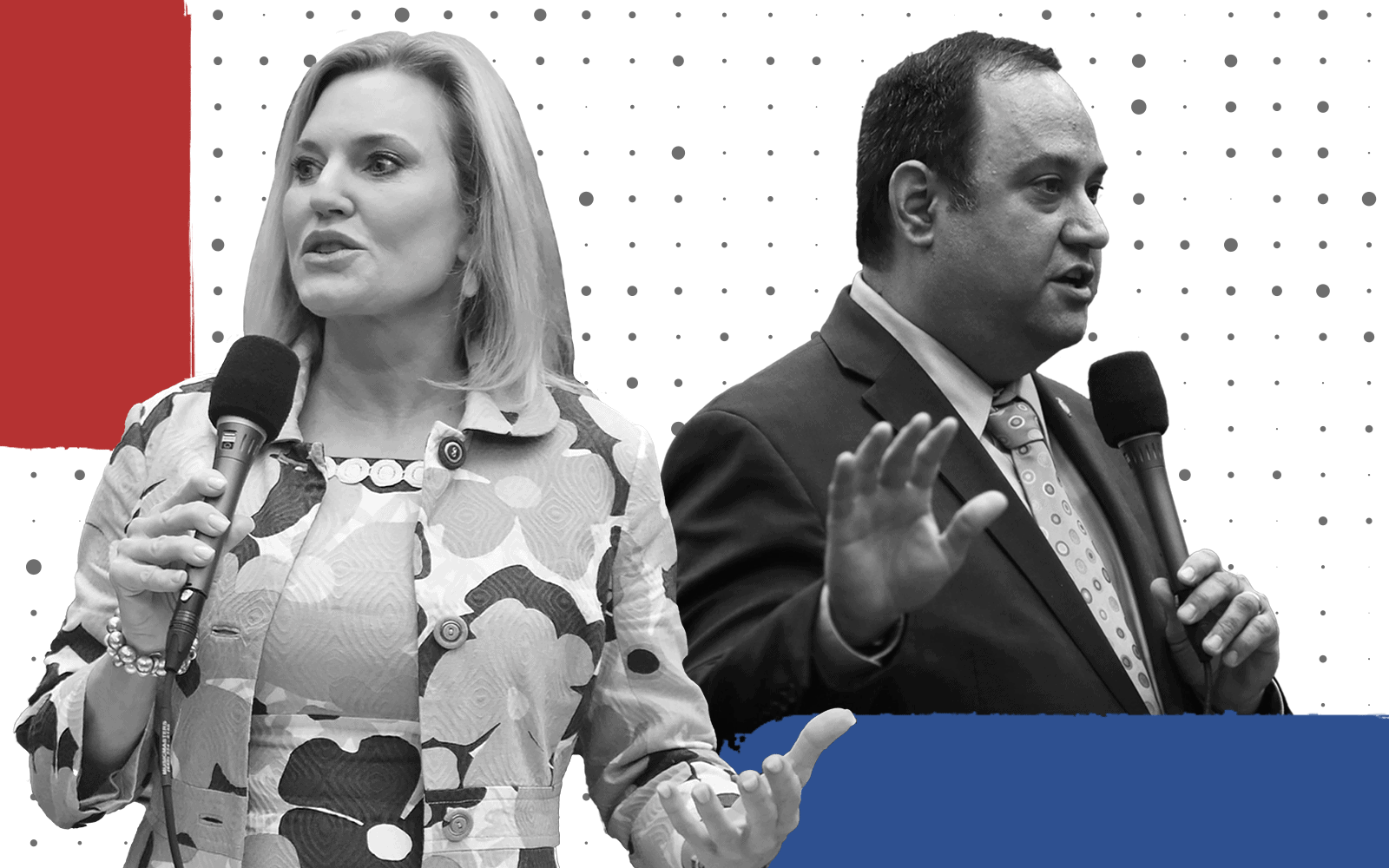 The Estero lawmaker holds a 41-point lead over his Fort Myers colleague.

The poll, from St. Pete Polls and commissioned by Florida Politics, shows 59% of likely Republican voters in Senate District 27 would vote for Rodrigues if the primary were held today. Less than 18% would choose Heather Fitzenhagen.

With just 23% of voters still undecided, the results show no real path to victory for the Fort Myers Republican, who entered the race on the last day of qualifying, without clawing away a substantial amount of his support.

Rodrigues holds massive edges across all demographics. More than 62% of male voters favor him, as do nearly 57% of women; just over 17% of male or female voters pick Fitzenhagen. He wins 40% of the Hispanic vote to her 20%. Nearly 60% of white voters plan to vote for Rodrigues, but only 17% would vote Fitzenhagen.

Nearly 27% of voters age 18 to 29 would pick Fitzenhagen, but Rodrigues wins the demographic over with nearly 42%. The older voters get,  the more they appear to prefer Rodrigues. Nearly 70% of voters over age 70 plan to vote Rodrigues but just 17% expect to bubble by Fitzenhagen’s name.

Moreover, the survey seems to show that the negative advertising his campaign waged against Fitzenhagen landed with greater effectiveness than the airwave attacks her campaign put on Rodrigues.

By comparison, around 49% of respondents view Rodrigues in a favorable light, while under 21% view him unfavorably.

It’s noteworthy only white voters as a group hold a particularly view of Rodrigues. Hispanic voters surveyed split 40% favorable and 40% unfavorable on the Estero lawmaker, while a third of black voters dislike him with the rest undecided.

But more Republican voters tend to dislike Fitzenhagen than like her in every age, race and gender demographic.

The automated poll was conducted July 28 and include responses from 463 likely primary voters. Pollsters report a margin of error of 4.6%.

The two eight-year lawmakers serve together now in the Florida House and face term limits in their current districts. Rodrigues jumped into the Senate race last year, winning the support of GOP leadership in the upper chamber.

Fitzenhagen initially took a pass at the race and ran in a crowded field for an open congressional seat, but switched in the last hour possible to the Senate race.

Since then, both sides have faced a barrage of criticism. Fitzenhagen has been hit for her opposition to a parental consent bill, with an ad funded by the Florida Republican Senatorial Campaign Committee calling her “Planned Parenthood’s favorite politician.” Tim Baker of Data Targeting put together the apparently effective spots.

Rodrigues, in ads from a political committee largely funded by the Everglades Water Trust, has been trashed as too cozy with agriculture interests, repeatedly called “Sugar Ray” in TV and video spots.

FItzenhagen has criticized Senate leadership for taking sides in the primary, and said the negative ads distort her record.

“I am pro-life and support parental consent,” she said. “However, when horrific extenuating circumstances present themselves we must be prepared to act. A young mother dying on the operating table need immediate help. Rodrigues would rather score political points than actually save her life.”

But the poll shows attacks on her have worked, and there may not be enough points left to score in the game to bring Fitzenhagen back.

Rodrigues’ campaign, for its part, showed no signs of letting up on campaigning aggressively.

“The only poll that matters is taken on Election Day and Ray continues to work hard every day to earn voters’ trust,” said Erin Isaac, Rodrigues’ communications director.

Notably, while another survey by St. Pete Polls showed more Republicans this year planning to vote at the polls, this one shows nearly 62% of voters in the Lee County district will vote by mail.

The St. Pete Polls survey in the district also produce different findings than a June internal poll released by the FItzenhagen campaign suggested. A Remington Research Group poll, taken June 18 and 19, found Fitzenhagen with a 10% lead over Rodrigues and greater name recognition in the district.

The winner of the Aug. 18 Republican primary will face Democrat Rachel Brown in the deep red district.

nextJoe Biden’s notes: ‘Do not hold grudges’ against Kamala Harris