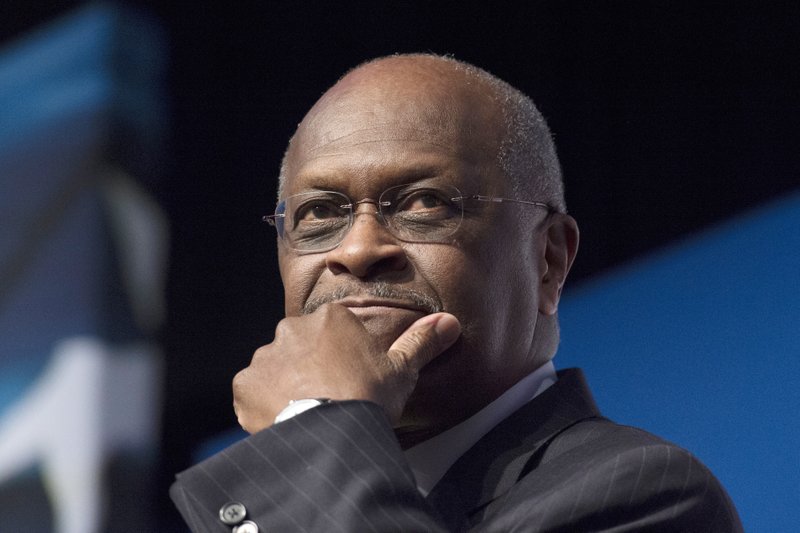 He had been hospitalized with COVID-19.

The personal website for the business magnate-turned-political voice confirmed the news in a lengthy statement.

“Herman Cain – our boss, our friend, like a father to so many of us – has passed away,” wrote North Star Writers Group editor-in-chief Dan Calabrese. “He’s entering the presence of the Savior he’s served as an associate minister at Antioch Baptist Church in Atlanta for, and preparing for his reward.”

Cain was being treated for COVID-19 after attending a June 20 rally for Donald Trump, in Tulsa, Oklahoma, according to the Associated Press.

“We knew when he was first hospitalized with COVID-19 that this was going to be a rough fight,” Calabrese wrote. “He had trouble breathing and was taken to the hospital by ambulance. We all prayed that the initial meds they gave him would get his breathing back to normal, but it became clear pretty quickly that he was in for a battle.

“We didn’t release detailed updates on his condition to the public or to the media because neither his family nor we thought there was any reason for that. There were hopeful indicators, including a mere five days ago when doctors told us they thought he would eventually recover, although it wouldn’t be quick. We were relieved to be told that, and passed on the news via Herman’s social media. And yet we also felt real concern about the fact that he never quite seemed to get to the point where the doctors could advance him to the recovery phase.”

Cain notably ran for President in 2012, at one point leading Mitt Romney in primary polls. It was a straw poll in Florida that propelled Cain to his time atop the GOP field. But that was shot lived .Cain struggled to respond to accusations that he had sexually harassed several women and — in a video that went viral on the Internet — rambled uncomfortably when asked whether he supported or opposed President Barack Obama’s policies in Libya.

The former pizza  chain magnate drew enthusiastic crowds with electrifying sermon-like speeches and his unique “9-9-9” flat taxes plan, and by perfecting a signature mic-drop long before other politicians realized how to exit like a rock star. “If 10% is good enough for God, 9% ought to be good enough for the federal government,” he told crowds.

But in a crowded field he soon looked like a flavor-of-the-week candidate as the better organized and funded Romney campaign eventually plowed other Republican candidates aside.

He was briefly considered last year by President Donald Trump for an appointment to the Federal Reserve. Cain politically co-chaired the Black Voices for Trump.

“Herman Cain embodied the American Dream and represented the very best of the American spirit,” she wrote. “Our hearts grieve for his loved ones, and they will remain in our prayers at this time. We will never forget his legacy of grace, patriotism and faith.”

Cain was 74 and had previously survived cancer. Most recently he launched a show on Newsmax.

“The last time I talked to him was when he was getting ready to start the Newsmax show,” Calabrese wrote. “He was really pumped about it, and I was happy for him because he’d walked away from a nice contributor gig at Fox a couple years early to head a Super PAC. When that ran its course, Herman really wanted to get back into TV, and this afforded him a beautiful opportunity. Alas, he only ever got to host one episode.

A number of Florida politicians reacted to news of the death.

U.S. Rick Scott, another businessman-turned-politician, tweeted he was “saddened to hear of the passing of Herman Cain, a strong voice in our party and our country. Our thoughts and prayers are with his loved ones during this time.

“He was the embodiment of the American Dream,” Yoho tweeted. “He was a successful businessman, presidential candidate, & an inspiration to many. May he rest in peace & his family find comfort during this difficult time.

“He was a mentor, patriot, and the embodiment of the American Dream,” Donalds tweeted. “He fought for liberty, justice, and opportunity for all––inspiring people like myself to get involved. I volunteered on his campaign in 2011, he will be dearly missed.