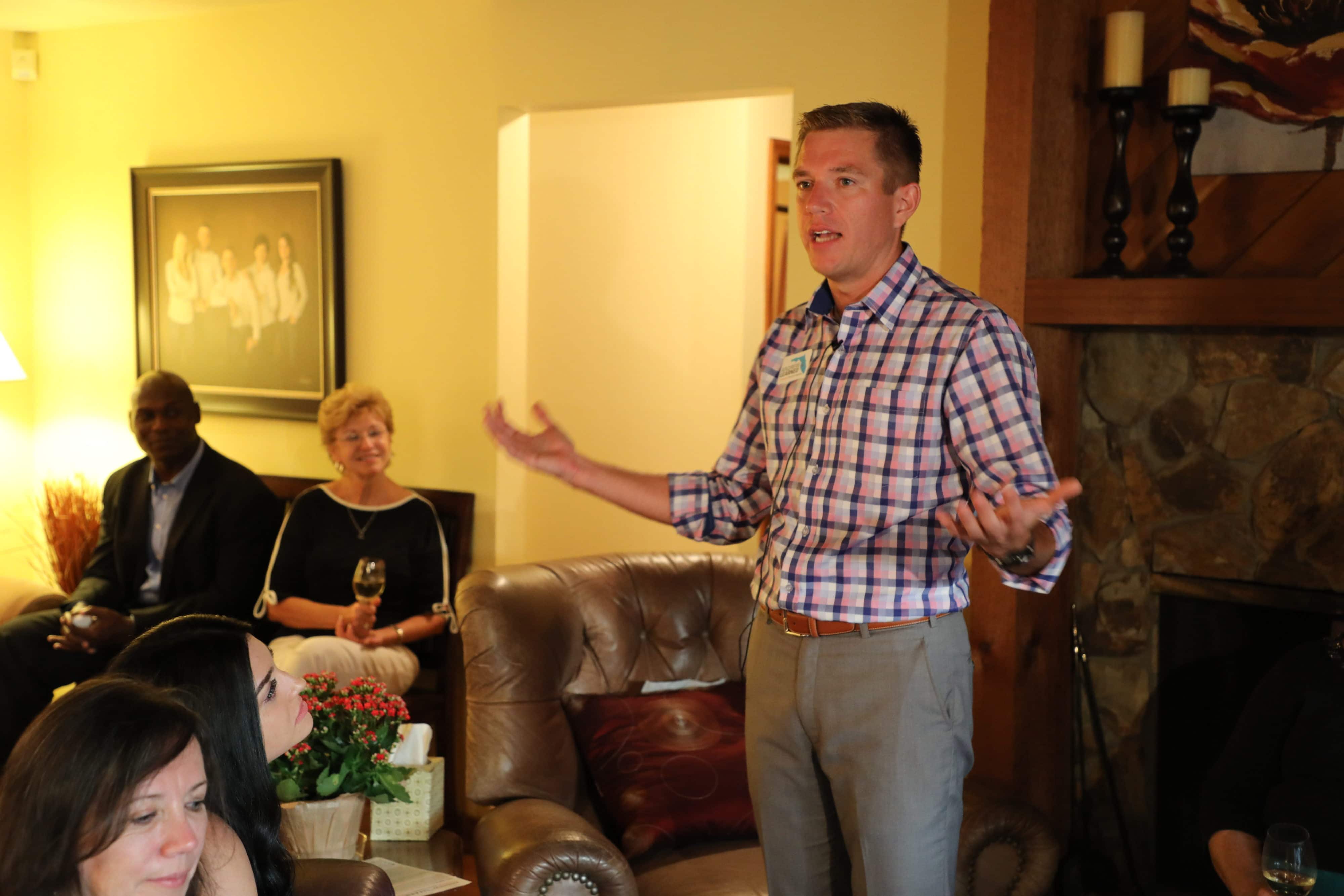 "I’m running to turn things around and restore confidence and competence in our state government."

I’m a Navy veteran who saw first hand the consequences of irresponsible leadership from Washington when we lost a US Navy SEAL in Yemen. Now, my small business is being devastated by COVID because of an inept response by Florida. I’m running to turn things around and restore confidence and competence in our state government.Education background?

Economics and Government and World Affairs double major at the University of Tampa.

Bunker-raker on a golf course.

Yes of course! Literally hundreds of my friends, clients, and supporters reached out after 2018 to encourage me to keep fighting here at home for a change for Florida. The incumbent Representative Adam Hattersley encouraged me to run, as did House Leadership Ben Diamond, Evan Jenne, and Bobby Dubose.

Too many people to list! I think everyone brings to the table unique perspectives so when I am facing a challenge I often try to seek out as many opinions as possible from stakeholders. For example, in the depths of COVID when my business was on the brink, I reached out to numerous CEOs, commercial landlords, fellow franchisees, public health experts, teachers and clients all trying to wrap my head around the best path forward.

My Republican Trump-voting parents. Because they believe in me and have always preached to vote for the person, not the political party.

Because one party, the Republicans, have it as their world-view that government cannot work. Then, when they defund schools and healthcare, favoritizes corporations over small businesses, and pass budget-busting tax incentives for their friends and the system comes crashing down it only further proves their rhetoric. I want to go, govern responsibly and pass legislation that helps everyday working people and those who are not part of the good-ol-boy networks of power.

A COVID-19 response that meets the moment and gets our economy back on track. An education plan that safely reopens schools and provides the flexibility parents, teachers, and students need. The passing of the Medicaid Expansion so Florida can join with 37 other states in not sending out tax dollars to California and New York but instead make healthcare more affordable for Floridians.

Clean and renewable energy for Florida and tech that changes the way we live, work, travel, and play.

Right now? A safe school reopening plan that gives our local school board the freedom to make the right call for Brandon, FL. Further, we need to get our economy back on track which the Republican-led legislature still refuses to hold Session to address.

I have many times at the ballot box, but the Republican legislature just preempts citizen-initiatives and does whatever they want anyways so I really don’t understand the point of this question until we replace them.

Boy do some people think they are! But no, Republicans put them everywhere because they live in the more rural parts of the district but in the more densely packed Democratec enclaves we just knock on doors and talk to people about the issues they care about.

First thing in the morning I actually listen to my news via podcasts while working out on my bike.

Navy Veteran and owner of a local tutoring company is running for #FL59 to bring a new generation to #FlaPol. 25+ years of single-party rule in Tallahassee is too much and we need a change and a COVID response that meets the moment. AndrewLearned.com for all the deets!

USF Bulls, Rays, and Lightning. Really anything I can get tickets to in Tampa.

previousMore than 45,000 in Southwest Florida have tested positive for COVID-19