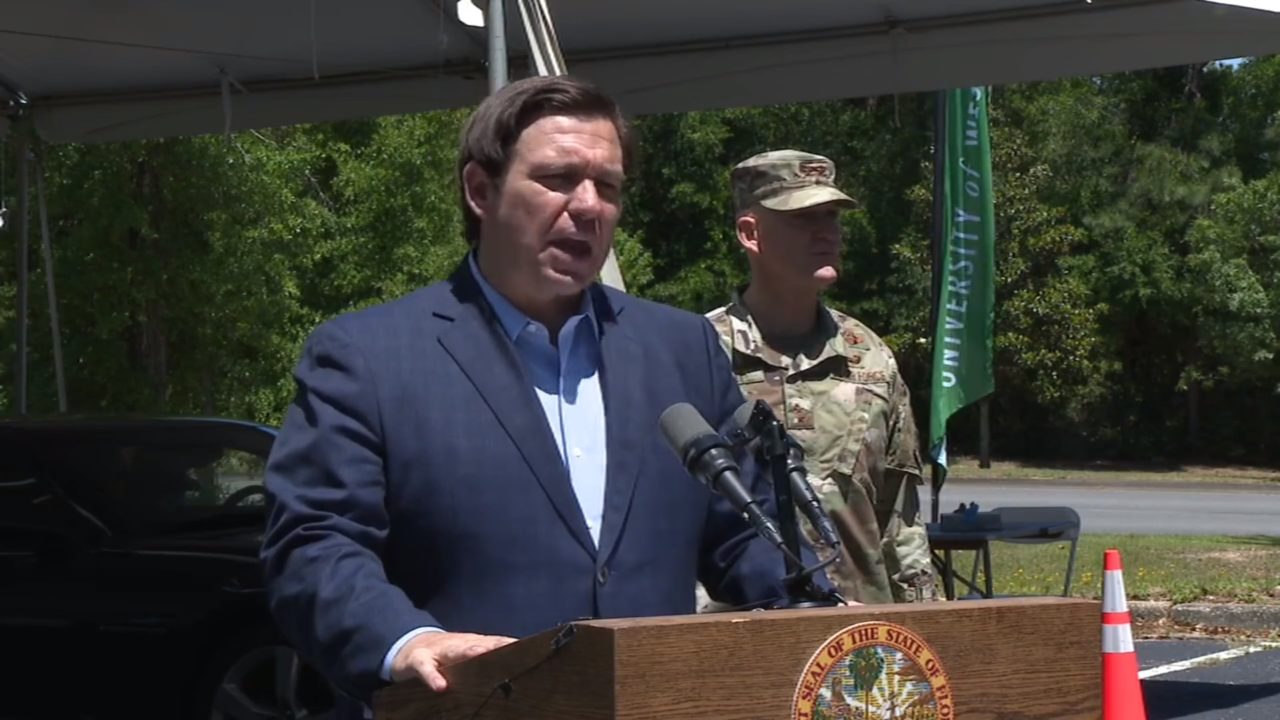 The hurricane is expected to make landfall in Florida Saturday evening.

Gov. Ron DeSantis issued a state of emergency for portions of the state Friday and urged Floridians to ready themselves for Hurricane Isaias.

The state of emergency is in place for every coastal county on Florida’s east coast from Miami-Dade to Nassau Counties.

“The most important thing people can do right now is remain vigilant and pay close attention to local warnings and local news,” DeSantis said. “Now is a great time to make your disaster supply kit if you haven’t already.”

South and Central Florida could face heavy rains from the Category 1 hurricane as soon as Friday evening, according to the National Hurricane Center.

A projected three-day storm path shows the storm may make landfall in Florida around 8 p.m. Saturday.

As of this morning, the hurricane had maximum sustained winds of 80 miles per hour with some higher gusts. The NHC reported tropical storm-force winds extending 205 miles from the center of the storm and hurricane force winds reach 45 miles from its center.

“You should presume that if you’re in the path of this storm you could lose power, so prepare accordingly,” DeSantis said.

The Governor also reminded Floridians COVID-19 remains a present threat in the state. He added that the Florida Department of Emergency Management, in preparation for hurricane season, created a reserve of personal protective equipment.

“The State of Florida is fully prepared for this and any future storm during this hurricane season,” DeSantis said.

On Wednesday, the Division of Emergency Management announced it will close all state funded testing centers ahead of the storm’s landfall. The Governor clarified Friday that only state-funded testing sites within storm’s projected path will be closed.

“Our sites, because they’re outdoor with tents, if they were to get 40 to 50 mile per hours winds they would collapse,” DeSantis said. “Safety is paramount for that.”

DeSantis announced he will meet with President Donald Trump later Friday to discuss the storm and COVID-19 in Tampa.

He plans to ask the President for an extension for the National Guard .

“I think we will get that,” DeSantis said. “The Guard has had such a huge rule in the COVID response. Obviously they have an important role with hurricane response. That’s gonna lapse in a couple days and that will put us in a difficult position as we continue to go forward.”

nextCOVID-19 strikes Volusia Sheriff: 'Anyone can catch this'