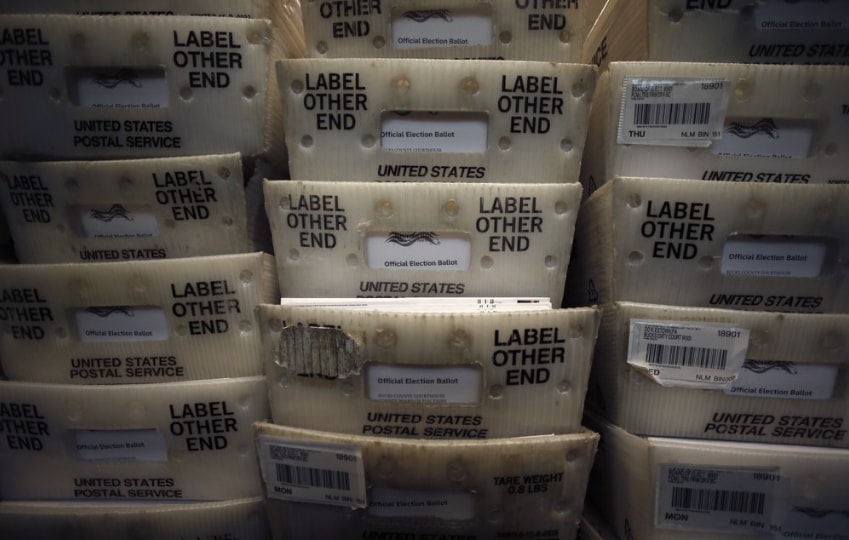 In late July, the Florida Education Association (FEA) sent out instructions to approximately 70,000 of its members, providing them easy-access forms to request mail-in ballots from their local supervisor of elections (SOE).

The problem? Thanks to a vendor’s technical glitch, the return envelopes sent to many of those members listed an incorrect SOE address, resulting in those forms being sent to a different county’s SOE office.

The episode led to the FEA terminating its nearly two-decade relationship with Deliver Strategies. A representative from Deliver says the firm took full responsibility for the mistake and called it a result of “human error.”

Representatives from the FEA said the original forms were mailed to FEA members from July 23-24.

Members then began receiving and filling out the forms. When it came time to mail the requests to their respective SOE offices, however, some FEA members noticed that return envelopes provided by the FEA and Deliver listed an incorrect SOE address.

Representatives from the FEA say they were contacted by members who noticed the irregularities by Wednesday, July 29.

The FEA then reached out to local leadership and by Thursday, July 30, began contacting all members to notify them of the mistake.

Upon reviewing information with their members, the FEA did find some return envelopes did contain correct addresses. Nevertheless, the FEA sought to contact all members who received the forms — either by email, text or postcards sent by first class mail — to inform them of the glitch out of an abundance of caution.

Representatives from Converge Government Affairs, which works on behalf of the FEA, say they’re confident all affected members will be notified of the error. Should some members fall through the cracks, they will still have the option to vote early or on Election Day. The error did not affect anyone’s voter registration itself.

Still, the episode comes at the height of President Donald Trump attempting to turn the vote-by-mail process into a political football. Trump has tarred mail-in voting and suggested without evidence it will lead to a fraudulent November election.

The President has attempted to make a distinction, however, that is not always clear when he talks about “mail-in voting.” Trump seems to use that term synonymously with a universal mail-in voting system, where state and local governments mail ballots to all voters, regardless of any request.

An “absentee system,” where voters must first request those ballots, is kosher in Trump’s eyes. “Absentee ballots are secure and they are very good, but universal mail-in ballots are a disaster,” Trump said Friday.

However, Florida’s system — which adheres to Trump’s push that ballots must first be requested — is not labeled an “absentee ballot” system any longer. While Florida requires voters to first request those ballots, the system is still dubbed a “vote-by-mail” system.

“A vote-by-mail ballot refers to a ballot that you request and pick-up or have delivered to you without having to vote at the polls during early voting or on Election Day,” reads the state Division of Elections website.

The confusion has led to some prognosticators worrying that Trump is deflating motivation among his own base to use the existing vote-by-mail systems. The Florida Republican Party even doctored a Trump tweet where he tried to explain the jumbled distinction. That tweet praised “absentee ballots” while bashing “mail-in voting,” though the terms are synonymous in Florida and many other states.

It’s unclear whether the Deliver Strategies snafu will be seized upon by Trump allies seeking to poison public opinion regarding mail-in voting even though, again, Florida’s system is in line with Trump’s own recommendations.

FEA members who don’t request those vote-by-mail ballots by Aug. 8 wouldn’t be able to utilize the system for the Aug. 18 primary. Individuals would have until Oct. 24 to request a mail-in ballot for the Nov. 3 general election.