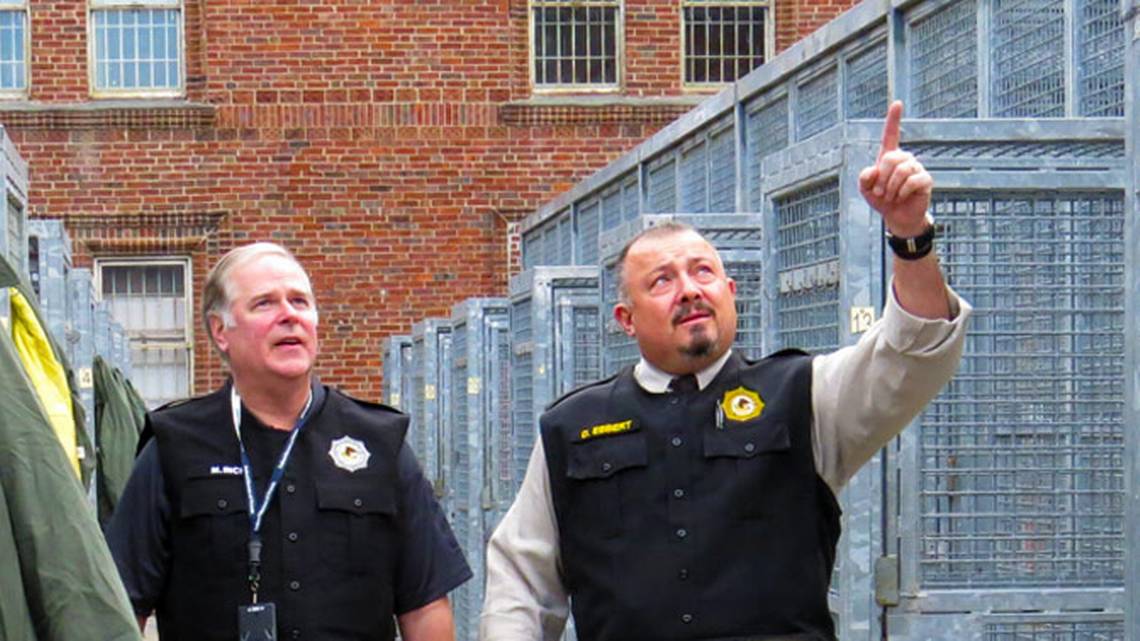 As of Friday, 8,126 prisoners and 1,675 corrections workers have tested positive.

As COVID-19 spreads throughout the state’s prison system, Florida Department of Corrections Secretary Mark Inch and one of his top lieutenants have tested positive for the virus, the state agency announced late Friday night.

Inch began experiencing mild symptoms shortly after visiting Columbia Correctional Institution, a North Florida prison where 1,300 inmates and 72 corrections workers have tested positive for the virus, according to a press release issued by corrections officials Friday. Deputy Secretary Ricky Dixon has also tested positive for COVID-19, but is currently asymptomatic, the release said.

“Just like the numerous correctional and probation officers and staff who we’ve asked to stay home and recuperate after a positive test, Deputy Secretary Dixon and I are self-isolating as a result of our recent COVID-19 test results,” Inch said in a statement Friday night.

Inch is the highest-ranking state official known to have tested positive for the virus since the first COVID-19 case was reported in Florida on March 1. The secretary and department officials have visited numerous correctional facilities and probation offices “to provide support” over the course of the pandemic, according to Friday’s update.

Department officials said Inch began experiencing symptoms 24 hours after he returned from a statewide conference and a visit to Columbia Correctional Institution in Lake City.

The department did not disclose the name or location of the statewide conference, or whether Inch came into close contact with inmates or workers who had tested positive for COVID-19 during his visit to the Lake City prison. The agency did not immediately respond to requests for more information.

“Trace back measures have been conducted and individuals who were in close contact with Secretary Inch and Deputy Secretary Dixon in recent days have been informed of their positive status. These individuals have been encouraged to take proper precautions and undergo testing,” Friday’s release said.

Corrections officials added that the agency “has a robust continuity of operations plan and will see no degradation in security, public safety or inmate welfare as a result of any member of leadership‘s necessary self-isolation following a positive test.”

The diagnoses of the agency’s leader and one of his chief aides comes as thousands of inmates and corrections workers have tested positive for COVID-19, the deadly respiratory illness caused by the novel coronavirus.

As of mid-Friday, 8,126 prisoners and 1,675 corrections workers — including corrections officers, probation officers, nurses, food service workers and administrative personnel — have tested positive for the highly contagious virus. Fifty inmates have died of complications related to the disease as of Friday.

The surge of cases in Florida’s prison system has sparked calls for help from inmates, corrections workers and their families. Criminal-justice reform advocates also are pleading with Republican Gov. Ron DeSantis to do more to address the spread of the virus behind bars.

“The people are the loved ones of your constituents who are relying on you to protect them. They want leadership and are looking to you to provide it. I am begging for your help,” Denise Rock, executive director of the nonprofit inmate-advocacy group Florida Cares, wrote to the governor on July 22.

“The governor and the Cabinet absolutely have the authority to do this,” Brandes said in an interview Wednesday. “How bad do things actually have to get before they are actually going to act?”

DeSantis was asked about Inch during a press conference Saturday morning at the state Emergency Operations Center, where the governor discussed preparations for Hurricane Isaias.

The rising number of cases in the state’s prison system — which houses more than 87,700 inmates — “has been a reflection as the prevalence has increased in the community,” DeSantis said, adding that “there’s been a lot of testing going on” to limit the spread of the virus.

“But it’s a difficult problem,” he acknowledged. “We appreciate all the efforts that they’re doing. It’s not an easy situation when you’re dealing with the prison setting.”

To cope with the rapid increase of infections in Florida prisons, corrections officials launched emergency plans at two facilities where COVID-19 has caused significant staff shortages.

“Usually, this was done during some of the darkest hours of prisons — during riots, a natural disaster or a hurricane,” Jim Baiardi, who leads the state corrections chapter of the Florida Police Benevolent Association, said July 14, a week after the plans were launched. “Now, it’s getting to the point where it’s getting so bad that they’re doing this during the pandemic.”

Reprinted with permission from The News Service of Florida.