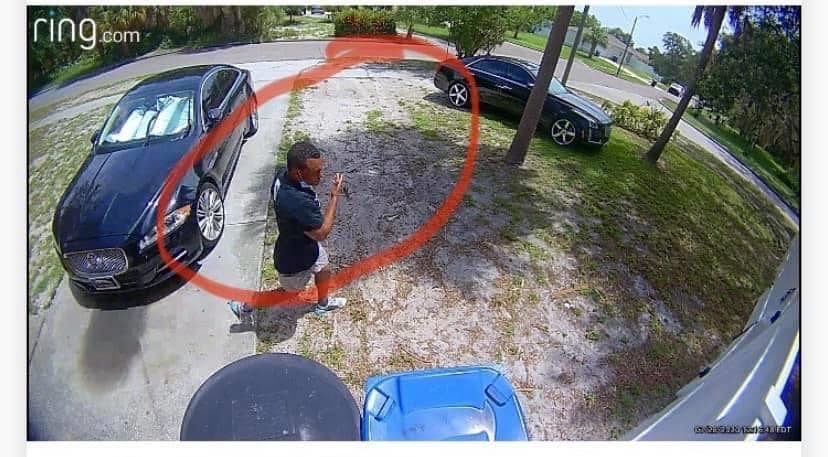 Oliver’s campaign believes the young Black candidate was the subject of racial profiling.

The candidate runs miles every day to deliver campaign literature to constituents in the district, which includes southern Pinellas County as well as parts of Hillsborough and Manatee counties. As part of his campaign, he has been posting videos with the caption “I’m running for office, literally.”

“My efforts to connect with voters safely during COVID by running masked, door to door, unfortunately, have been subject to scrutiny,” Oliver said. “However this gives our community a platform to discuss some important racial disparities still happening, today.”

Oliver said he designed the approach as an opportunity to connect with voters safely during the COVID-19 pandemic.

However, last Tuesday, the candidate was caught on a Ring camera running door to door dropping off campaign literature. A homeowner posted video from her Ring app with a safety alert titled, “guy walking around stealing mail.”

The post quickly filled with comments including from neighbors explaining and defending the young Black candidate.

“During the chaos, it’s easy for people to jump to conclusions,” Oliver said in a news release. “We have to be vigilant to keep crime down but we also have to use our best judgment before making assumptions because it could (cost) someone their life.”

“I’m happy that people in District 70 know me well enough to be able to correct the narrative, I think it says a lot about the people I’ve touched and I’m going to keep running for District 70 to spread positive messages and promote change,” he said.

Oliver is running against three other Democratic candidates in the August primary. The winner will replace Rep. Wengay Newton, who is stepping down to run for Pinellas County Commission. The other candidates include civil rights attorney Michele Rayner, Newton’s Legislative Aide Michelle Grimsley and attorney Keisha Bell. All of the candidates are Black.