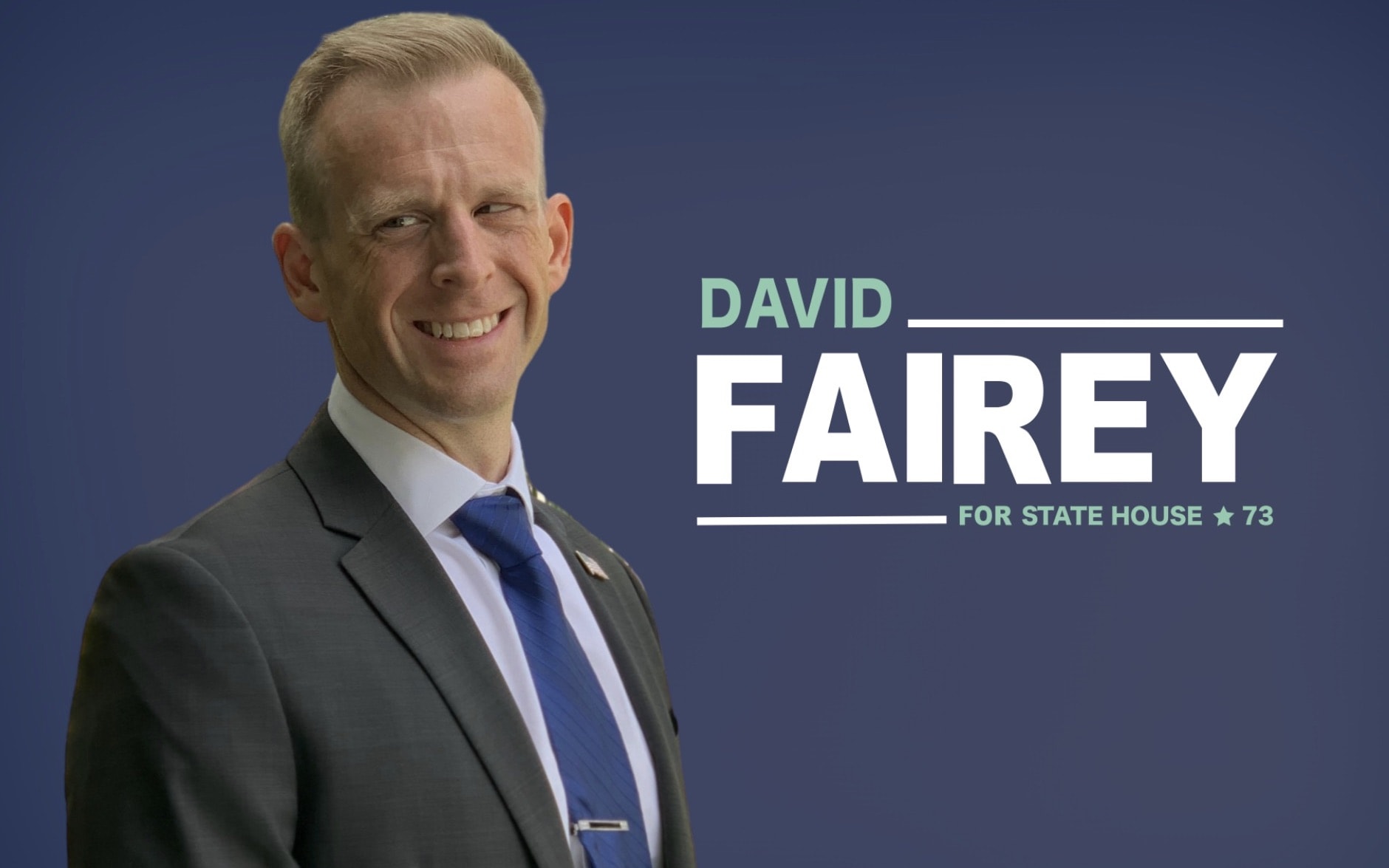 I have a master’s in business and accounting. I am a Certified Public Accountant (CPA) and a Chartered Global Management Accountant (CGMA).

My first job was when I was 15 bagging groceries.

My wife, Christina, and I have been married since 2002 and together we have 4 children.

Yes, I spoke with some people from the party leadership in the area. They were very kind, helpful, and encouraging.

My wife, subject matter experts, colleagues, mentors, and those who have unique experience in an area I require advice; perhaps someone who has been or would be affected.

Bryan Farris is my consultant and Christina Fairey is my Campaign Manager.

My friend, Mike, from his company. He did all my website set up and graphic design.  We have been friends since high school, and he believes in what we are doing and wanted to be a part of it.

I think mistrust happens for a number of reasons. Obviously lying or other overtly deceitful acts leads to mistrust in any situation, not just politicians.  At the heart of mistrust, I believe, is this tendency for officials to not speak plainly and communicate clearly. How many times do you see an elected person or candidate asked a direct, simple question and they answer with vague platitudes that are as obvious as they are uninformative and unresponsive to the question. This type of non-responsiveness feels like they are hiding something. It comes across like they care more about preserving their power than being honest and clear with people.

The way to combat this is really simple. Be clear, honest, and complete. Worry more about that then merely preserving power. People will not all agree with you but everyone can respect honest clarity.

More investment in affordable housing. This area received only a fraction of what was slated, and more is necessary.

I would add or strengthen language around free and fair elections, specifically focused on fair districting in order to stop partisan gerrymandering. This would lead to a proportionally representative legislature, and thus, all other state law issues could be more easily handled. We would also avoid one-party supermajority rule disproportionately forcing its will on the state like we have now. In 2018 for example, statewide election for Governor and U.S. Senate were a virtual tie, with our current Governor winning by some 10,000 votes in a state of over 20 million residents. Yet the state legislature was not 50/50 or even close. Republicans won almost 65% of seats. This is because of gerrymandering and it is anti-democracy and an affront to the citizens of Florida.

I think they are helpful for smaller campaigns to help with name ID.

It’s time to put people first. It’s time to save lives and fix what’s broken; to lead with empathy and build an economy that works for everyone. It’s time for bold, progressive change in Florida so all people can truly thrive and be free because people matter, not power.

I am a runner. I love doing marathons, triathlons, and really any endurance sport.

I did my undergraduate at the University of Mississippi, so I support those teams. And being from Nashville, I am a Titans and Preds fan.

previousVoting by mail popular in pandemic, but no 'panacea'