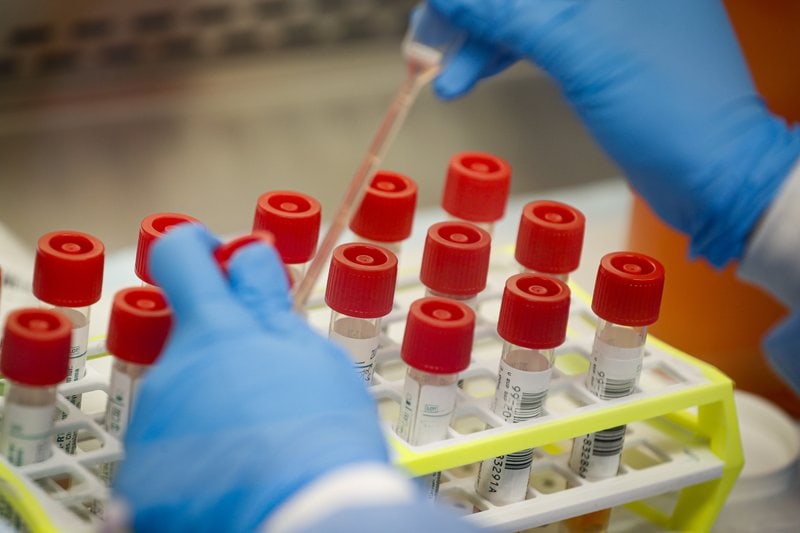 Rapid tests are being distributed, but its not an endless supply.

The Donald Trump administration’s plan to provide every nursing home with a fast COVID-19 testing machine comes with an asterisk: The government won’t supply enough test kits to check staff and residents beyond an initial couple of rounds.

A program that sounded like a game changer when it was announced last month at the White House is now prompting concerns that it could turn into another unfulfilled promise for nursing homes, whose residents and staff represent a tiny share of the U.S. population but account for as many as 4 in 10 coronavirus deaths, according to some estimates.

“I think the biggest fear is that the instruments may be delivered but it won’t do any good, if you don’t have the test kits,” said George Linial, president of LeadingAge of Texas, a branch of a national group representing nonprofit nursing homes and other providers of elder care.

The weekly cost of testing employees could range from more than $19,000 to nearly $38,000, according to estimates by the national organization. LeadingAge is urging the administration to set up a nationwide testing program to take over from the current patchwork of state and local arrangements.

The Trump administration responds that nursing homes could cover the cost of ongoing testing from a $5 billion pot provided by Congress, and allocated to the facilities by the White House.

Adm. Brett Giroir, the Health and Human Services department’s “testing czar,” recently told reporters that the government would only supply enough kits to test residents once and staff twice. But Giroir said officials have made arrangements with the manufacturers so nursing homes can order their own tests, for much less than they are currently spending.

Giroir acknowledged that the administration’s effort to provide at least one fast-testing machine to each of the nation’s 15,400 nursing homes is a work in progress, but said it’s a top priority nonetheless.

“This is not wrapped up with a bow on it,” Giroir told reporters on a recent call. “We (are) doing this as aggressively as possible.”

The program is on track to deliver 2,400 fast-test machines and hundreds of thousands of test kits by mid-August, Giroir said, with the devices and supplies first going to nursing homes in virus hot spots.

However, informational materials from the Centers for Medicare and Medicaid Services, or CMS, say getting a machine to every nursing home could take 14 weeks. That would mean deliveries may not be completed until early November. In Texas alone there are more than 1,200 nursing homes, Linial said, and only a few dozen have gotten them.

“Part of the problem is resources and a lack of clarity about who pays for this in the future.” said Tamara Konetzka, a research professor at the University of Chicago, who specializes in long-term care issues. “Doing one round of testing doesn’t really solve the problem in a pandemic that could last months or years.”

Back in the spring, the first White House plan to test all nursing home residents for the coronavirus fell flat. It amounted to a call for states to carry out the testing, and some ignored it.

The stakes are higher now because the virus has rebounded in many communities and threatens to spread uncontrolled. Nursing home residents are particularly vulnerable. They’re older and many have underlying medical problems associated with more severe cases of COVID-19, even death. They live in close quarters, ideal conditions for the virus to spread.

Experts say the coronavirus probably gets into nursing homes via staffers, who unwittingly bring it from the surrounding community. Regular testing is seen as essential to protect people living and working in facilities, and the CMS agency is working on regulations to require weekly testing of staff in areas where the prevalence of the virus is 5% or greater.

The devastating toll among nursing home residents has become a politically sensitive issue for President Trump, who is trying to hold onto support from older voters in November’s elections.

The machines the administration is sending to nursing homes perform antigen tests, which check for fragments of the virus protein in samples collected from a person’s nose. The tests take about 20 minutes to run, from start to finish.

The gold standard coronavirus test is different. Known as a PCR test, it identifies the genetic material of the virus.

Nursing homes have other concerns about the program, beyond costs.

For example, antigen tests can sometimes return a negative result when a person actually has the virus. A government guidance document for nursing homes says the tests “do not rule out” COVID-19.

Giroir said the antigen tests are being used for ongoing surveillance and monitoring, not to make a definitive diagnosis.

“We are not routinely repeating negative tests,” he said. “That kind of defeats the purpose.” The administration is working to clarify the guidance.

Nursing homes that have begun getting the machines may also be in the dark about how to operate them correctly.

“It’s not exactly as advertised,” said Steve Fleming, president of the Well-Spring Group, a retirement community in North Carolina that provides comprehensive retirement services. “It’s a complicated process to complete the test.”

The administration says the manufacturers of the machines are supposed to provide training and technical support.

nextSunburn — The morning read of what’s hot in Florida politics — 8.4.20