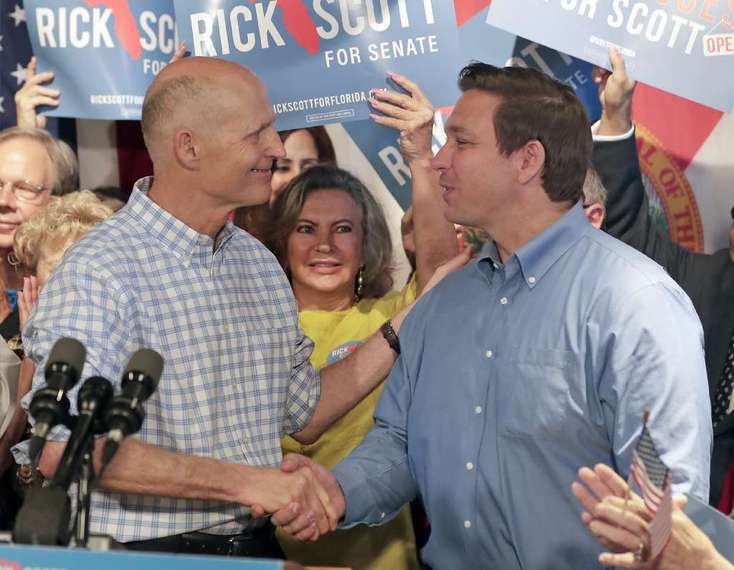 Speaking on CBS 4 in Miami, DeSantis said the failed CONNECT system was built with “roadblocks” meant to yield “the least number of claims being paid out” as possible.

It’s not the first time he’s claimed the system was built to fail. Earlier this year he compared the $70 million system to a “jalopy in the Daytona 500.” But this time, DeSantis said he’s willing to allocate eve more money to fix it.

OK, let’s get it done then. And why wait?

The current Governor should call a Special Session to address it, which would be better late than never considering his reluctance to call lawmakers back to Tallahassee.

Not only could a Special Session hash out ongoing problems with the state’s unemployment system, it could set the stage for a salacious side war, one that pits DeSantis against Scott, who has become his intraparty foe on a number of levels.

DeSantis’ reluctance to call a Special Session appears to have been steeped in politics. On the unemployment front, the last thing DeSantis needs is a situation in which he has to take a stand on fundamental policy issues. Backing better unemployment compensation would be political suicide within his own party, but not doing so would make him look cold in the throes of an economic crisis that has left millions out of work.

It would be no surprise if either Republican mounted a bid for president in 2024.

Addressing the issue in a special session would set the stage for a high profile battle to fix a problem of Scott’s making. It would put Scott’s blunders on full display and make for talking points that could spill well into the 2024 cycle.

DeSantis could be the hero who fixed what Scott broke. While DeSantis hasn’t directly said Scott did it on purpose, it’s pretty clear that’s what he means and voters would likely see that.

“I think the goal was for whoever designed, it was, ‘Let’s put as many kind of pointless roadblocks along the way, so people just say, oh, the hell with it, I’m not going to do that’,” DeSantis told CBS 4.

In a purple state, DeSantis has an opportunity to claim some moderate bonafides by working across the aisle.

“We requested a special session months ago and were denied along a party line vote — today, we’re in mid-August, the unemployment system is still broken with thousands of Floridians missing payments and the federal $600 FPUC payments have already expired,” said Anna Eskamani, who is not ruling out running against DeSantis in 2022.

“Now that the Governor has finally admitted the unemployment system was built to deny people their benefits, it’s more important than ever to return to Tallahassee and get this system fixed for Florida’s working families.”

So again, if DeSantis wants to fix the problem he repeatedly points out he inherited, why not now?

Be the hero. Check.

Put Scott on notice ahead of the political run of his lifetime. Double check.

I fail to see the downside here.

previousHalf a million COVID-19 diagnoses made in Florida