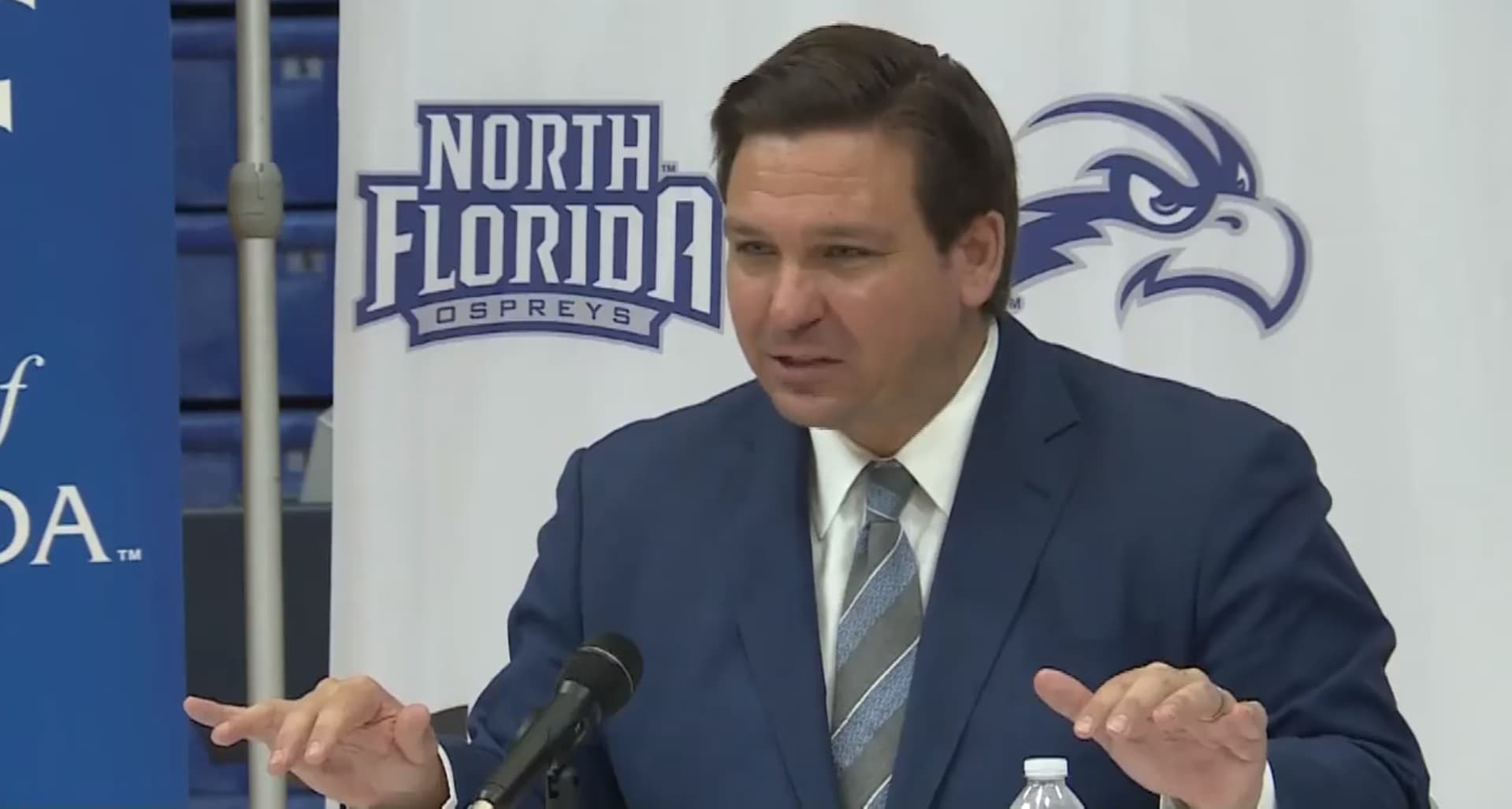 Florida State and Florida alumni and football fans had their heart broken last week when the SEC effectively canceled the annual rivalry game between the two schools.

But the show must go on, says Gov. Ron DeSantis.

“As the Governor, I would like to see a way for that game to happen,” he said Thursday. “I think this is a very fluid situation, but it’s an epic rivalry.”

He made his effort known during a discussion on high school sports that included former star athletes from each school: Charlie Ward, who won a Heisman Trophy as Florida State’s quarterback and later played in the NBA, and Lito Sheppard, a cornerback at UF who was twice selected to the Pro Bowl while later playing with the Philadelphia Eagles.

The Florida State University Seminoles and the University of Florida Gators were scheduled to face off Nov. 28. But the Southeastern Conference scrapped non-conference games this season amid the COVID-19 pandemic.

As currently scheduled, it would be the first time since the annual series began in 1958 the teams won’t play each other. But if the Governor has his way, his office may be presenting a solution in the next two weeks.

In recent press conferences about children and mental health, the Governor has touted the importance of sports to help maintain relationships and keep children growing. He stressed that again during his roundtable at the University of North Florida but also highlighted the benefit televised sports could have on the community.

“In a difficult time where we’ve got all these people sniping each other all the time it seems, sports is one of the great unifiers,” DeSantis said. “Florida, Florida State, it’s not necessarily unifying in our state, but you know what I mean. It’s something that I think a lot of Floridians and Americans really appreciate.”

Getting children back in schools and back on the field is important for the state’s boys and girls, he added.

“Obviously this is just something you deal with, but I think this kind of hiding in a corner and pretending that if we just hide long enough it’s just going to go away, that’s not viable,” he said.

That sentiment carried over to college athletes returning to the game.

The Governor, a Yale and Harvard Law School graduate, said he has no dog in the fight. Nevertheless, he wants to see the game happen and offered a few predictions for the upcoming season.

“I think that the Gators’ prospects look good,” he said. “I think they played LSU better than any team did.”

As for FSU: “I think we’ve got a new coach at Florida State. I think there’s some renewed optimism with the program there, so I just think it would be something good for the state if we could get it done.”

Florida, which plays in the Southeastern Conference, and Florida State, which plays in the Atlantic Coast Conference, have played each other every year since 1958. This year because of the coronavirus pandemic, the ACC initially looked at a conference only schedule, then approved allowing one non-conference game under certain conditions. That left open the possibility of a matchup between the rivals, but the SEC later told schools they had to stick to a conference only schedule.