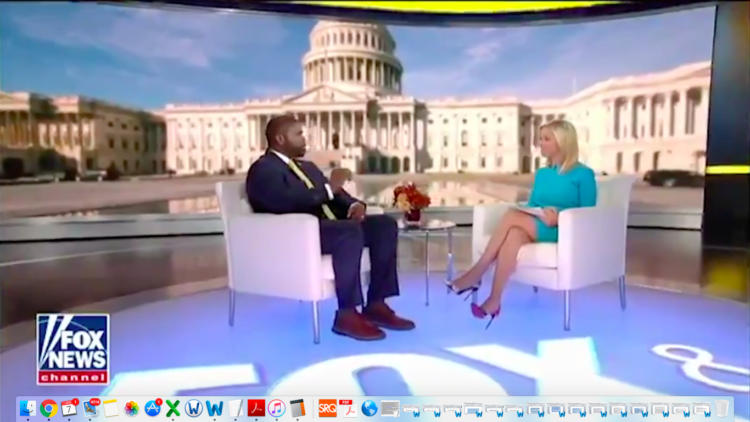 The endorsement boosts Donalds as a conservative candidate not afraid to stand up to leadership.

The House Freedom Caucus wants Byron Donalds in the ranks.

The House Freedom Fund, the political arm for the conservative coalition of lawmakers, endorsed the Naples Republican in Florida’s 19th Congressional District.

“The House Freedom Fund helps grassroots candidates get the financial support they need to compete with establishment candidates,” said Rep. Jim Jordan, an Ohio Republican and a caucus co-founder.

The group stressed Donalds’ story as a Brooklynite raised by a single mom who became successful in the finance sector. The group also cited his voting record over two terms in the Florida House.

“During his time in the state legislature, he has built an impressive record of fighting for conservative principles — a record that will be continued in Washington if he is elected this year,” a release reads.

The support from Freedom Caucus leaders could boost Donalds’ reputation both as a strong conservative and a Republican willing to buck leadership on issues when it’s important to the GOP base.

“I am honored to be the endorsed candidate of the House Freedom Fund,” Donalds said. “They recognize that I am the proven conservative candidate who will support the President and stand up for our 2nd Amendment rights.”

The race in CD 19 includes nine Republicans vying for the nomination, with Donalds among those polling as a top-tier candidate. The most recent St. Pete Polls survey, commissioned by Florida Politics, put him in first place, though closely bunched with William Figlesthaler and Dane Eagle.

The Freedom Caucus is beloved among some sects of the GOP but has often found itself at odds with House Republican leadership as a whole.

If elected, Donalds would be the latest Florida politician associated with the caucus. While Rep. Matt Gaetz said he is not a member, he has been closely aligned with leadership including Jordan, and Rep. Ted Yoho has often been listed as a member.

Notably, Gov. Ron DeSantis was part of the caucus when he served in the House.