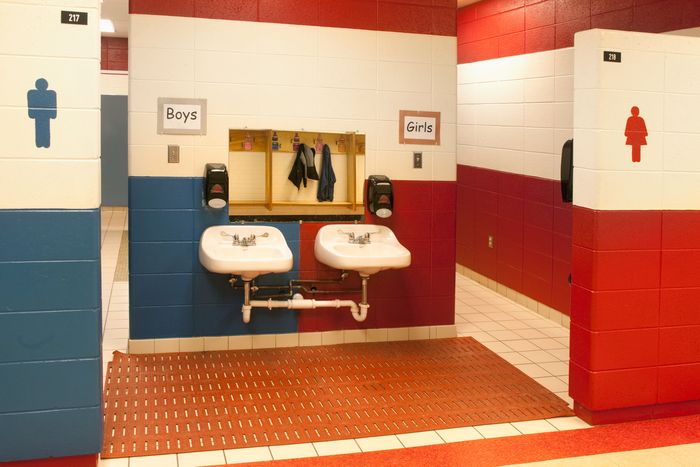 "Mr. Adams’s presence in the boys’ bathroom does not jeopardize the privacy of his peers in any concrete sense."

Weighing privacy issues, a federal appeals court has sided with a transgender student who argued his constitutional rights were violated when the St. Johns County school district prevented him from using boys’ restrooms at his high school.

The 2-1 decision Friday by a panel of the 11th U.S. Circuit Court of Appeals upheld a lower-court ruling that the district violated the equal-protection rights of recent Nease High School graduate Drew Adams and ran afoul of a federal anti-discrimination law known as Title IX.

Judge Beverly Martin, in a 45-page majority opinion joined by Judge Jill Pryor, wrote that the record in the case “reveals no substantial relationship between privacy in St. Johns County School District restrooms and excluding Mr. Adams from the boys’ restroom” and, as a result, violates the Equal Protection Clause of the U.S. Constitution.

“Mr. Adams, for his part, does not question the ubiquitous societal practice of separate bathrooms for men and women,” Martin wrote. ”Instead, Mr. Adams argues the School Board’s bathroom policy singles him out for differential treatment on the basis of his gender nonconformity and without furthering student privacy whatsoever. The record before us has persuaded us to his view. The School Board has demonstrated no substantial relationship between excluding Mr. Adams from the communal boys’ restrooms and protecting student privacy.”

But Chief Judge William Pryor, in a 28-page dissent, wrote that the majority opinion “purports to allow only plaintiff Drew Adams, a female who identifies as a male, to use the boys’ bathroom, but the logic of this decision would require all schoolchildren to use sex-neutral bathrooms.”

“Not long ago, a suit challenging the lawfulness of separating bathrooms on the basis of sex would have been unthinkable,” the chief judge wrote. “This practice has long been the common-sense example of an acceptable classification on the basis of sex. And for good reason: it protects well-established privacy interests in using the bathroom away from the opposite sex.”

Adams was a female biologically at birth but came to realize he was transgender in eighth grade, according to the majority opinion. He was diagnosed with gender dysphoria, a condition that causes anxiety as people identify with a gender that is different from their physical gender.

Adams began transitioning to living as a boy, including obtaining a prescription for testosterone to make his body masculine and eventually undergoing a procedure to remove breast tissue, the majority opinion said. He also amended legal documents to reflect a male sex designation.

For the first six weeks of ninth grade at Nease High School, Adams used the boys’ restrooms. But school administrators, pointing to complaints from two girl students who saw Adams go into a boys’ restroom, told him he needed to use a gender-neutral bathroom in the school office or girls’ facilities, the majority opinion said.

Adams and his mother, Erica Adams Kasper, sued the school district in 2017, with U.S. District Judge Timothy Corrigan later ruling in their favor on the equal-protection and Title IX arguments. The school district then took the case to the Atlanta-based appeals court.

Friday’ s majority opinion said, in part, the school district policy is administered “arbitrarily” and that the district’s concerns about Adams’ use of boys’ restrooms were hypothetical.

“After extensive evidence was presented at trial, the District Court found that Mr. Adams’s presence in the boys’ bathroom does not jeopardize the privacy of his peers in any concrete sense,” Martin wrote. “When Mr. Adams uses the restroom, he ‘enters a stall, closes the door, relieves himself, comes out of the stall, washes his hands, and leaves.’ The School Board received no reports of privacy breaches during the six weeks Mr. Adams actually used the boys’ restroom at Nease. Indeed, the School Board could not produce any ‘complaints of untoward behavior involving a transgender student’ in the restroom. Nor could the School Board point to any incidents across the country in which allowing transgender students to use the restroom according to their gender identity compromised other students’ privacy.”

But William Pryor, in his dissent, wrote that the bottom line is that “there is nothing unlawful, under either the Constitution or federal law, about a policy that separates bathrooms for schoolchildren on the basis of sex.”

“When shorn of the majority’s misunderstandings of the school policy and the legal standards that govern sex-based classifications, this appeal is straightforward,” he wrote. “The school policy protects long-standing privacy interests inherent in using the bathroom, and it does so in an ancient and unremarkable way — by separating bathrooms on the basis of sex. That policy is not unconstitutional.”