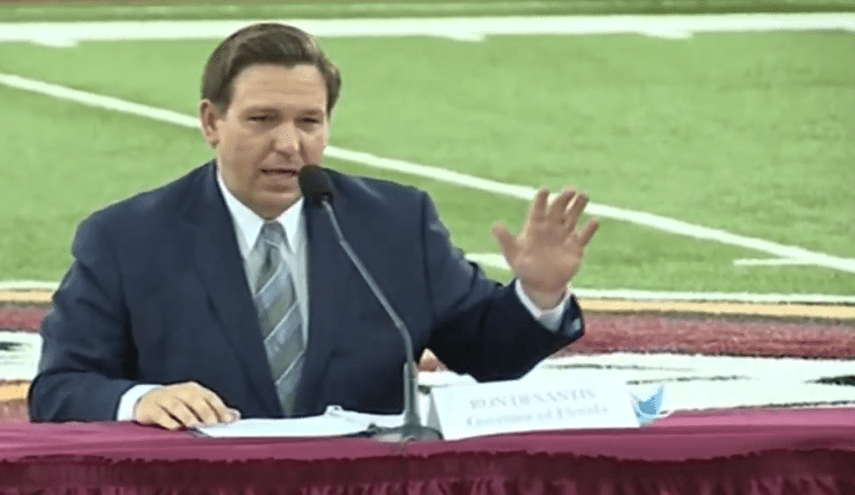 It's a 'tough budget year,' but money from the Labor Department would help.

Enhanced unemployment benefits may be possible, Florida’s Governor said Tuesday, if the federal government will float a loan.

However, the money, amounting to $100 of a $400 weekly stipend, would have to be fronted from the federal Department of Labor, DeSantis said.

“We’re investigating it and we would do it if we can,” DeSantis said, describing a potential “loan from the Department of Labor to our unemployment system and then pay out additional benefits as a result of that.”

“One concern I have: obviously this is a tough budget time for us, and so if I’m having to potentially have general revenue obligated to this, that is something that would be very problematic given our circumstances,” the Governor noted, before expressing concerns about the legal mechanism itself and the authority ofTrump to authorize expenditures through executive order.

“This Labor thing may give us a way,” DeSantis said, “but there’s only so much you can do through executive action.”

“We’re now in the point when Presidents just do that,” the Governor added about those orders. “I want to make sure there’s no legal risk for us if someone should challenge this where we’d be left on the hook.”

Indeed, there is a certain amount of risk, with congressional Democrats questioning Trump’s authority to make such an obligation. DeSantis has resisted calls to increase unemployment benefits by executive order on his end, saying he lacks the authority to do so.

“My guys are looking at that. I think if we can do the Department of Labor enhanced benefit, that loan, we’d want to do it to give people some more relief,” DeSantis said.

The loan is the only way forward, DeSantis noted, given the encumbrance of federal CARES Act dollars precludes reallocation.

“That’s not an option because those CARES Act dollars are obligated already. Now they haven’t been ‘spent,'” DeSantis added. “It’s $4+ billion that’s been obligated.”

nextFlorida to be part of COVID-19 vaccine pilot