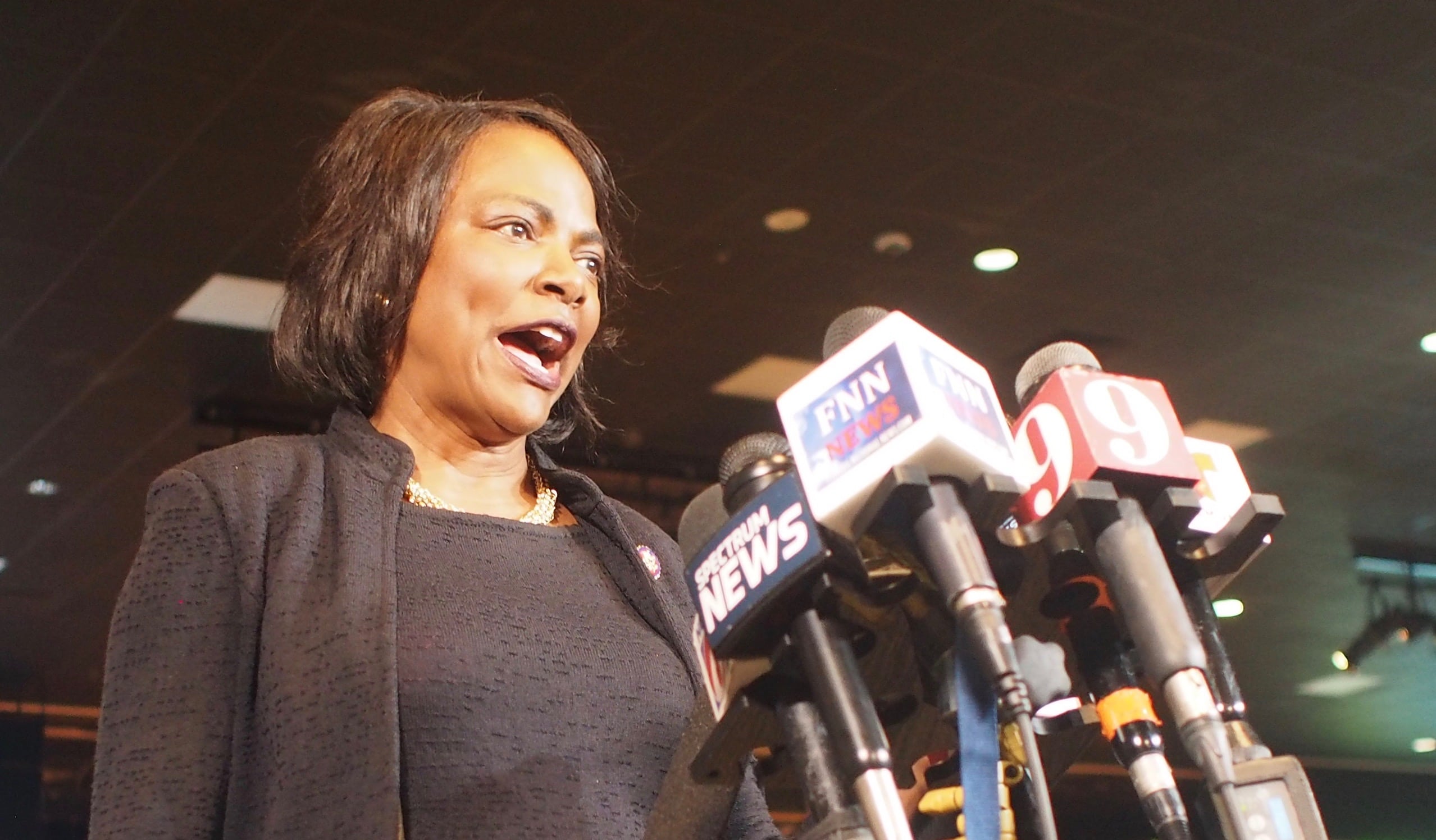 Lined up dominoes did not fall.

Democratic presidential nominee-to-be Joe Biden’s selection of Kamala Harris as his running mate has sorted out several Orange County election candidates who had been standing in a potential line of dominoes.

First, Florida’s 10th Congressional District Rep. Val Demings won’t be running for Vice President. So the Orange County Democratic Party won’t have to make an emergency selection to run for her congressional seat after next Tuesday’s primary.

Behind the scenes there’d been quiet politicking going on this summer, with a wide array of potential candidates being pushed or at least suggested by surrogates inside the party.

If Bracy had gotten the nod, the Orange County Democratic Party would have had to make an emergency pick for his seat — Thompson would have been a natural assumption — in Senate District 11.

If Thompson had been elevated either to run for Congress or the state Senate, things could have gotten complicated to replace her on the House District 44 ballot. If the dominoes were to fall before Tuesday’s primary, Thompson’s HD 44 Democratic primary challenger Andy Farrell would have won the primary by default. But if the official notices that candidates were withdrawing were delayed so that the party didn’t receive formal word until after Tuesday, party officials could have put someone else in as a replacement nominee for the November general election.

On the Republican side, the winner of the CD 10 Republican primary, Vennia Francois or Willie Montague, now will have to face Demings in November after all.

Francois and Montague both have been running aggressive campaigns, but defeating two-term congresswoman Demings, someone whose name recognition is off the charts in Central Florida, would be a major upset in CD 10, which covers western Orange County. Any Democrat would be tough in a district where Democrats have a 20-point advantage in voter registration.

In SD 11, Republican Joshua Adams has been running a brave campaign, but Bracy is an iconic individual there. And the district is even more pro-Democrat than CD 10, giving Democrats a 26-point advantage in voter registration. Thompson has represented that district before. And she’s lost there before, but the loss was in a primary.

If anyone is disappointed that dominoes didn’t fall, it might be the winner of the Republican primary in HD 44, where businessman Bruno Portigliatti is looking  favored to win over lawyer Frank Blanco.

This southwestern Orange County district is purple, with Republicans holding a 1-point advantage in voter registration. But in 2018 Thompson defeated an incumbent, Republican Rep. Bobby Olszewski. An unknown Democrat, or one making a late entry, would have likely tipped the advantage clearly to the Republican.

previousFacts are not attacks: With one week left, let’s set the record about HD 81 straight — Michael Weinstein, here’s your chance to do so