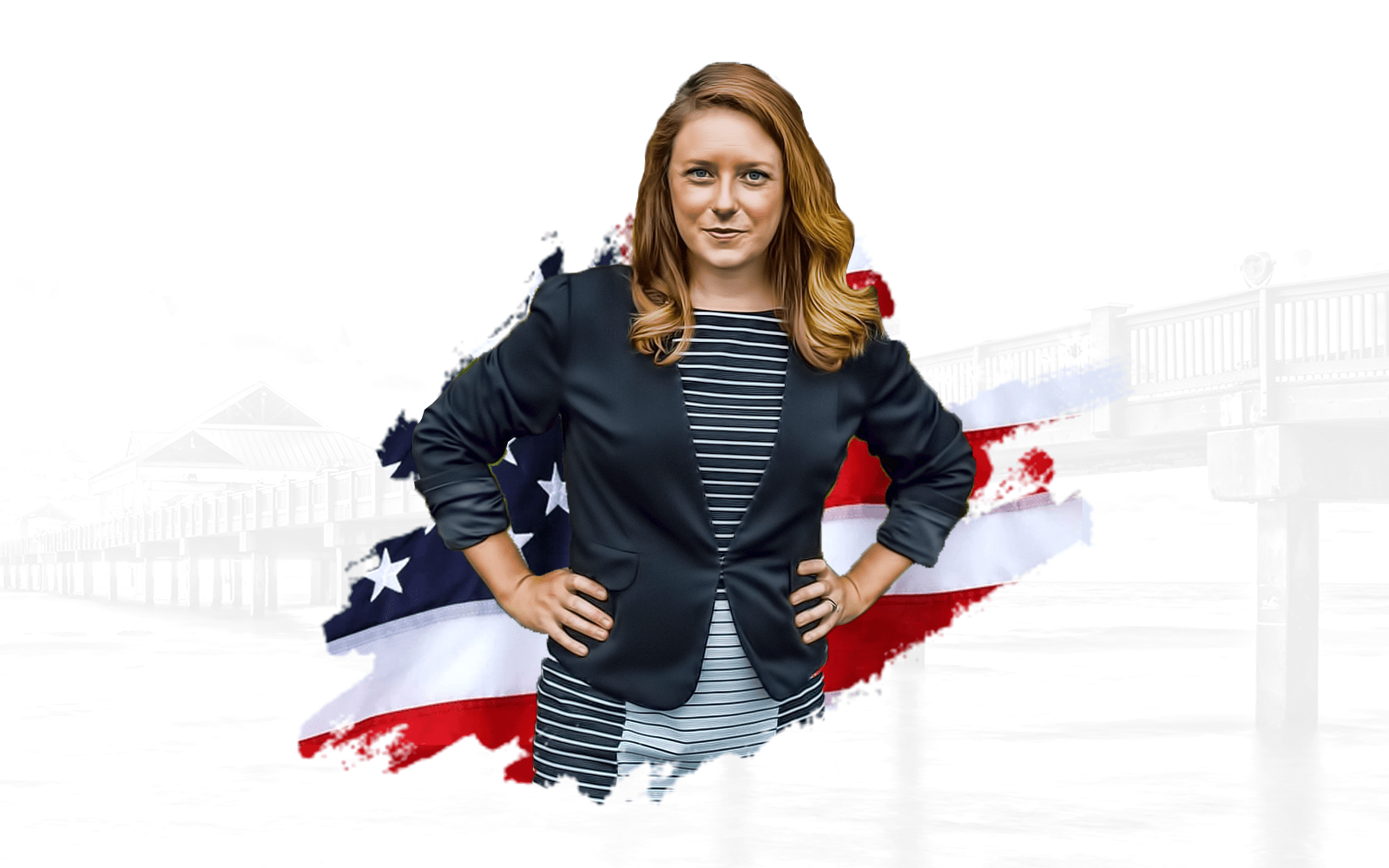 Democrat Amanda Linton is dropping out of the Senate District 21 race, she announced Wednesday. She cited economic consequences of COVID-19, which are forcing her family to relocate out of state.

“It is with sadness and regret that I must announce my withdrawal from the race,” she wrote in an open letter.

“My head and my heart have been consumed with this race since I filed as a candidate last year because I knew that our movement wouId be an uphill climb. I was ready for that challenge; what I was not ready for was the effect this pandemic would have on my family.”

Linton was the first candidate to file to succeed Senate President Bill Galvano, a Bradenton Republican, in the district. The district leans heavily Republican.

But as a teacher and mother, she felt the impacts of the pandemic immediately, forced both to help her own children with distance-learning from home and teaching students remotely. But her husband’s career path also was altered by the public health crisis.

“From my kitchen table, I taught kindergarten, 1st, 3rd, 9th and 10th grades,” she wrote. “At a time when my professional career was changing by the hour, my husband was faced with no other choice but to close our small business. For the past several years, he has built a commercial restaurant maintenance company; the statewide shutdowns brought his workload to a screeching halt.”

Gov. Ron DeSantis in March ordered all restaurants to end dine-in service. The state allowed more dine-in capacity as it reopened, but still has limited capacity at 50%.

With a business dependent on restaurants shuttered, Linton said her husband took a job out of state. The family will now move to the Memphis, Tennessee area.

“We spent the majority of the summer separated and it is time for our family to reunite,” she wrote.

Linton, who has previously said she started considering running for office immediately after President Donald Trump’s election in 2016, said she cannot in good conscience continue her campaign.

Linton was the only Democrat to qualify. Republicans Jim Boyd and John ‘Mr. Manners’ Houman are running for the Republican nomination in a closed primary.

Boyd, the frontrunner in the race, wished Linton and her family well.

“I learned just a short while ago that Amanda has withdrawn from the race,” Boyd said. “While I looked forward to the debate of issues on the campaign trail, my thoughts are with her and her family during this transition. I wish them the very best.”

Manatee County Supervisor of Elections Mike Bennett, who previously served the area in the Senate before Galvano, said Democratic party leaders have the option of selecting a replacement. Because Linton was the only Democrat to qualify, party officials in Manatee and Hillsborough County hold the power to make such a decision.

The process will be similar to the one used when a candidate dies unexpectedly, as occurred in this area just two years ago when April Freeman, a candidate in Florida’s 17th Congressional District, died after winning the Democratic nomination. Democratic Party officials in all affected counties selected Allen Ellison as a replacement candidate.

Tracy Pratt, chair of the Manatee Democratic Party, declined to comment on the process at this time. The bulk of the Senate district. Pratt notably ran for state House in District 71 in 2018. Another possible candidate in the mix would be Liv Coleman, who has been increasingly active in party politics since her state House run two years ago in District 73.