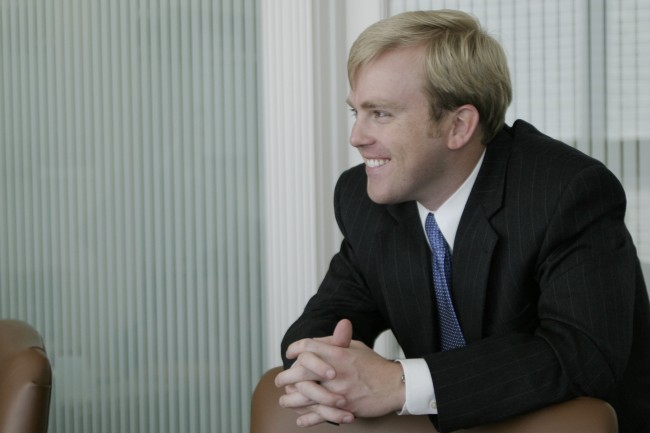 In his new role, Grant will oversee the Florida Digital Service.

Rep. James Grant, who has served in Florida House District 64 since 2010, is resigning his seat, setting up a potentially competitive fight in the November general election as Democrats eye a golden opportunity to wrest a seat from GOP control.

Grant is resigning from the Legislature to take over as the state’s Chief Information Officer.

In his new role, Grant will oversee Florida Digital Service, which aims to transform delivery of government services to Floridians through design and technology.

“I’m honored to lead the charge for digital innovation in Florida and excited to leverage technology to problem solve and rapidly respond to individuals, families, and businesses seeking to engage with state government,” Grant said. “Through new technology, top talent, and private and public sector collaboration, we will fundamentally change the way we serve and communicate with the people of Florida.”

Grant was one of the chief architects of FDS. In the 2020 Session, he sponsored the bill creating the service as a replacement for the Division of State Technology. It is charged with maintaining state data, setting up testing environments to demo state software before it’s rolled out, and facilitating data sharing between government agencies.

“Governor DeSantis and I are dedicated to transforming the way government deploys technology to better serve Floridians, who deserve superior customer service and expect government to operate effectively,” DMS Secretary Jonathan Satter said. “I’m confident that Rep. Grant’s pioneering mindset and policy acumen will help us recruit the brightest tech talent to serve in government and accelerate digital transformation in our state.”

Grant is among the more tech savvy lawmakers in the House, often sponsoring legislation to modernize state government operations. His business background includes work as a senior solutions architect as well as technology strategist in medtech, blockchain, and software as a service.

His departure, however, leaves questions about who will represent the district. With Grant facing reelection on the Nov. 3 ballot, his departure leaves Democrat Jessica Harrington unopposed, for now.

The GOP has nearly three months to bring in a new candidate to take Harrington on in the general election, but the party will need to act fast to get the replacement nominee’s name on the ballot.

The state law allows the boards for the county Republican clubs affected to select a replacement nominee.

Since Grant doesn’t have a primary, he already is the GOP nominee in the district. HD 64 covers a portion of Hillsborough and Pinellas counties, so each county’s Republican Party would have a say on his replacement. The rules weight the county parties’ votes proportionally, so Hillsborough — home to about two-thirds of the district’s precincts — would have more sway.

The nominee replacement rules were most recently exercised two years ago when former Sen. Dorothy Hukill died during her reelection campaign for Senate District 14. Since the vacancy was much closer to Election Day, now-Sen. Tom Wright was not listed on the ballot. Instead, elections officials informed voters he was the nominee by including a letter with vote-by-mail ballots and posting notices at polling locations in the district explaining votes for Hukill would count for Wright.

The first time the replacement law was ever used was in 2006 when Jeff Kottkamp was tapped as Charlie Crist‘s running mate, allowing Gary Aubuchon to win a House seat without ever facing an election.

If Grant weren’t facing reelection this year, his departure would prompt a special election, but that won’t be the case since the race is already on the ballot.

Grant’s resignation is potentially good news for Harrington, who has been campaigning for the seat for months, time spent building name recognition among HD 64 voters.

But, her campaigning thus far has been a referendum on Grant, with most of her campaign activity directly challenging Grant’s voting record.

With a new candidate likely coming into the race in the coming days, she’ll have to restructure her message.

“District 64 voters are ready to send a teacher to Tallahassee and that’s what we’re going to do,” Harrington told the Times on Wednesday. “We’re not scared of any person they can put in that seat. They can bring it on.”

Grant has served in the Florida Legislature since 2010 — more than the typical eight years afforded lawmakers before term limits kick in — due to a challenge to his 2014 reelection victory over an issue with a write-in candidate.

The challenge left the HD 64 seat empty for most of 2015. When Grant was eventually reelected in a special election, the clock reset on his term limits. Because of the mix-up, Grant could have served as much as 14 years in the House.

Grant had become a powerhouse in Tallahassee, driving major legislation often with a conservative agenda.

Most recently he ran HB 1 in the 2020 Legislative Session. The bill, which was approved in the House but died in the more moderate Senate, would have required public employees who want to join a union to sign a membership authorization form and for employers to verify the employee’s intent before any union dues can be collected for membership purposes.

Critics decried the measure as a union-busting bill, but its strong support in committees showed Grant’s strength in lobbying his own policy.

Grant also ran another controversial bill that would have made it more difficult for groups to get constitutional amendments on the ballot.

The bill would have raised the threshold for voter petitions to trigger language review, added transparency measures requiring disclosure of out-of-state participation and shortened the amount of time groups have to gather petitions. It would have also required groups pushing for a ballot initiative to pay for the signature verification process with local supervisors of elections offices.

That bill never cleared the House, but it again showed Grant’s penchant for passionately fighting for issues he finds important, at times taking down critics in brutal fashion.

Now he’ll take that fight, which often focused on what he described as government overreach and lagging transparency, to a newly created agency aimed at reducing the former and improving the latter.

nextAlex Penelas adds another endorsement as he heads to the polls