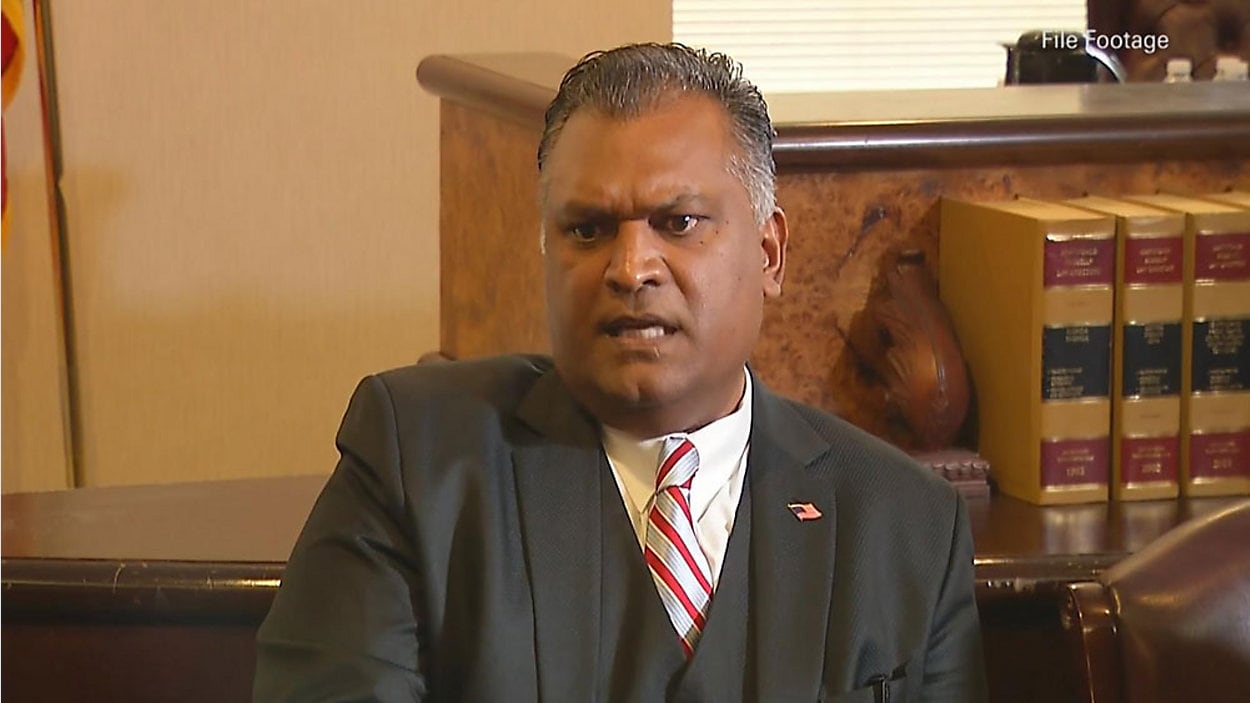 One 30-second commercial from the Florida Public Corruption Task Force PAC, playing on Orlando-market television, opens appearing as if it is an attack ad against President Donald Trump. It displays a silhouette profile that looks like Trump while a narrator describes allegations involving sexual harassment, a phony charity, orders for subordinates to falsify or destroy documents, and lavish trips taken at taxpayers’ expense.

And then the commercial takes a twist and declares the allegations are about Singh, whose picture replaces the profile.

Yabor said Thursday that the ad is being run as part of a $350,000 media buy. Campaign finance disclosures show that $206,000 has been spent on mailers. TV buys have not yet been posted in the state disclosures. However, three Orlando TV stations have posted contracts with the Federal Communications Commission for a total of 85 commercial spots from the PAC, worth $107,000.

Singh said that is not all. He said the spending has far exceeded $350,000 because there has been extensive internet and cable television advertising as well by what he called a “dark-money shadowy PAC” that needs to come into the light and disclose who is behind it.

Yabor declined to disclose the source of the money.

For now, that’s where Florida Public Corruption Task Force’s election money is going, though Yabor did not rule out the possibility of the PAC weighing in for other elections.

He said he and Carrillo have done numerous political investigations including looks at the activities of former U.S. Reps. David Rivera and Joe Garcia, and State Attorney Katherine Fernandez Rundle. The latter is seeking reelection this year, with a primary challenge next week from Melba Pearson in Florida’s 11th Judicial District.

Singh is a Democrat seeking a third term. In next Tuesday’s Democratic primary, he’s facing former Rep. Amy Mercado and businessman Khalid Muneer, both running on anti-corruption platforms, but neither with much campaign money.

There also are two write-in candidates, so the winner of Tuesday’s primary will have to wait until the November general election before claiming victory.

Singh has been the target of claims, in whistleblower reports and an investigation by the Florida Department of Law Enforcement, of sexual harassment, creating a phony charity, ordering the falsification and destruction of documents, and taking lavish trips at taxpayers’ expenses.

He denies all the claims. And he points out he also been cleared of such charges by one investigation his office commissioned as “frivolous or fictitious” and that the State Attorney for Florida’s 7th Congressional District declined to pursue any prosecutions. The office cited lack of sufficient evidence in the FDLE investigation.

“These entities need to disclose who is funding them. They shouldn’t be attacking me with lies and disinformation from the shadow. They should come out and deliver the message and say where the message and let the voters decide,” Singh said. “Attacking me from the shadows is very undemocratic and it goes against the spirit of free and fair elections.”

Yabor, a Miami lawyer, said he and Carrillo, a Miami private investigator, conducted their own investigation into Singh, starting from a tip they received late last fall. He said that based on what they found, they decided to launch television commercials in the primary election.

He declined to disclose who is paying for the investigation or the advertising campaign.

Florida Public Corruption Task Force was founded in July and received $55,000 in in-kind support on July 14 and then $215,000 in cash later that month from South Florida Anti-Corruption Task Force., which is Yabor’s not-for-profit corporation set up to fund investigations.

Such attacks are not new for Singh. He faced similar charges and attacks when he ran for reelection in 2016, also run through organizations with unclear sources of money, Leadership For Florida, and For a Better Orange County. After Singh was reelected he filed a lawsuit against the two PACs, seeking to find out who was behind them and where their money came from.

Singh openly surmised that the money behind the attacks has come from big property owners in Orange County, particularly in the tourism industry. He said they are unhappy with his appraisals, which have increased the taxable liabilities by $400 million a year for such places as Walt Disney World and Universal Orlando. Singh has touted such appraisals as wins for Orange County taxpayers, saying he was fixing what had been unfairly lax taxation of the county’s big business interests, and returning revenue to schools and other services.

“These are the same people that appeared in the 2016 race to dissuade voters from voting for me because I’m holding certain entities accountable. They want to punish me for doing my job,” Singh said.

Yabor said that if that is what Singh believes about his organization’s source of money, he is wrong.

That 2017 suit was settled out of court. One of the lawyers Singh hired to pursue that suit, Frank Kruppenbacher, said all details of the settlement are confidential.

previousSunburn — The morning read of what’s hot in Florida politics — 8.14.20