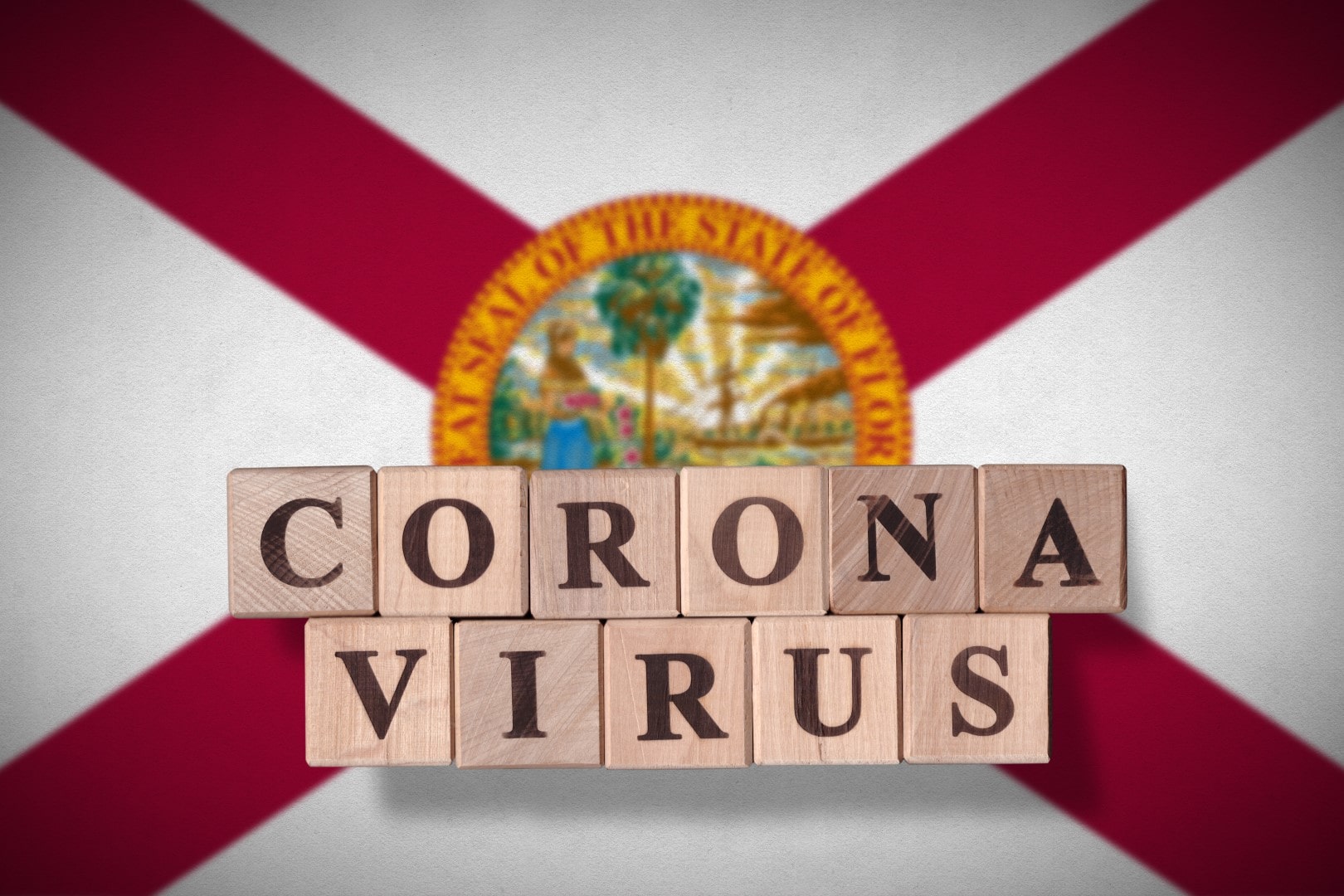 A data dump revealed Wednesday "skewed" some of Tuesday's data.

The percent positivity rate was less than 10% Wednesday, and cases released since Wednesday’s report also returned to the recent normal. The day’s death toll was also down, according to Thursday’s report.

Another 149 people died, including one non-Floridian, raising the state’s death toll to 8,913 among residents plus 134 non-residents. Overall, 557,137 people, including 5,905 non-residents, have tested positive in the state.

But according to Gov. Ron DeSantis, the spike in confirmed cases Wednesday came from a data dump covering Miami Dade, Broward and Palm Beach counties. One lab released 46 days worth of results, his spokesman said said, bringing more than 3,000 positive cases.

“This one in Miami is kind of a new one. They have their own tests, and they’re kind of getting in the game, trying to go into businesses, test employees, all this other stuff,” DeSantis said. “It’s their responsibility when those results are received to place it into the state’s system.”

The Governor said he asked DOH to make consequences for labs that end up skewing data.

According to the department, the backlog encompassed a seven week period that began just ahead of peak of outbreaks in Florida. On July 12, state health officials reported a record 15,300 new COVID-19 cases.

In Thursday’s report, but not in Wednesday’s, resident positives and the positivity rate from Tuesday were marked with an asterisk noting a “one-time historical data submission.” Tuesday’s positivity rate should have been 9.4% instead of 11.9%, it added.

DeSantis on both Wednesday and Thursday said he asked DOH to find ways to give real-time data because of the policy implications backlogs can have. He also continued highlighting emergency department visits has a leading indicator and preferred metric for tracking the virus’ spread. Those trends have suggested the pandemic has been declining since early July.

“If you’re making decisions at a local level about some of this stuff, just be careful,” DeSantis said. “You’ve got to remain a little bit flexible. To tie it to some of the data and have, say, kids’ future about whether a parent can send a child to school be tied to some private lab that dumps tests seven weeks late, that may not be the best way forward.”

Wednesday also brought 78,247 total results, below the recent average. More than 4.1 million people have been tested for COVID-19 in Florida.

While another 590 Floridians were confirmed in hospitals with COVID-19, the Agency for Health Care Administration shows people leaving hospitals faster than they are entering. According to AHCA, 6,325 people were hospitalized with a primary diagnosis of COVID-19 Tuesday, down 223 from 24 hours earlier.

Floridians are also now watching cases among children as schools districts statewide prepare to reopen this month — some students to brick and mortar schools and others opting to continue e-learning. With some of the first districts open this week, DeSantis attempted to rally teachers Wednesday with a SEAL Team Six comparison and assuage concerns that reopening could lead to outbreaks.

One elementary school in Martin County was forced to keep one class at home after a classmate began exhibiting symptoms of COVID-19.