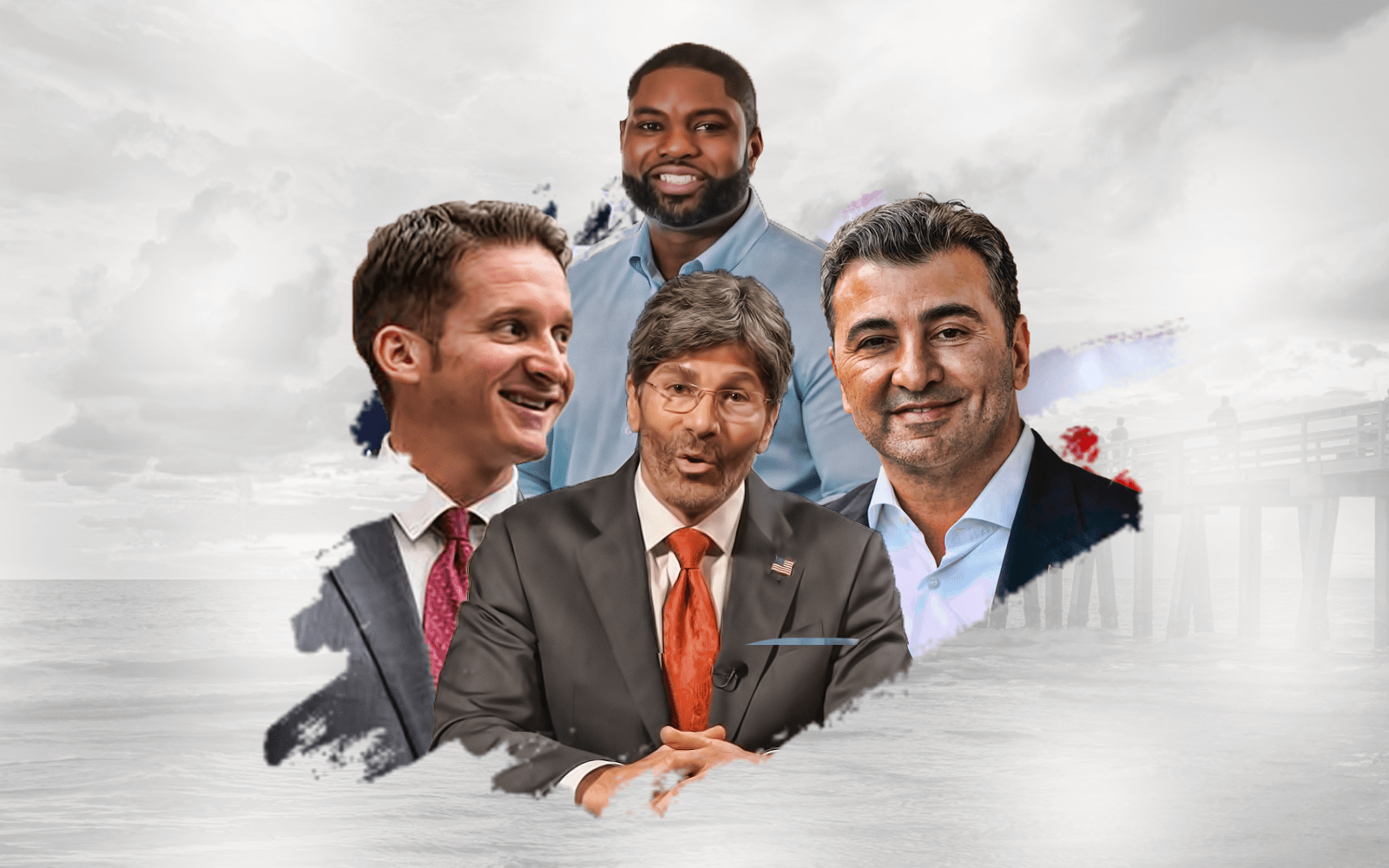 It's been one of the nastiest primaries in Florida this year.

“It was a tough and everyone fought incredibly hard, but with a mixture of hard work by ourselves and by our teams on the ground, enough voters saw my record and made a decision I would do a great job representing them in Congress,” Donalds told Florida Politics.

With all precincts reporting, Donalds was up with 22.6% of the vote to Eagle’s 21.85%; the two were separated by 774 votes out of 103,915 castin the primary. Fast food mogul Casey Askar trailed with 19.99% and Dr. William Figlesthaler took 18.35%. Those four topped a nine-Republican field of candidates.

Donalds will face off against Florida Gulf Coast University professor Cindy Banyai, who defeated financial adviser and 2018 Democratic nominee David Holden in the Democratic primary by a margin of 57.55% to 42.45%. That was despite being heavily outspent in the race.

“I’m proud to be the Democratic Nominee for US House of Representatives FL-19!,” Banyai tweeted. “Now is the time for us to come together and work to flip this seat. I know we can do it together.”

But in the heavily Republican district, Donalds heads to the general election as a heavy favorite.

“Amongst the voters we are all going to coalesce together,” Donalds said. “Now the job moves to helping reelect President Trump.”

The Republican primary results close out a nail-biter GOP primary notable for becoming bitterly negative and prohibitively expensive, one that almost seemed destined for a recount.

As late as Tuesday, there seemed funny business including a mass text blast wrongly telling voters Donalds dropped out of the race.  But Club For Growth Action, who endorsed Donalds and spent tremendously on his behalf, helped counter the impact of the trick by sending 80,000 texts in the district setting the record straight.

Donalds became the favorite of Washington-based political groups like Club for Growth, Americans for Prosperity and the NRA. Rumors swirled through the district that the Donald Trump team quietly hoped for Donalds to win the nomination, the idea being that a young, black conservative would be able to help the President with minority outreach ahead of November. But opponents also painted Donalds as a creature of ambition, skipping votes during Session to attend fundraisers.

Eagle, as Florida House Republican Leader, jumped into the race with support from around the state and in Tallahassee. A former deputy chief of staff under then-Republican Gov. Charlie Crist, Eagle will complete a fourth term in the Florida Legislature this year. During the campaign, he and wife, Brooke, welcomed their first child. At the same time, Eagle leaned on insider connections. Opponents painted him as an establishment politician from the swamp. He took negative hits, too, with six-year-old footage of a Tallahassee DUI arrest becoming a familiar site on the campaign trail. The NRA also put him on blast for his role in whipping votes in 2018 for the Parkland bill, which the pro-gun lobby staunchly opposed due, in part, to it raising the age on purchasing guns from 18 to 21. Donalds voted against the bill.

Figlesthaler established himself early as an eccentric clearing an unconventional campaign path, marketing his campaign in stadium urinals or alternately broadcasting ads in a lab coat or a leather motorcycle jacket. The urologist also reached deep in his pocket to fund the race. His own personal life came under scrutiny as opponents painted his campaign as a midlife crisis, and also questioned a business relationship dating back years ago when a doctor in his practice was arrested for possessing child pornography

Donalds said he spoke to both Eagle and Figlesthaler Tuesday evening after his victory was clear. He also spoke to Fort Myers Randy Henderson, the fifth place finisher, earlier in the day and shared positive words.

For more than a month, those four candidates remained the clear leaders in the race, trading spaces in available polling. But five other Republicans hoped to rise above the negative campaigning targeting the big four.

Henderson seemed the most likely to emerge as a dark horse. While criticized as a moderate city leader, he raised more than a quarter million and earned attention with a promise to take back a key to the city he had given to Minnesota Rep. Ilhan Omar years prior.

Disabilities activist Darren Aquino, who appeared frequently on OAN and earned some national attention for surviving the coronavirus, hoped connections from New York would play well in a community of retired northeasterners.

For all these candidates, there were nearly more. State Rep. Heather Fitzenhagen qualified to run for the seat but withdrew and filed instead for state Senate. Pundit Ford O’Connell also vied for the nomination, pulling together a team of Rooney veterans, but backed out as the COVID-19 pandemic rattled the economy.