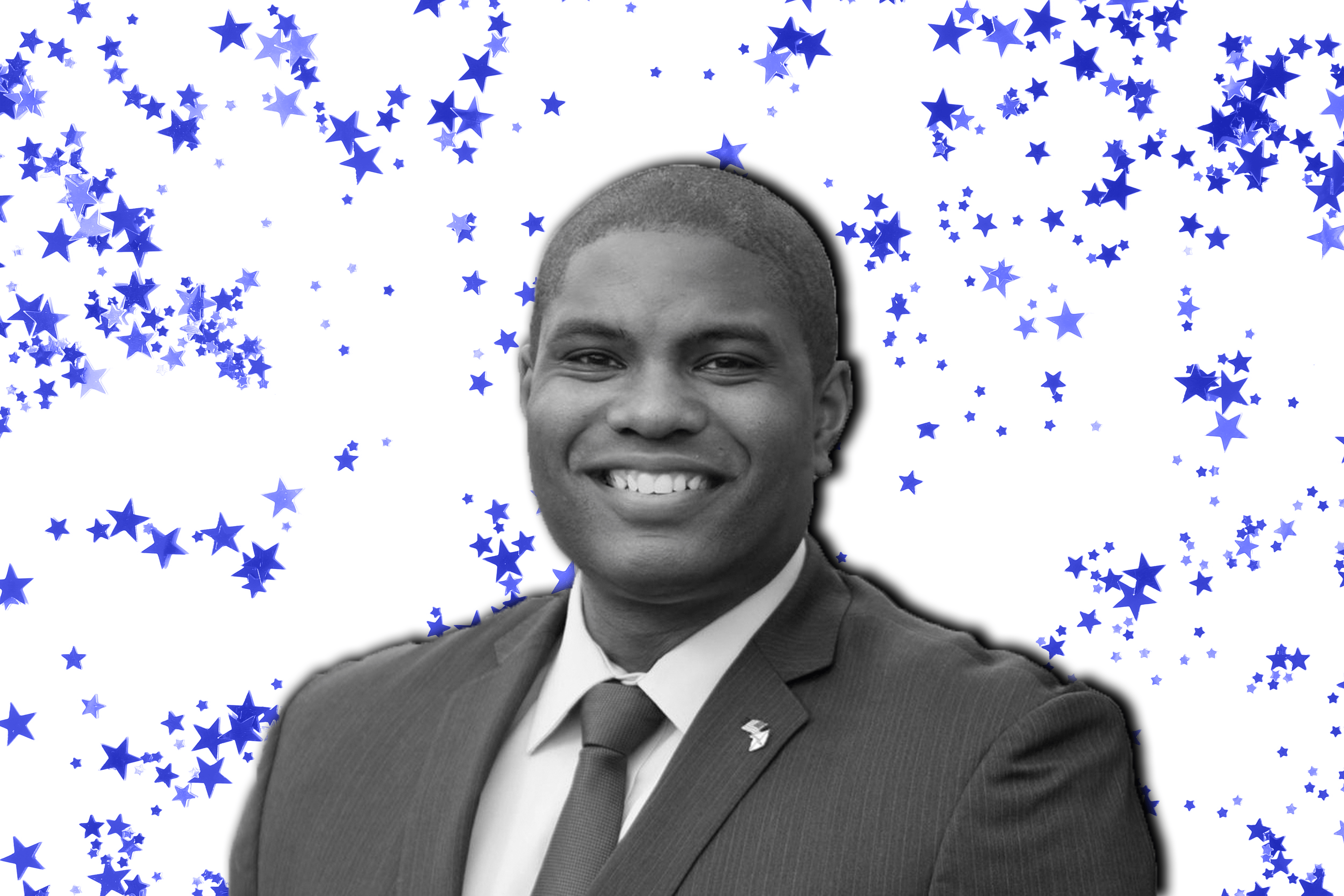 A text blasted out to phones in Florida’s 19th Congressional District say Byron Donalds dropped out of the GOP primary. But Donalds is still running, and he’s pointing fingers at one opponent he believes to be behind the dirty trick.

“A text message just went out from a rival campaign, and I know whose campaign it is,” Donald said in a Facebook Live video. “This is the Casey Askar campaign.”

Donalds and Askar are among nine people vying today for the Republican nomination for an open Congressional seat.

The mass text this morning falsely stated Donalds was quitting on Election Day. “While it may seem disappointing, I promise that my fight to expand the party and defend President Trump is now over,” it said.

It then shows a screenshot of Donalds with his wife and one of their children with a Fox 4 headline “Byron Donalds drops out of…” It also includes a hyperlink to a supposed statement, which is excerpted and mentions Donalds endorsements by Club for Growth and Americans for Prosperity. But the link is dead and doesn’t go to any site.

That’s because the tactic closely resembles a similar rumor being spread in the Iowa caucuses in 2016 that Ben Carson had dropped out of the Presidential race. But Carson had not, and pinned blame for the rumor on rival Ted Cruz’s campaign.

“They have been lying and they have been despicable this entire process but it ends today,” Donalds said. “You see it’s Election Day. You the voters have a choice to make. Do not follow the lies from this despicable text that came from Casey Askar. This is ridiculous. It’s time to send a proven conservative to Washington and not get into these petty political fights that only confuse voters.”

Of course, both Donalds and Carson are Black conservatives. If Donalds wins the election, he may be the only Black Republican serving in the House.

“Byron Donalds is 100% wrong,” reads a statement from the campaign. “The Askar campaign has sent 0 text messages today. We haven’t even seen the text to which he is referring. This is either Byron Donalds’ weak attempt at a last-minute political smear on Casey Askar, or it is the work of the political hacks on Dane Eagle’s team.

“Either way, they’re showing their true colors — they must be terrified of Casey to drop this in the final hours of the campaign.”

Eagle, a Cape Coral state lawmaker also is running. But for what it’s worth, that camp denies any involvement as well.

“I would never do anything like that,” said Terry Miller, Eagle’s campaign manager.  “That to me is below the line of ethics. It’s wrong.”

He said if Askar’s team was pointing fingers at Donalds and Eagle, that seemed “self-explanatory.”

Meanwhile, outside experts said whoever was responsible was not just violating scruples but potentially breaking the law.

“Unfortunately, some desperate campaigns and consultants turn to dirty tactics on the eve of an election or in this case on the day of the election. Such tactics may not be without consequence though,” said Benjamin Gibson, an attorney with Shutts & Bowen, whose practice includes election law.

“Florida law provides for criminal penalties for individuals that knowingly use false information to keep individuals from voting or interfere with their right to vote for the candidate of their choice. There are also civil penalties under Florida law for candidates that knowingly and maliciously make false statements about an opposing candidate. More should be done to prevent these last-minute dirty tactics designed to deceive voters.” 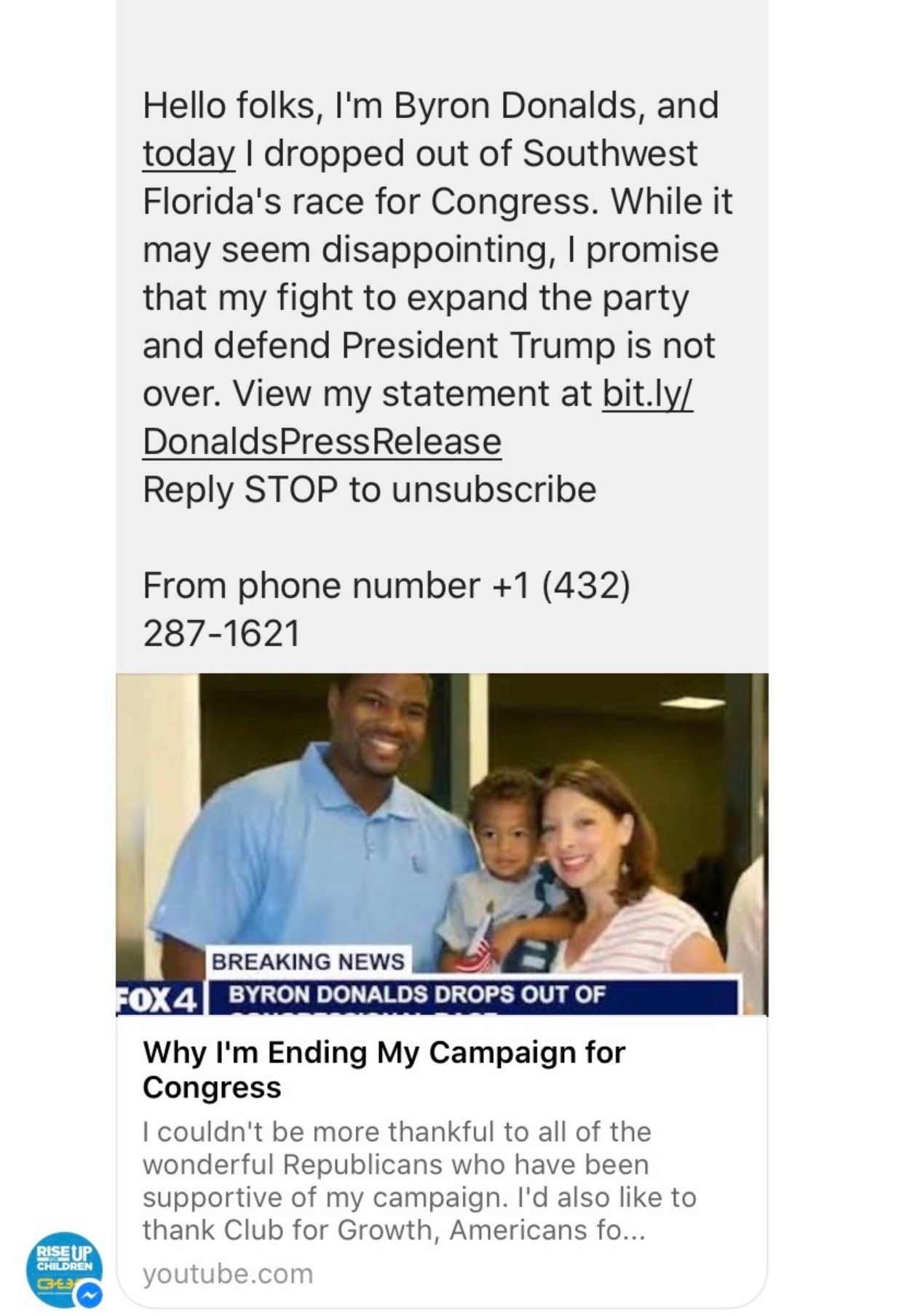