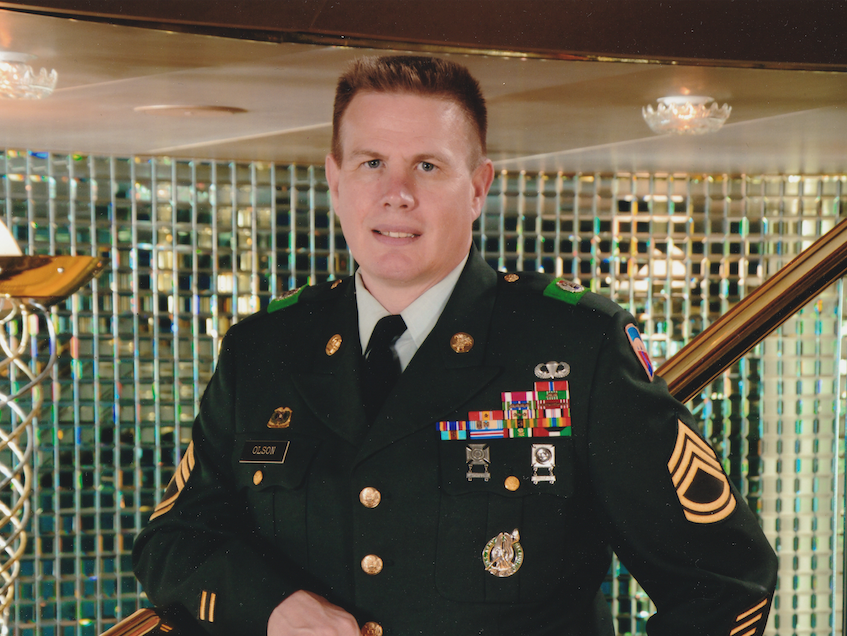 Olson, the first of four Republicans to file to run in CD 9 when he entered in March 2019, put together the only serious campaign and raised the only serious money. And in the end, voters across Osceola County, southern Orange County, and eastern Polk County said they like what they see.

That puts Olson in line to take on Democratic Rep. Darren Soto in November.

Olson is a decorated combat veteran who spent 27 years in the Army and says he earned his political education “in the Cold War frontiers of Germany and South Korea, as well as the battlefields of Kuwait, Iraq, and Afghanistan.”

Much of his platform has been about national security, from eliminating what he calls “illegal immigration incentives like the visa lottery and chain immigration,” to fighting radical Islam and pursuing energy independence for the United States.

Olson also talks about eliminating the Affordable Care Act. And he calls himself a Christian conservative whose guide stones include the Bible.

Heading into the primary, he had raised more than $220,000 and spent nearly $200,000 of that by the end of July, has had the resources for radio and digital advertising, direct mailings and numerous yard signs in the district. None of his Republican opponents raised or spent more than $35,000.

Yet it was Castillo who made waves in recent weeks, coming out on top of two key straw polls, by the Orange County Republican Party and the Hispanic Chamber of Commerce of Metro Orlando. But, as Tuesday proves, straw poll wins don’t necessarily translate to wins at the ballot box.

Though Olson won the primary with ease, he faces un uphill fight in November.

CD 9 has a strong Democratic lean. Soto first won the seat in 2016 with 58% of the vote and was reelected by the same margin two years ago.

nextVennia Francois gets shot at Val Demings in CD 10