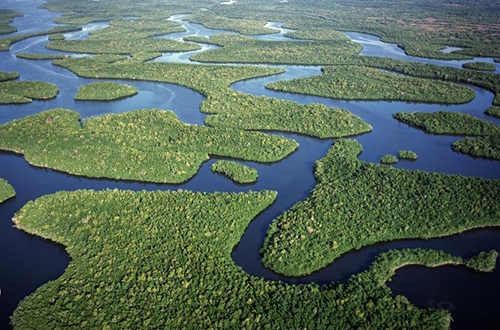 Democrats running for the Florida Legislature are amplifying an environmental message starting Tuesday.

The Florida Climate and Defense Initiative held a “Day of Action.” In the pandemic era, that means 24 hours of social media activism.

“This is being championed by young progressives because it is our generation who will be most affected by climate change,” said Rock Aboujaoude, a Democrat running in House District 10 and the initiative’s chief architect.

Three candidates for U.S. House signed on as part of the effort, most notably Donna Deegan, who is challenging Republican Rep. John Rutherford in Florida’s 4th Congressional District.

Aboujaoude said within hours of the start of the event, at least nine more candidates had already called to sign on the initiative as well, so the list of candidates running will grow.

Several stressed that as much as anything, the initiative shows this crop of candidates will value data and research ahead of politics.

“Our new wave of legislators is listening to scientists,” tweeted Brown, a Democrat running in Senate District 27.

The initiative itself lays out three major steps the Legislature must take. The first is the creation of scientist-led task forces studying resiliency, adaptability and the formation of a carbon-negative Florida, Aboujaoude said.

Aboujaoude, a second generation farmer who grew up in the LaBelle area, went to the University of Florida to study food and resource economics. He graduated in 2019 and worked as a senior environmental analyst in the Florida Senate before deciding to run for office himself.

He has likened the initiative to a Florida Green New Deal. He’s campaigned on issues like increasing availability of high-speed rail, which could greatly reduce emissions by gas vehicles on Florida highways.

“Our campaign is proud to be spearheading this initiative for our state and committing to 100 town halls to open up more conversation on important topics,” he said.

That’s a way to make sure people’s voices get heard and don’t feel regulations get foisted upon them. But he said it remains critical for science to lead politics, not the other way around.

“I saw in the Senate how science could always take a back seat to politics, and that politics always seemed to trump what was going on with climate change,” he said. “It was always a talking point or a selling point for something. They don’t ever bring climate scientists to the table just for taking the science for what it is.”

Jared West, a Democrat running in House District 10, called the Initiative “the most comprehensive climate action plan for Florida to date.

“My campaign will work here in HD-41 to create new green jobs, protect our waterways and fight to stop the ridiculous proposed toll road that would cause Florida panthers to go extinct,” he tweeted.

Brown stresses the initiative aims to spotlight the importance of Florida’s ecology to its economy.

“Worldwide, more than 500 million people depend on coral reefs for food, income, coastal protection from property damage. 99% of coral reefs will be GONE once global warming reaches 2 degrees Celsius above pre-industrial levels,” she wrote on Twitter.