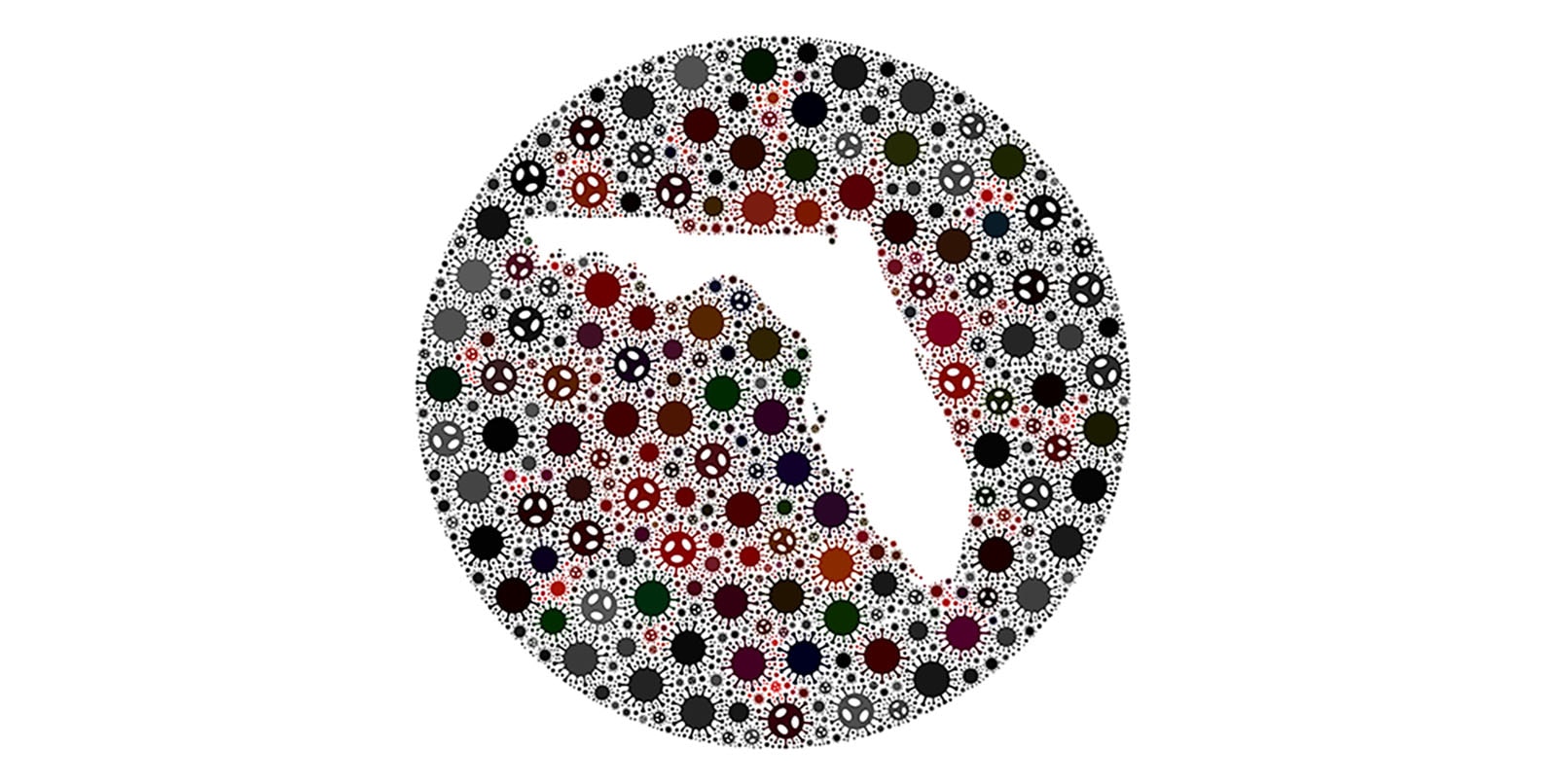 More than 11K people have died from COVID-19 in Florida

State health officials reported fewer COVID-19 cases and deaths Thursday as the pandemic continues to subside in the Sunshine State.

In the last 24 hours, the Department of Health diagnosed 3,189 individuals and confirmed 142 deaths. That’s down slightly from the 3,220 diagnoses and 157 fatalities reported in Wednesday’s update.

Among the 142 dead, 138 were Florida residents. Overall, 10,868 residents have died, as have 143 non-residents. DOH also removed three dead residents from the death toll.

Combining resident and non-resident deaths, more than 11,000 people have died from COVID-19 in Florida.

After peaking earlier this month, the increasing death toll is slowing down. In the last seven days, the death toll among Floridians has grown 117 per day, down from 185 per day in the seven days leading up to Aug. 5.

However, deaths are a lagging indicator of the pandemic. While deaths peaked this month, Florida has seen signs of improvement since July.

The 3,189 new cases cover residents and non-residents confirmed positive Wednesday morning to Thursday morning, down from the peak of 15,300 diagnoses reported in one mid-July update. For all-day Wednesday, the state diagnosed 3,300 positive residents, who had a median age of 43.

Florida’s testing positivity rate increased slightly Wednesday from 5.7% to 6.4%. But the seven-day daily average decreased from 6.1% to 6%.

Florida’s positivity rate dropped below 3% in May but rebounded during the pandemic’s Sunbelt surge.

Even though the positivity rate shows favorable signs, Gov. Ron DeSantis has stopped emphasizing the rate and is instead pointing to emergency department metrics. Emergency department visits and the statewide hospital census, DeSantis says, offer realtime data and aren’t contingent on reporting from private testing labs.

Overall, 37,718 Floridians have been hospitalized, an increase of 314 since Wednesday’s report. But the Agency for Health Care Administration reports that 4,285 people are currently hospitalized with the disease, down 116 from 24 hours earlier.

As schools reopen, DOH is tracking cases in the state’s youth. As of Wednesday, 48,928 Floridians 17 or younger have tested positive, 611 have been hospitalized and eight have died. The youngest person to die in Florida was a 6-year-old Hillsborough County girl whose death the state reported on Friday.

DOH has received results from 4.5 million Floridians and 19,000 non-residents tested for the virus. Among those tested were 58,766 individuals tested Wednesday.